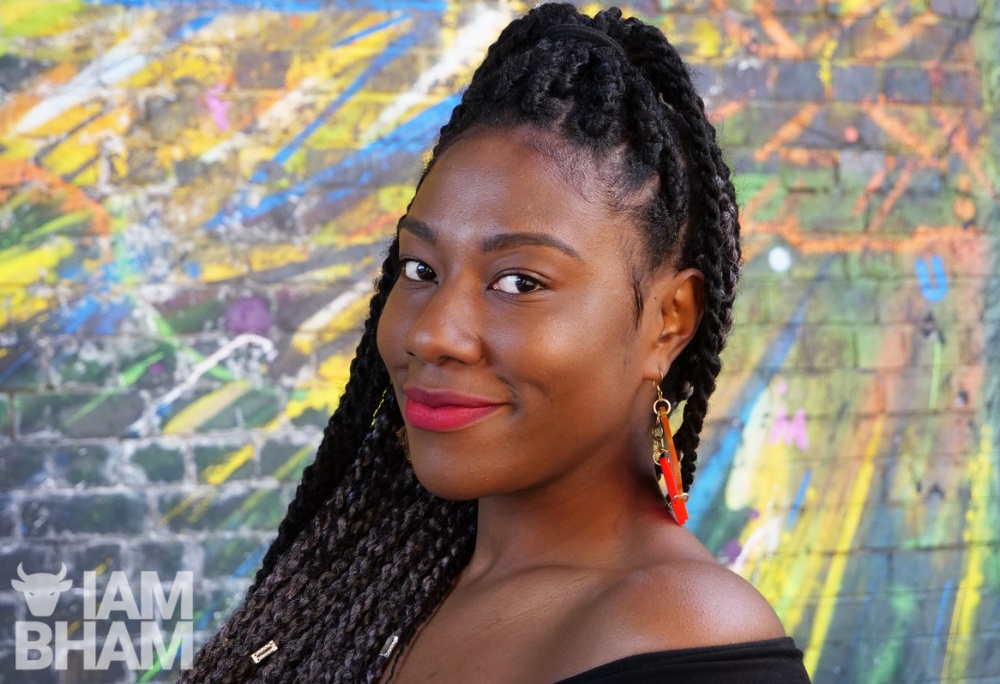 Sam Jordanne is a photographer from Birmingham (Photo: Adam Yosef)

Birmingham-based photographer Sam Jordanne has a passion for capturing images with a cinematic quality.

Her imaginative and creative style is unique and aims to compliment her work as a videographer. Having captured stunning portraits of professional musicians and artists, she discusses her passion for photography and why representation is important.

How did you get into photography?

I got into photography through just growing up in general. I come from a family with quite a creative background, my sister taught photography, my mum studied filmmaking and cinema, and I was kind of brought up in and around that atmosphere.

I started studying filmmaking at university and wanted to make short films and feature films. I just developed a passion for all visual arts and I found that with taking photographs I could almost create a still from a film that I would like to make, so every photograph I take almost has a film around it, like a wider sort of film that it comes from, like a snapshot from it. I think what I got a passion for was being able to tell stories in a shorthand way because all I’ve always wanted to do is tell stories.

How would you describe your photographic style?

So I think my photographic style is probably quite filmic, I’ve always had a love for cinematography and I get very passionate about seeing great cinematography in film so that’s something I try and recreate with any picture that I make.

With any photo that I take I always try and give it a filmic undertone. I’m very inspired by colours, by shooting people as well and through conveying narrative through almost a neon like vibrance of lighting.

What would you describe as some of your photographic highlights?

I’d say one of the highlights of my photographic journey would probably be the first music video that I ever got to shoot and that was because I was able to really push the boat out and try new things I‘d never tried before.

Whenever I start making anything, any sort of shoot, whether it be video or photography, I always start with a storyboard of images or a scrapbook of images. So often I’ll head to like Pinterest or Instagram and I’ll just absorb everything that inspires me and that was something I got to do with that music video and it was a chance to really try different things. I’m really proud of the things I accomplished with it because I was able to really push myself and reach a level that I didn’t realise I could.

You’ve shot music artists and movie stars. How did that happen and were you nervous or did you just take it in your stride?

So I’ve shot music stars and film stars and I guess when shooting them I just really took it in my stride. I think sometimes there is a point where you get a bit overwhelmed

and you can start to doubt yourself, but I think one of the great things is to build a proper rapport with them. If you relax, they relax, so it was always really important that whenever doing that we’d always have to have a moment where we just relax and talk things through bounce ideas around and just go from there.

In a way that’s how I approach every project so filming artists and film stars is no different. It’s kind of the way that I like to approach things with everyone.

What would you say are some of your favorite photographs you’ve taken?

I think definitely one of the first ones where I started to find my footing in terms of style was a photograph I took of a friend of mine who’s an actor and model. We did a shoot with green smoke bombs and blue smoke bombs and all sorts of colours but particularly one I took of him with the green smoke I absolutely loved.

Also there was an editorial that I did with actor Antonio Aakeel that was fantastic. That was a really really good opportunity to just build a nice rapport and then use that energy and put it into the shots.

Then there’s a few that I’ve taken with musician James Indigo who’s an upcoming artist. We’ve been able to take quite a few different shoots together but one in particular that I really enjoyed was one where we wanted to really look at the contours of the body and have this really harsh contrast against this dark background. Again, that was just something that I always had in my mind that I wanted to do and it was really thrilling to be able to make it a reality.

Which photographers do you look up to?

I really like Braylen Dion, he’s an Atlanta based photographer. He shoots a lot of ethnic minorities, he has a really nostalgic sort of style, I absolutely love his work. I really like Jora Frantzis, she’s a photographer and filmmaker and I love her work, it’s got this absolutely punchy vivid sort of film quality to everything she does.

I’m really inspired by Nadia Lee Cohen as well, she’s a British-based photographer and filmmaker and she’s since gone to LA and made a lot of different sorts of campy style photo shoots and music videos. I absolutely love her style too.

What is one of your favorite photographs of all time by another photographer?

I think it’s really important that we have exhibitions like this one in Walsall to really showcase and show just how versatile Black female photographers can be. I think there is a bit of a stigma that if you are creative from an ethnic background that you’re not as versatile as your white counterparts, which just isn’t true.

Often, I do think there’s a stigma for minorities to only create art for ethnic minorities and that is not true. We are able to create art and creativity for everybody and I think it’s so important for things like this exhibition to just showcase and highlight this inclusivity that needs to be addressed and highlighted.

Black History Month why is it important to you and how can your photography be part of awareness raising about black identity?

I think when it comes to Black History Month, it’s really interesting because I’m Black all year round so I feel like it’s nice to take a month when there’s a snapshot of the potential of what Black creatives and Black academics can do.

But I feel like it shouldn’t end with just a month. I feel like it’s something that goes on all year round, but I love the fact that we’re able to really come together and maybe bring it to people who are unaware of that; and I hope for the future that in doing Black History Month, we cannot only have it for a certain amount of time but continue that focus and engagement all year round.

How can your photography be part of highlighting, celebrating or raising awareness about Black identity?

I feel like, with myself and with the people that I’m working with, we’re all just trying to climb through the industry and as we are we’re bringing each other up and that’s the way it should be because it is so very difficult. I feel like my photography is definitely a good basis for that because it does showcase so many different minorities and the capabilities, and the different things that they can do.

Where do you hope your photography will lead in terms of a career and a personal passion?

I’ve always had this thing inside my head that I wanted to shine a light on systemic racism in a progressive form and in a different sort of way, in order to highlight the battles that I think minorities go through.

If I hold it up from a different perspective, I’m hoping that it will reach more people and maybe help them to understand the hardships and things that we can go through. So, in the long run, I would love to make a feature film, I would love to put my passions into moving images as well as still images.

Where can people find you and your work online?