REVIEW: His House – a different kind of horror film for Halloween 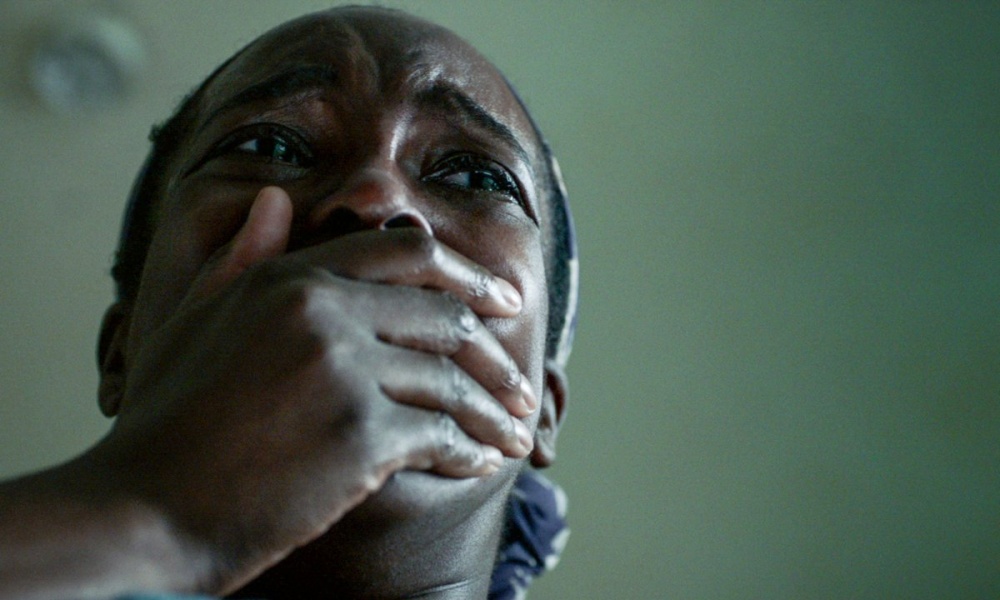 'His House' offers horror film fans a rare type of experience with themes of racism and grief (Photo: Netflix)

A new horror film arrives on streaming giant Netflix in time for Halloween which explores guilt, grief and alienation.

‘His House’ is the feature film debut of writer-director Remi Weekes and he shows real flair and control of the themes at the core of this horror film.

A couple nursing a tragedy flee war-torn Sudan for a better life in Britain. Their experience as refugees in an English council estate brings to surface a horror that is lurking in the decrepit house that the couple have been grudgingly allocated.

Horror fans who are seeking scares that go beyond the traditional zombie, slasher, gore, or monster genres will be treated to horror themes that are much closer to reality.

The script uses the journey and experience of the refugees to reveal horror that many people will be able to identify. The horror of unpaid bills, the lack of food, piles of uncollected rotting garbage in black bin bags piling up on the streets, rodents infesting homes, the fear of feral youth gangs prowling about at all hours of the day and night, the loss of identity and not being accepted, and the paranoia of being seen and labelled as the cause of all the troubles in the world.

The inhuman horror of racism is ever present, and some of the racism and lack of empathy comes from unexpected and shocking quarters. The ignorance and lack of human warmth shown by the officers who work in the refugee centre, and by the local people who live on the estate where the traumatized couple are housed, is shocking and callous.

The cockroach infested house where the refugee couple are granted to stay by the authorities is decaying and rotting away, the wallpaper is soiled and there’s signs of mold on the ceilings and in corners.

The haunted house tropes are replaced by the internal fear felt by the couple which begins to manifest itself in their external world. The collision between physical and psychological paranoia unleashes buried horror.

The two actors who take on the central roles of the refugee couple deliver solid performances. Sope Dirisu (from ‘Gangs of London’) plays the husband and the role of the wife is performed by Wunmi Mosaku (from ‘Lovecraft Country’). Both of them are absorbing and fuel their roles with intense realism. Matt Smith (from ‘Dr Who’) plays a furtive and fast talking bureaucratic worker who’s assigned to settle the couple in the house.

The film wisely keeps the attention focused on the emotional journey of the refugee couple and rarely steers too far away from that canvas. This investment enriches the characters and they both develop into complex and real human characters who are trapped in a nightmare from which there seems to be no immediate signs of escape.

The sound in the film is delicately employed which allows the audience to home in and hear the sighs of hurt and anguish expressed by the refugee couple who are battling with the tragedy they experienced on their trek to find safety in a foreign land. The sounds of sirens blaring and mingling with the shrieks and howls of the gangs outside the house adds tension to an already tense and doom laden atmosphere inside the dark building. Disembodied whispers and murmurs overlap and linger in the darkened shell-like interior of the house.

The house itself seems to be ‘breathing’ and watching, and waiting. The music is muted and eerie, with natural sounds merging and drifting in and out of a murky lyrical haze that ignites the memories of the couple. The discordant soundtrack accentuates the post-traumatic stress disorder that the refugees are trying to suppress.

The cinematography contrasts the rich dusty yellows and earthy colours of Sudan, seen in the prologue of the film, with the steely blues and murky grain of the British scenes which conjures up a cold and forbidding landscape.

The director of photography ensures the audience are aware that the beleaguered refugee couple have traded in one war zone for another. The atmosphere around the English estate is hostile and uncertain even in the daylight scenes.

This horror film sidesteps genre clichés to offer up a timely human drama that chills the mind with how inner pain and grief can cripple existence no matter which part of the world you escape to.

The bureaucratic maze in which the refugees find themselves in, with officials showing minimal human feelings towards the new arrivals, and the confusing maze of life on the bleak and neglected council estate, piles on man-made horror.

Human beings have a way of inflicting horrific pain upon others, sometimes without even knowing. ‘His House’ manages to entertain and educate the audience about the people behind the headlines. The director reveals that refugees are not just statistics, or a convenient football kicked about by leaders to gain political points, these are people who have been brutalized and scarred.

‘His House’ is a daring and poignant horror film which showcases the debut of an exciting new director.