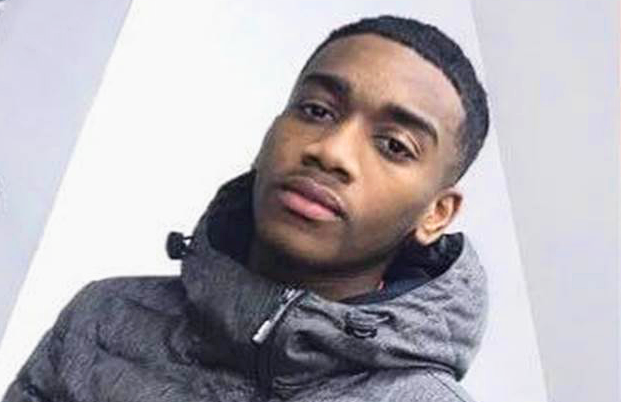 Abdul Wahid Xasan (pictured) was the tragic victim of a drive-by shooting in Coventry (Photo: WMP)

The gunman was aged 19 and his co-conspirator just 15 when they killed Abdul Xasan in a cold blooded drive-by shooting in Coventry earlier this year.

A man and boy are set to be jailed for life for the shocking murder of a victim who was aged 19 at the time of his death. The grim reality of children being drawn into gangs was laid bare again on Thursday 26 November after two young men were convicted of murder.

Mr Xasan was gunned down as he walked along Harnall Lane into Adelaide Street in Hillfields just after 2.30pm on 13 March 2020.

A post mortem examination revealed he suffered two gunshot wounds to his back which caused catastrophic internal injuries. He tragically died in the street at the scene of the shooting.

The shooter and his child getaway driver made off in a VW Golf Type R – stolen in Rugby the previous day – and arranged for others to set it on fire in an attempt to destroy forensic evidence.

However, their escape methods proved useless as police quickly moved in and made swift arrests.

Detectives quickly identified them as potential suspects and both were arrested in the early hours of the next morning after their homes were raided in Coventry.

Both of the suspects were electronically tagged at the time due to their suspected involvement in other offences – and police seized tagging information that showed they were in the street at the time of the murder.

Police discovered shotgun cartridges in the burned out car which ballistics experts were able to match with the spent cartridges recovered from the murder scene.

Despite strong evidence against them, the teenage suspects both denied murder. However, following a four week trial at Birmingham Crown Court both of the young men were found guilty.

The jury found the gunman, now aged 20 and from Longford, unanimously guilty. The jury reached a majority verdict regrading the other suspect, now aged 16, who is from the Stoke area of Coventry.

The two convicted killers will be sentenced on 22 December and are likely to receive life custodial sentences.

For legal reasons the names of the two killers cannot be revealed at this stage.

A police spokesperson said the two offenders were linked to the C2 gang in Coventry while the victim was connected to a rival group known as RB7.

Detective Chief Inspector Scott Griffiths, from the Homicide Unit, led the investigation into this tragic killing.

He said: “There had been ongoing tensions between the two groups, including firearms discharges, in the lead up to the murder.

“What happened was outrageous: a shotgun fired several times in a public street in the middle of the afternoon. It happened not far from a nursery. Other people not connected to either gang could easily have been injured.

“It’s a really tragic case and a stark reminder of the consequences of getting drawn into gangs. One young life has been lost and the lives of two others, including a young child, have been utterly ruined.

“We can help people who want to turn their backs on gang culture. Along with our partners including charities and support groups, we can help young people make better choices.

“But for those who insist of affiliating themselves to violent gangs there is a very strong possibility they are going to be seriously injured, killed or spend much of their life locked up in jail.”

WATCH | The moment Abdul Xasan is victim of Coventry shooting: