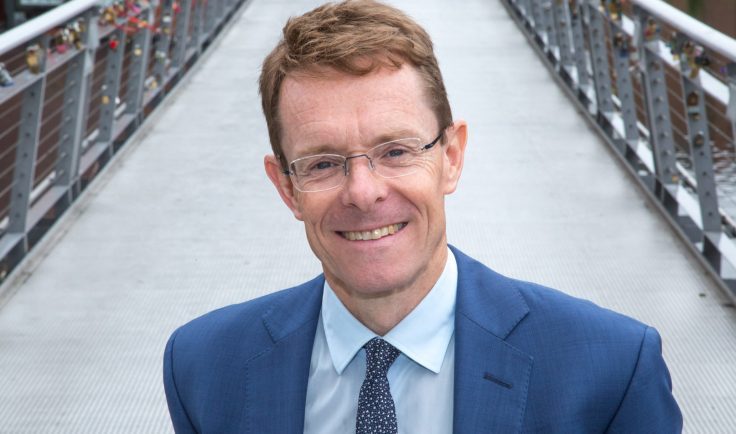 Andy Street has been re-elected as regional mayor by the people of the West Midlands following a nail-biting political battle with Labour candidate Liam Byrne.

Announced as the winner with 314,669 votes against Byrne’s 267,626, Street said he was ready to serve a second term as the region’s metro mayor to build something “very special”.

Following hundreds of thousands of ballots cast across the West Midlands on Thursday 6 May, the final votes were calculated during a tense count at the Utilita Arena in Birmingham earlier today. Ballots were being counted at the venue for both the West Midlands Mayoral election and the West Midlands Police and Crime Commissioner election.

During the count, Street had a promising start with wide support from Wolverhampton, Walsall, Solihull and Dudley, even gaining more votes from Birmingham residents than he did in 2017; coming within inches of clinching victory in the first round alone.

Yet, although the incumbent mayor was in the lead on 299,318 first preference votes against Liam Byrne’s 244,009 votes, he was still just 1% shy of the 50% mark needed to win, so the race for mayor went into a count of second preference votes.

Of the candidates eliminated after the first round, Steve Caudwell of the Green Party took the lion’s share of votes with 35,559 ballots, followed by Liberal Democrat Jenny Wilkinson who received 21,836 votes and Pete Durnell of Reform UK trailing behind on only 13,568 votes.

With all second preference votes taken into account, Byrne failed to make up ground and Street led with over 55,000 votes to win the mayoralty with a total of 267,626 votes, ensuring a second term for the Conservative Party politician.

“I want to thank everybody who’s put their faith in me this afternoon. There’s no doubt at all that this afternoon is a victory for the Conservative team across the West Midlands.

He added: “But our success, ladies and gentlemen, goes well beyond the Conservative team so I also want to thank everybody else who’s come on board over the last few years, and shares what I would describe as our vision and indeed our belief in the renewal of the West Midlands.

“It’s that growing sense of unity, that sense of shared purpose here, that makes me very certain that we will succeed.”

He added: “We do face some serious challenges after COVID has impacted our region and we’ve got no time to waste in addressing the underlying issues that have been exposed by the pandemic.

“But equally, there is absolutely no question that this place will bounce back  stronger and that we create what I call a dynamic, democratic and inclusive society because that is what everybody on my team is fighting for.”

Andy Street’s victory means he will be the Mayor of the West Midlands until 2024, as the directly elected leader of a combined authority. The combined authority consists of the seven constituent members of the regional authority – Birmingham, Coventry, Dudley, Sandwell, Solihull, Walsall and Wolverhampton.

The Mayor chairs the West Midlands Combined Authority Board and has powers and responsibilities to make strategic decisions across the whole region. This is in contrast to local council leaders who only make decisions for and on behalf of their local authority.

Having a West Midlands Mayor is a key part of the devolution deal struck between the WMCA and Government in 2016, giving the region and its elected politicians greater powers and control over how funding should be spent.

Mr Street will have responsibility for some of the biggest issues affecting the lives of around 2.8m people in the West Midlands.

Early polls had suggested Street would win the election but noted it would be a close race, similar to the region’s first mayoral election in 2017 which Street had won by barely 4,000 second-preference votes, sending shockwaves in what has long been politically considered a Labour heartland.

Former John Lewis boss Andy Street was originally due to hold the office for only three years, with the second election for the post taking place in May 2020, but this was delayed for a year due to the COVID-19 pandemic, so Street’s first term was extended by a year, with the second term length being reduced to three years between 2021 and 2024. The Mayor’s term of office will return to four years from 2024 thereafter.

Who is Andy Street?

Starting on the John Lewis graduate scheme, Andy rose through the ranks to become managing director, overseeing one of the most successful periods in the company’s history.

He was also chair of the Greater Birmingham & Solihull Local Enterprise Partnership (GBSLEP) between 2011 and 2016, helping to build the relationships that have underpinned the economic growth of the region.

Additionally, he has been lead non-executive director for the Department for Communities and Local Government as well as a member of the Prime Minister’s Business Advisory Group.

Outside of work, Andy is passionate about the arts, particularly in the West Midlands, having previously served as vice chairman of Performances Birmingham Limited, which is responsible for running the city’s Symphony and Town Halls.

In June 2015, Andy was awarded the CBE for services to the national economy. He was named ‘Most Admired Leader’ by business magazine, Management Today in 2014 and received the ‘President’s award’ from the Greater Birmingham Chambers of Commerce for his work in the region.

Street is also a campaigner for LGBTQ+ rights and has spoken at Birmingham Pride several times during his role as West Midlands mayor.

According to his website, as the region’s mayor, “his focus is creating new jobs and apprenticeships, delivering better transport and providing more homes – focusing on brownfield sites” while he also claims to be “working for our region, championing our interests – promoting pride in the West Midlands and all its communities.”

Below are the names of 5 candidates who stood for the Mayor of the West Midlands Combined Authority and their respective election results:

The total turnout for the West Midlands Mayoral election was 31.23%. * Votes secured before second preference elimination.