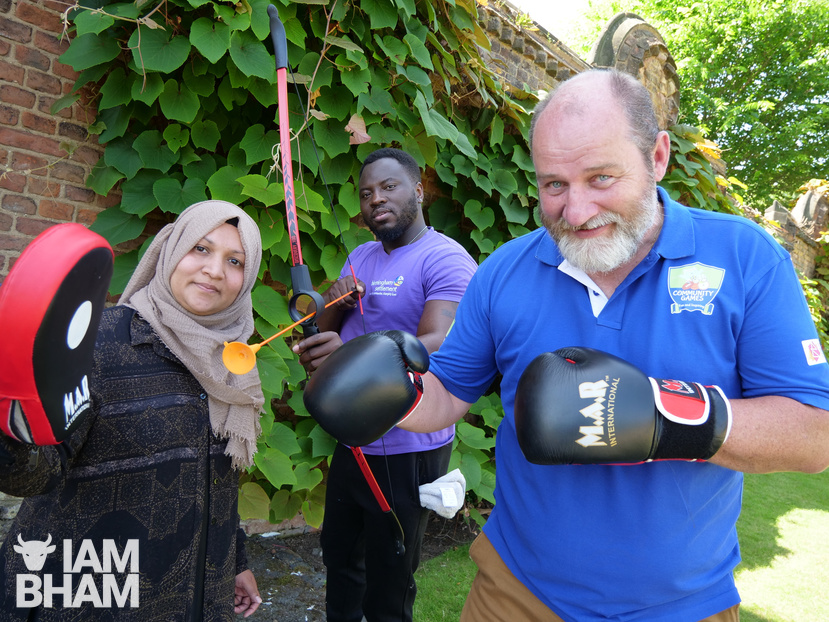 The first-ever Aston Community Games will be launched this weekend by the Lord Mayor of Birmingham.

To mark a year until the Birmingham 2022 Commonwealth Games and to bring communities back together following pandemic isolation over the last 18 months, Brummies are being invited to an outdoor sports-fest in the sunshine.

Being held at Aston Park outside Aston Hall, the free public event will host a range of sports and community activities including tennis, football, badminton, cycling lessons, circuit training and Zumba aerobics.

Organisers are encouraging residents are encouraged to bring picnics, while an on-site cafe at Aston Hall will also be selling food and drink.

The event has been co-organised by local groups Saathi House and Birmingham Settlement, with support from Aston Villa Foundation and Aston Hall.

Set to become an annual extravaganza, the inaugural Aston Community Games have been created to encourage “local pride and bring residents together to work towards better health” say organisers.

“The Aston Villa Foundation is the community arm of the football club. We have the traditional football which the club takes control of and but we run all the community activities, all local charity partners, things like that. We work with local communities as much as we can.

“The Aston Community Games is the first time we’ve run anything like this. After the last 18 months, obviously we haven’t been doing much community stuff, particularly on a large scale, so we thought a Community Games would be a really good way to start bringing people out of lockdown and also letting local people know what services are available to them.

“A lot of the time there’s so much going on locally but they don’t realise it’s available to them. So then we can look at stuff like Zumba, archery, football, it’s all on their doorstep so this Community Games will be a good chance for them to see it all.

“It’s going to be a real buzz and we hope it’s going to be the start of something that every year we will traditionally have the Aston Community Games. So you don’t want to be the person left out so come down, have an ice-cream if the weather’s good and see what’s going on!”

“Saathi House is one of the primary partners of the Aston Community Games. It’s basically a day where all the local community organisations come together and celebrate what is best about Aston.

“We all know we’ve had a really tough year, a challenging year, so it’s about actually getting everybody out in an open space, Aston park where Aston hall is based. We’ve got Aston Hall Football Club involved, Birmingham Settlement, Community Games and of course Saathi House.

“We’ve got over 20 activities happening on the day so it’s a day for family, women, men and young people to come together and enjoy a bit of outdoor activities. We’ve also got the Commonwealth Games happening in this city in a year’s time so it’s also building up that momentum and getting people active in a safe space. Hopefully the weather will be nice!”

“Aston Community Games is an opportunity for people to come out. If you think about what’s been happening for the last 12 months in society with Covid, it’s something that people can look forward to, gets people out of their house, gets them back to social interaction and we know there’s a massive benefit to that,” he said.

“It’s really an opportunity for people to come together, meet one another, interact with football, games, 5-a-side, cricket, so it’s a fun day really.”

Dennis Kennedy, founder of Community Games in Sutton and now across the city, said:

“Community Games are all about introducing local people with local organisations, more often than not sporting clubs and organisations.

“The Games that we’re holding in Aston in August have a slightly broader reach so local sporting clubs and local interest groups, people from the local church, the local gardening association as well; so we should have quite a varied and interesting mix of groups and organisations for people to come along and connect with who are all from their local community.

“We’ve got things like Zumba, football, tennis, badminton, catchball, there’ll be some face painting, there’s be some chair based activities, there’s also going to be some nordic walking, we’re going to have a gardening association, there’s about 25 different activities and organisations that people can come and enjoy, meet and talk to and just have a good time!

“It’s fresh air and fun with your family. Come out and have a lovely day in the gardens of Aston Hall, meet some local people, have some activities, smile, laugh, bring a picnic if you want, sit on the grass and just have a nice afternoon out with your family and friends, something people haven’t been able to do in a while now.”

Aston Community Games is being supported by Birmingham 2022 Commonwealth Games and takes place outside Aston Hall on Sunday 8th August 2021 between 11am – 4pm. You can register free tickets here.