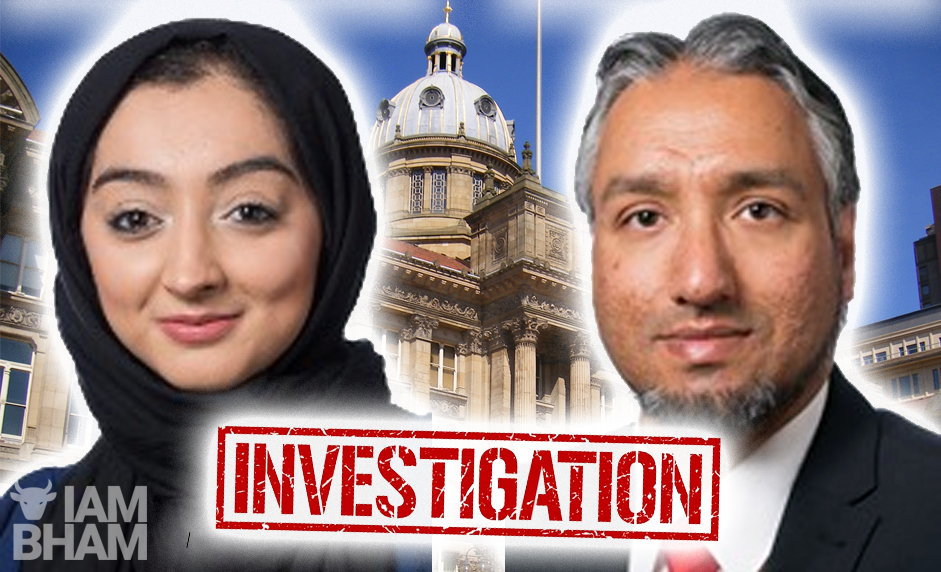 A city councillor who is facing a public protest from angry residents is to be investigated by Labour Party colleagues, Birmingham City Council leader Cllr Ian Ward has exclusively told I Am Birmingham.

An investigation into the conduct of Cllr Zaheer Khan is underway ahead of a planned protest being organised by frustrated residents against Labour councillors Cllr Zaheer Khan and Cllr Safia Akhtar, both of whom represent the Small Heath ward.

Exasperated residents from the Small Heath neighbourhood are gearing up to stage a protest on Tuesday (14 Sept), when Birmingham City Council holds a full member meeting, to demonstrate against what they claim are “incompetent and dormant” councillors representing their ward.

According to Small Heath residents, the protest is a response to their complaints and appeals to the councillors regarding local issues having “fallen on deaf ears”. They claim the councillors are not replying to messages or holding regular ward meetings, and are failing to tackle issues afflicting the area.

In light of residents’ allegations that their elected representatives are failing to serve them, I Am Birmingham reached out to both Small Heath councillors.

Cllr Khan returned an automated email reply, stating he was “currently on annual leave”, a response many local residents have also confirmed they have received; while Cllr Akhtar failed to respond to I Am Birmingham.

After the response from Cllr Zaheer Khan was brought to the attention of Birmingham City Council leader Cllr Ian Ward, he exclusively revealed to I Am Birmingham that an investigation into the matter is now underway.

“The Labour Group Chief Whip is investigating the response you received from Cllr Zaheer Khan.”

We also asked Cllr Ward to comment on speculation, shared by Small Heath residents on social media posts, that the two councillors of the ward had been advised not to attend the council meeting due to “safety issues” surrounding the protest.

Cllr Ward stated: “I expect both Councillors Safia Akhtar and Zaheer Khan to be present for Tuesday’s council meeting.”

Residents in Small Heath say they have “had enough” of being ignored and are planning to stage a protest to highlight their grievances against Khan and Akhtar, accusing the councillors of “failing to represent” them.

“This protest is taking place because residents of Small Heath have had enough of the area not being represented by both councillors who seem to be dormant and clueless about their responsibilities.

“They do not reply back to emails and have not held any ward meetings. Furthermore, no ward plan document has been produced for 2018-22 by these councillors when they came into office in 2018.

Welcoming the internal investigation, Ali added: “There needs to be a serious investigation into this. We demand accountability from our elected representatives.

“The Small Heath ward needs proactive councillors who can work for the residents and deliver results.”

“Crucial health and safety issues in the area, such as used syringes in parks and near local schools and clearing dead wildlife from the infested boating lake in Small Heath Park, have been left to local volunteers to deal with.

“We’ve contacted the councillors and also tagged them on social media posts about serious issues but we’re constantly ignored. People have even received ‘I’m on annual leave’ messages when they try to raise important issues in the area.

“Residents are fed up of fly-tipping, HMOs, open use of drugs, gun and knife crime, unclean streets, less policing, underfunding, etc. The situation keeps getting worse day by day.

“The ward faces a multitude of challenges but these councillors have failed to come up with a plan to work with residents and engage with the authorities. The area has been left neglected and abandoned.”

Mr Farooq added: “Many of us are loyal Labour Party members, and because of the way these two conduct themselves, we will not be voting Labour if they are selected as the candidates for the Birmingham Local Elections in 2022.

“We’ve been going house-to-house and collected over 1,000 signatures for a petition against these dormant councillors, and there’s also an online petition.”

The protest will take place on Tuesday 14th September at 1pm outside The REP Studio theatre in Centenary Square.

I Am Birmingham has reached out to Cllr Zaheer Khan about the investigation and is awaiting a reply.