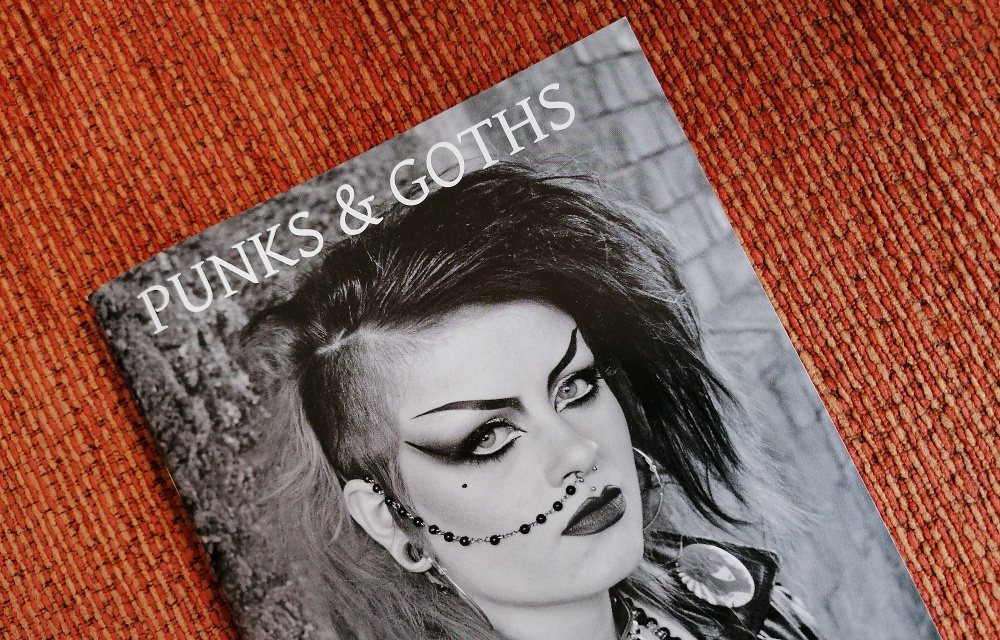 A limited edition photography zine arrives fresh from the printers and it throws an exciting and positive spotlight on a section of society that is often viewed with suspicion and fear.

‘Punks & Goths’ by Birmingham-based photographer Rizwan Ali Dar is a work that challenges the stereotypes and prejudices suffered by people who dare to live life in their own unique and diverse way.

A new photography zine called ‘Punks & Goths’ – produced in Birmingham – celebrates people and groups whose tales are rarely told in a positive light. The zine showcases contemporary portraits of punks and goths, including words from the sitters, and celebrates their courage and styles.

Photographer Rizwan Ali Dar, 39, who hails from the Sparkbrook area of Birmingham, has long had an interest in showcasing what he refers to as “the underbelly” of the city in a positive and open manner rather than the usual sensationalised imagery and indignant headlines that mainstream society associates with groups who exist below the social radar.

Speaking exclusively to I Am Birmingham about what inspired him to produce the ‘Punks & Goths’ zine, Dar said: ” I was inspired to start this photo series looking at the underbelly of our society and looking to see those people that get passed by without realising that they have lives that are as flourishing and valid as ours.”

Dar’s publication explores themes of identity and acceptance, and it celebrates the courage of people who defy convention in their pursuit to be unique in a world where conformity seems to be valued more than individuality.

Prejudice, condemnation, and sometimes even violence, are meted out to people who choose to dress in a certain way or who dare to follow a social culture that is frowned upon and labelled a ‘subculture’ by intolerant voices in society. Fear, outrage and stereotypes are directed at people or groups whose lifestyles are interpreted as ‘confrontational’ by the establishment.

Emilijian, whose portrait appears in Dar’s zine, writes about what the punks and goths scene means to him: “It’s not just a subculture, it’s a beautiful lifestyle.”

Most of the individuals who appear in the zine express key ideals which emphasise identity, acceptance, and freedom of choice.

Tony, who was inspired to become a punk after his father – a skinhead – introduced him to punk music, writes: “I can be myself I feel free and I feel safe so it means a lot, nothing can stop me to be who I am.”

Another individual in the zine, a woman called Jade who follows the punk scene, writes: “The feeling of being part of the genre is incredible, it’s one of the most accepting genres I’ve ever been involved in and I wouldn’t change it for the world.”

Saffiyah Khan, whose courage to stand up and face off with the Islamophobic EDL demonstrators in Birmingham, also appears in Dar’s zine. She highlights the double-standards of the class divide where people from higher classes are free to dress in whatever style takes their fancy and make hypocritical speeches about “struggle and rebellion” yet when people from lower down the social ladder do it they get labelled or viewed with suspicion.

She writes: “There are plenty of toffs who play dress up in their worst clothes and sprout some patronising political vomit about struggle and rebellion.”

Dar’s zine challenges negative stereotypes and there is a real sense of joy and celebration in the selection of portraits in the publication.

Dar believes that in the current age of mass media, and rapidly advancing communications technology, the camera is an important storytelling tool which can be employed to showcase untold stories about misunderstood people and groups who exist on the fringes of society.

Talking about an image saturated world where pictures dominate social media platforms, Dar said: “We live in a social media dominated world and images are the bulk of it, so I was inspired to tell the stories of our fellow travellers in life, whose lives are viewed with suspicion, and give them a voice through a visual medium.”

Dar also explained that photographers should “immerse” themselves when exploring another culture, and document the subject matter with integrity and without prejudice.

He said: “As a photographer I believe that it is essential to address prejudice, ignorance, and conformity in the current climate where groups of people are too quickly polarised and judged because they ‘don’t fit in’.

“To really understand the stories of people who live below the social spectrum you have to immerse yourself into a new experience of storytelling.

“Also, you have to really push yourself to see this largely unexplored, and sometimes closed world, without any personal prejudices or hindrances.

“Honesty and openness are absolutely vital. The material shot during the ‘Punks & Goths’ sessions produced a variety of images which I hope will offer a more rounded view, and also challenge and widen the views of the public when it comes to these groups.”

Dar spoke about some of the challenges he experienced while working on the project: “One of the challenges that I faced was that it’s a subculture and I had no contacts, and as such finding people to participate in the photo shoots was hard.

“The best place was social media. I messaged people explaining the series and what I wanted to achieve and if they wanted to have their photos taken, with a small written interview.”

This combination of warm and honest portraits, with words from the people, proves engaging and draws in the viewer. The door to a seemingly closed world opens up.

Dar, who has previously shared his photographic material on his social media page decided the time had come to publish some of his pictures in a new format: “I decided this year to start releasing the photos as a zine through my publishing outlet Birmingham Small Zines.

“I felt it was about time that people had something physical that they could hold and see rather than just viewed as a digital image on a screen.”

The word ‘zine’ conjures up images of cheap paper, leaking ink, and blurry photos. This is not the case with ‘Punks & Goths’. The limited edition A5-sized zine, issued through Dar’s Birmingham Small Zines, is a beautiful publication, with paper that is glossy but without any annoying sheen or glare, and the dynamic portraits inside the zine appear textured and atmospheric.

Dar’s choice of using crisp monochrome for the project brings a raw and evocative quality to the images which also adds a warm ambiance to the gritty urban locations where the portraits were snapped. The decision by Dar to zero in and focus primarily on the person whose portrait is being shot in each photograph removes external clutter such as cars, mobile masts, identifiable buildings or signposts, etc. By freeing the image of any obtrusive information Dar allows the eyes of the viewer to soak up the personality of the individual in each exposure. The tight cropping and framing ensures there is nothing to distract the gaze from the characters who appear in the series of photographs presented in the zine.

The tonal shades of the monochrome pictures unlocks the imagination and it makes the viewer pause and ponder, and more importantly, to empathise and discover and learn about people whom we only register on the periphery of our daily existence.

The photographs reek of a retro 1980’s vibe which gives the overall narrative of the zine a nostalgic flow as if the viewer has discovered a box of old photographs rather than a set of gleaming modern pictures weighed down by an overload of photographic manipulation and trickery.

There is no photo software gimmickry, no ‘sexing up’ of the pictures, and no forced attempt to add an emotional undertone to the subjects. The people are photographed by Dar in a naturalistic and unsentimental manner which adds a delicate layer of intimacy with a peppering of documentary realism sprinkled over the pictures.

Dar seems to have a genuine rapport, and a level of trust, with his subjects and each person photographed for the project comes across as a unique and vibrant person. Their personalities and styles shine through in their postures and glances, and Dar also captures close-ups of shoes, jewellery, and badges which adds depth to their distinctive identities.

Each person is photographed without bias or tabloid sensationalism. Eyes, lips, hands and expressions are captured with exquisite affection which draws in the viewer. The people in the pages of the zine do not seek, nor invite, the viewer’s pity or sympathy, all they want is to enjoy the right to exist without fear or judgement.

Browsing through the images in this remarkable zine the viewer is encouraged to look at fellow human beings who dare to live outside of the norm, and to read a little bit about their hopes and aspirations, and in that journey through images and words to realize that diversity, individuality and uniqueness are things of wonder and beauty.

This zine makes you see the outsiders in our society, and in seeing them to accept them. These are souls whose courage to live life in their own special way inspires us to embark upon our own dreams without fear.