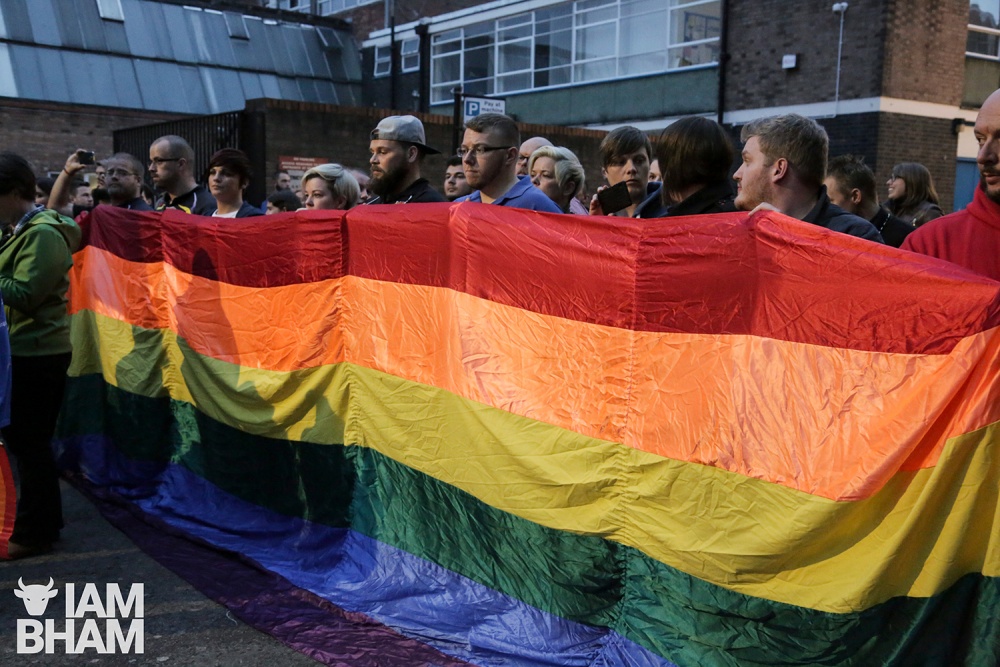 A protest against LGBTQ+ hate is to be held in Birmingham this week following a series of shocking homophobic attacks in the city in the last few months.

The most recent attack was against a man who had a wine bottle thrown at his head in Birmingham city centre during the weekend, police have reported.

John-Paul Kesseler from Moseley was walking home hand-in-hand with a man at about early on Sunday (October 10) after a night in the city’s Gay Village.

The 38-year-old said a man by a car on Holloway Circus saw them and shouted “you should not be doing that”, before assaulting Kesseler and driving away. West Midlands Police, who are investigating the incident and reviewing CCTV footage, have since stepped up patrols in the vicinity.

In response, several LGBTQI+ groups and their allies have come together to form a coalition against homophobia in Birmingham.

Birmingham Against LGBTQI Hate have called for a rally to be held to demonstrate solidarity to victims of homophobia and to stand against anti-LGBTQI+ acts of aggression.

Organisers are urging members of the LGBTQI+ community, friends and allies to join them outside Nightingale Club in Kent Street on Thursday to call for more to be done to tackle homophobia, biphobia and transphobia.

Following the recent homophobic incidents in Birmingham's Gay village members of the LGBTQ+ community are coming together to organise a solidarity protest pic.twitter.com/JjcioxDCJ2

The group’s Facebook page states: “Following several homophobic attacks in our city, there will a solidarity protest!”

Steph Keeble is director of the Birmingham LGBT, the city’s leading charity advocating for and supporting lesbian, gay, bisexual and trans communities in the city.

Expressing her support for the rally, she told I Am Birmingham, “I was really shocked and appalled to read about the homophobic attack that took place over the weekend in Birmingham’s Gay village, the second extremely violent incident in a couple of weeks.

“At a time when hate is rising it is important that we come together as a community in solidarity and in strength, as we have many times in the past when we have fought for basic human rights a fight that sadly as these incidents show is still continuing.

Community activist and ally Salman Mirza is helping to coordinate the protest. He said: “Two people were holding hands and were attacked by cowards, too chicken to do it at Pride, and 99.9% of people in Brum are not like this but staying silent is not enough, that’s why we will be out on Thursday!”

Supporters are also encouraged to bring banners, rainbow flags, placards, lots of noise and lots of colour to stand proud and in defiance of hate.

The protest will be held outside Nightingale Club in Kent Street, Birmingham, on Thursday 14 October at 6pm. You can join the Facebook event page here.