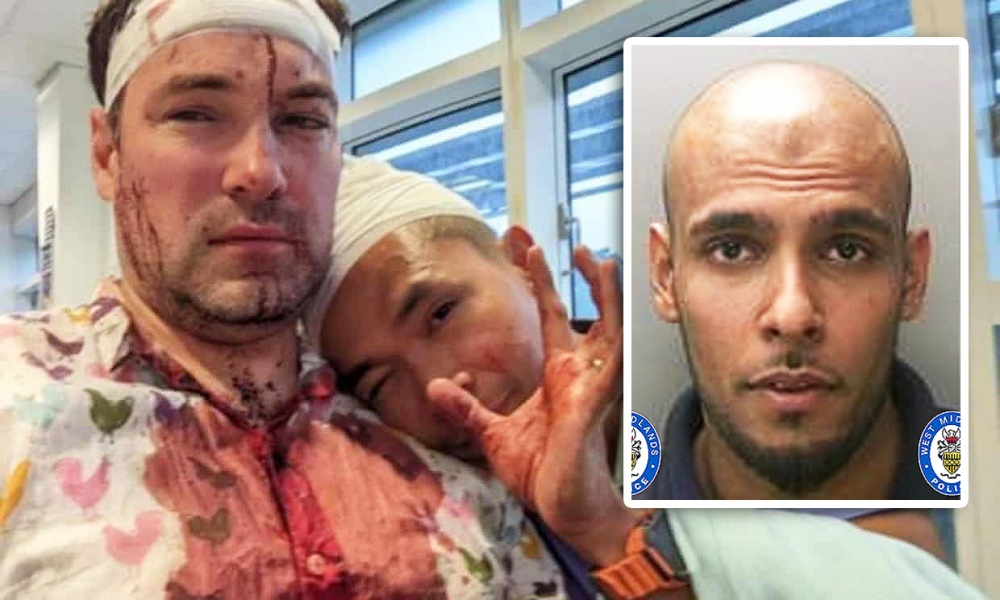 Mosin Mahmood has been arrested over a homophobic attack in Birmingham

Police have arrested a man wanted over a violent homophobic attack on two men in Birmingham’s Gay Village, and are continuing our efforts to find two more suspects.

A 31-year-old man handed himself in to West Midlands Police yesterday after the force issued an appeal for information on the whereabouts of the three men.

The man, believed to be Mohsin Mahmood, 31, has been arrested on suspicion of wounding and remains in custody.

Police are still on the hunt for Birmingham men Sohail Khan, 24, and 21-year-old Ishaaq Ayaz.

It’s suspected they were involved in an assault in Bromsgrove Street at 4am last Sunday (August 15) that left one man unconscious and another with nasty cuts.

The victims – both in their 30s – were attacked with bottles having earlier been subjected to homophobic abuse shouted from a passing car.

Sergeant Marc Petford from Force CID said: “We’ve had a good response to our appeal and I’m grateful for people sharing it far and wide. This was a brutal attack and we need to find the people responsible.

“One man has been arrested following our appeal and I would encourage the other two to follow suit and also come and speak to us.”

Two men, Rob and Patrick, were abused and violently attacked with bottles and subjected to homophobic abuse in what police described as an “appalling hate crime” in Birmingham’s Gay Village.

Both in their 30s, the victims were outside the Missing bar at around 4am on Saturday night when four men in a black SUV shouted homophobic abuse at them before leaving the car and viciously assaulting them. The attack left both victims covered in blood from cuts to their head and arms. Patrick was also knocked unconscious.

When Rob chased the car to challenge the men, they stopped at a red light, got out of the car and began attacking him with bottles. Patrick said he ran to help but was then knocked unconscious by one of the men.

Speaking to the BBC, Rob said: “It’s just shocking that would happen in 2021 in the UK. Especially in the Gay Village, that should be a safe area to be who you want and not have to tolerate people yelling homophobic remarks at you.”

West Midlands mayor Andy Street, the first openly gay directly elected metro mayor, said: “There is no place in our home for this disgusting, homophobic behaviour. I’m sure the police will do all they can to catch the perpetrators and punish them with the full force of the law.”

The statistics show a 20% rise in reports to police of homophobic hate crime, according to the data which was obtained through Freedom of Information requests, which police forces suggest could reflect a greater confidence in reporting such crimes.

If you know where the wanted men are, contact on 101, message West Midlands Police on Live Chat via their website or call Crimestoppers anonymously on 0800 555111. Anyone with information on their whereabouts is urged to contact WMP, quoting log 552 of 15 August.