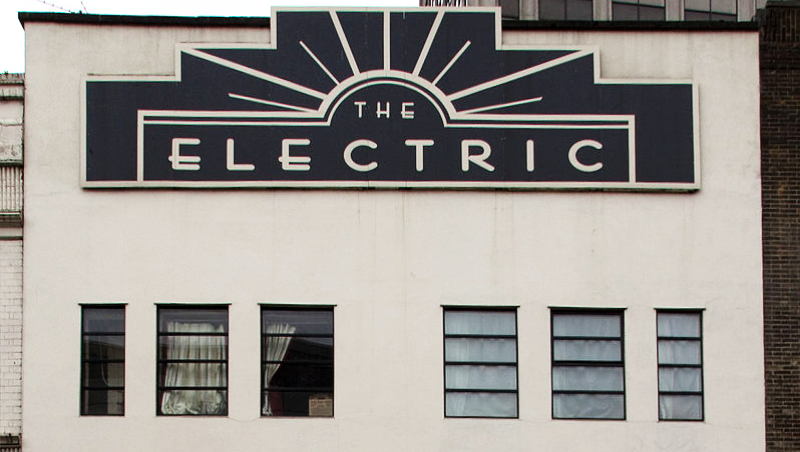 The 112-year-old Electric Cinema has been saved from closure by a new owner (Photo: Tony Hisgett)

One of the oldest cinemas in England – The Electric – is set to reopen in time for Christmas under a new owner after fears it might never reopen when it closed down during the coronavirus pandemic.

The 112-year-old cinema was facing a very uncertain future when a new owner stepped in at the last minute to save the historic Birmingham cinema.

Kevin Markwick, the owner of the 104-year-old Picture House in Uckfield, East Sussex, has bought the iconic The Electric cinema in Station Street and promised to have the venue ready and open in time for the festive season in Birmimgham.

Mr Markwick said he has visited The Electric many times in the past to watch films and the cinema holds a “special place in his heart” and when he met the previous owner – Tom Lawes – during a horror film festival in London the deal was struck to purchase the ailing The Electric. Mr Lawes originally bought The Electric at an auction in 2004 but decided to sell the cinema after facing financial difficulties during the coronavirus pandemic.

Mr Lawes has confirmed that the new owner of the cinema has promised to retain The Electric name when it reopens next month with a special festive film progamme and Christmas themed events which will include cocktails and food.

The new owner of the cinema has been spotted in Birmingham ahead of the reopening of The Electric. Mr Markwick confirmed he took possession of the keys on Monday and is currently in the process of analysing the interior of The Electric and preparing the infrastructure for the grand reopening in December.

Discussing his plans for The Electric, Mr Markwick said: “I’m now just looking at the infrastructure – getting the heating going and the projectors. I want to make it cosy and warm again.

“I think we can do really good things here… I want to make it the go-to place for film lovers.

“It’s about winning people’s trust and showing the new things we can do.”

The Electric Cinema in Birmingham, which is thought to be one of the country’s oldest working cinemas, opened its doors and screened its first film on 27th December 1909. During the early 1980s the cinema was known as The Tivoli and its programme consisted of Adult and Cult Film titles. The cinema boasted two screens, one on the ground floor and the other screen was situated upstairs.

In 1992 the cinema moved into showcasing Art House films and the building was renamed as The Electric.

The cinema offered plush seating, a state of the art sound system, and hot food and drinks with waiter service in the auditorium. The iconic cinema finally closed down in March 2020 during the coronavirus pandemic.

(Visited 1,479 times, 1 visits today)
https://www.iambirmingham.co.uk/2021/11/04/electric-saved-closure-new-owner-buys-oldest-cinema-uk/https://www.iambirmingham.co.uk/wp-content/uploads/2021/11/Tony-Hisgett_pe-800x452.pnghttps://www.iambirmingham.co.uk/wp-content/uploads/2021/11/Tony-Hisgett_pe-300x170.png2021-11-04T23:27:22+00:00Rangzeb HussainArchitectureArtsEntertainmentFilmNewsShowbizArchitecture,Birmingham,Brum,Christmas,coronavirus,COVID-19,December,East Sussex,England,Entertainment,Festive,Film,I Am Bham,I Am Birmingham,Kevin Markwick,Local History,Midlands,Movies,news,Picture House,Rangzeb Hussain,Station Street,The Electric Cinema,The Tivoli,Theatre,Tom Lawes,Uckfield,UK,West MidlandsOne of the oldest cinemas in England - The Electric - is set to reopen in time for Christmas under a new owner after fears it might never reopen when it closed down during the coronavirus pandemic. The 112-year-old cinema was facing a very uncertain future when a new owner...Rangzeb HussainRangzeb Hussain[email protected]AuthorI Am Birmingham
« Violent burglar who targeted pensioners and vulnerable people jailed for “nasty” crimes
UB40 band member Astro, 64, dies following short illness »