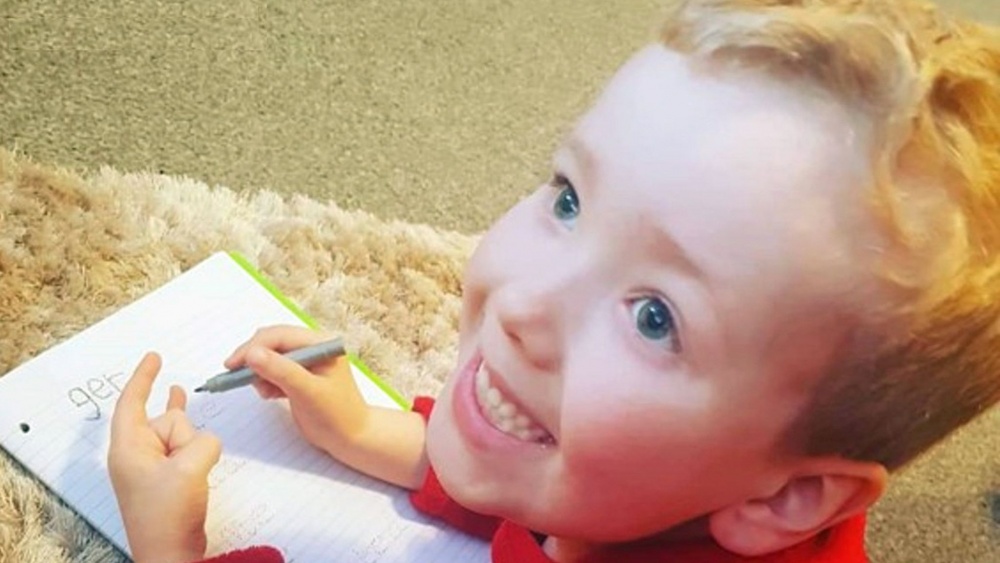 Arthur Labinjo-Hughes tragically lost his life at his home in Solihull (Photo: WMP)

The father and stepmother of 6-year-old Arthur Labinjo-Hughes from Solihull have both been jailed today (3rd December) for the “sadistic” torture and killing of the little lad who was poisoned, starved and beaten.

Emma Tustin has been jailed for life with a minimum of 29 years after she was found guilty of murdering Arthur Labinjo-Hughes. His father Thomas Hughes was convicted of manslaughter and jailed for 21 years.

At Coventry Crown Court today Justice Wall QC described the couple as “sadistic” for their brutal treatment of little Arthur which tragically culminated with the horrific death of the young boy. The poor little victim was covered in 130 bruises according to a medical report.

The catalogue of horror perpetrated against the defencless child included restricting access to drinking water, starvation, poisoning him with so much salt that properly calibrated hospital equipment was unable to give reliable readings, isolation from his extended family, forced to live a solitary existence, made to stand for prolonged periods in the hall, made to sleep on the hard floor without a mattress, and a constant bombardment of physical and verbal abuse.

On 16 June 2020, officers were called to Emma Tustin’s home in Cranmore Road, Solihull, where Arthur was unconscious on the floor. Paramedics arrived at the scene to find a neighbour performing CPR on the child.

Arthur had countless bruise marks to his head and body, he appeared under-weight and his gums were bleeding. He was taken to hospital but sadly despite the best efforts of medical staff he died at 1am the following morning.

The haphazard accounts given by Thomas Hughes and his partner Tustin about Arthur’s death seemed to differ. Their explanations revolved around Arthur’s behaviour being poor and that he banged his own head off the floor.

However, due to the extreme nature of Arthur’s injuries and the conflicting accounts given by Tustin and Hughes, the couple were arrested on suspicion of murder.

Tustin and Hughes stood trial and both were convicted for their part in the killing of little Arthur yesterday (Thursday 2nd December) after an eight-week hearing.

During the trial at Coventry Crown Court, where Emma Tustin refused to come to the stand for her sentencing, Justice Wall QC described her as a “manipulative woman who will tell any lie and shift the blame on to anyone to save her own skin”.

A former partner of Tustin described her as a “ruthless predator” and a “black widow” who “sucks the life out of each man she gets together with”.

One of the appalling features of the case was how stepmother Tustin’s own two children, aged four and five, lived in the same house as Arthur, yet they were free from harm or abuse.

Justice Wall QC said: “You, Tustin, gave copious amounts of love to your own two children right up until the day of your arrest. It is a shocking feature of this case that your children lived a perfectly happy normal life in that household while this appalling cruelty to Arthur was taking place.”

He also blamed the father for becoming so “infatuated with Tustin” that it “obliterated all love for his own son”.

The compelling evidence gathered by police clearly illustrated the systematic cruelty inflicted on Arthur by both Tustin and Hughes. During the investigation officers found a duvet shoved in a cupboard under the stairs and evidence that little Arthur was forced to sleep on the floor at night.

Detectives worked with medical experts from various areas of clinical medicine and pathology to show that young Arthur’s death had been caused by a head trauma inflicted on him by an adult.

It was deduced that the young victim was vigorously shaken and his head banged repeatedly against a hard surface.

Senior investigating officer Detective Inspector Laura Harrison, said: “This has been a truly heartbreaking case and has deeply affected everyone who has been involved in it.

“An innocent boy was subjected to a campaign of cruelty by the very people who were meant to be loving and protecting him.

“Despite the lies they told, we carefully built a case against the two of them. We were able to seize their phones and found the messages they exchanged which showed their anger towards Arthur.”

In some of the shocking messages Hughes refers to his young son as “Satan” and “Hitler”.

The court was shown footage of Arthur spending hours at a time forcibly standing in isolation and he would be punished for unauthorised movement including attempts to sit down, to ease his discomfort.

The court also heard audio recordings, where Arthur is being sworn at, insulted, and subjected to numerous threats of violence.

After Arthur’s death a neighbour told police that she had heard Tustin shouting “face the wall”.

On another occasion Hughes told the neighbour that if she heard someone saying “don’t kill me” she should ignore it, assuring her that he wasn’t hurting Arthur.

Another witness described little Arthur as “broken” when seeing the shocking condition of the undernourished child.

Police also found a string of furious text messages between Tustin and Hughes on the day before Arthur was fatally injured. Then evidence of a short phone call, before another text from Hughes to Tustin’s saying: “Just end him”.

Detective Inspector Harrison said: “It’s not clear why Tustin and Hughes started to make Arthur’s place in his family home so truly awful and why they caused him such harm and suffering – but that harm and suffering was sustained and escalated over time.”

On the day Arthur was fatally injured Hughes had left the house at just after 1pm, leaving his son alone with Tustin. Police believe Tustin inflicted the injury to little Arthur and then failed to call an ambulance for 12 minutes.

When Hughes returned to the family home the couple tried to give Arthur a drink and some children’s paracetamol medicine, before 999 was finally called.

Detective Inspector  Harrison said: “We believe that both Tustin and then Hughes, understood how seriously Arthur was injured. Only the pair of them can explain why it took so long for an ambulance to be called, but we’d suggest it was the final act of cruelty they inflicted on Arthur.”

A post mortem later revealed that Arthur had around 130 marks and bruises on his head, body and limbs including bruising of different ages.

A specialist kidney consultant told the court that Tustin had poisoned Arthur with salt over a number of weeks, giving him a high level of salt in the hours before his tragic death.

On the opening day of the trial on 5th October Tustin pleaded guilty to one of those charges – wilfully ill-treating Arthur on multiple occasions by forced standing, isolation and intimidation. Some of the forced standing in one position was reportedly as long as 14hrs, and any breaking of the standing rule was met with harsh punishment.

In the final days of the trial Tustin admitted a second charge of child cruelty, namely assaulting Arthur on multiple occasions.

Today at Coventry Crown Court the couple were handed prison sentences for their horrific crimes against a young child.

Sentencing the pair, Justice Wall QC said: “This is one of the most distressing and disturbing cases with which I have had to deal.”

Emma Tustin was jailed for life with a minimum of 29 years for the murder of Arthur Labinjo-Hughes. His father Thomas Hughes was convicted of manslaughter and jailed for 21 years. Neither of them showed any remorse during the trial.

The failure of local social services to detect the horrific abuse which ended in a fatality has caused major concern and an independent investigation has been launched by Solihull’s Local Child Safeguarding Partnership. It appears social workers visited Tustin’s house where Arthur was being abused but no action was deemed necessary because there were “no safeguarding concerns”. There’s also concerns about police officers failing to detect any child safeguarding issues when police were called to the address when Arthur was still alive.

Prime Minister Boris Johnson stated that “no stone would be left unturned” in the search to find out out what went wrong in tragic case of Arthur Labinjo-Hughes.

Commenting on the appalling tragedy, the Prime Minister said: “I just want to say, on the tragic and appalling case of Arthur Labinjo-Hughes, like many people I find it hard to read it, let alone to understand how people could behave like that to a defenceless little child.

“I’m glad that justice had been done, in the sense that they have both received tough sentences, but that is absolutely no consolation, and what we’ve got to make sure now is we learn the lessons about that case, we look at exactly what happened, what else could have been done to protect that child.

“It is early days, but I can tell you this, we will leave absolutely no stone unturned to find out exactly what went wrong in that appalling case.”

On Monday the Education Secretary Nadhim Zahawi will be make a statement on the case to Parliament.

Mr Zahawi said: “We are determined to protect children from harm and where concerns are raised we will not hesitate to take urgent and robust action.

“We will not rest until we have the answers we need.”

Birmingham City FC will encourage fans to take part in a minute’s applause in the sixth minute of their match against Millwall on Saturday (4th December) as a tribute to little Arthur who was a Blues supporter.