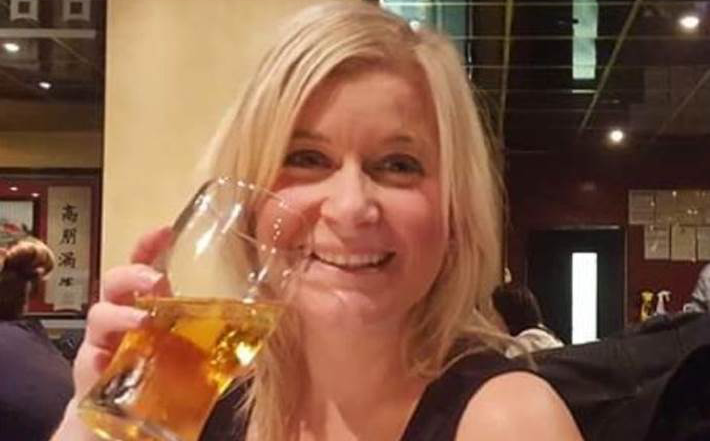 Kerry Woolley was brutally stabbed to death by her partner in Solihull (Photo: WMP)

A “jealous and possessive” man from Solihull who “stabbed, smothered, and strangled” his new girlfriend was jailed today for her murder, and his mother found guilty for helping him cover up the brutal crime.

Ian Bennett, 38, and his mother Lynda Bennett, 63, were found guilty after a 16-day trial at Birmingham Crown Court over the barbaric killing of Kerry Woolley, 38.

Ian Bennett and his mother Lynda Bennett, both from Moordown Avenue in Solihull, were found guilty and jailed today (8th December) at Birmingham Crown Court over the “vicious and brutal” death of Kerry Woolley in July 2020.

The tragic victim was discovered with over 50 stab wounds, mainly around her neck, and there were signs she had been smothered and strangled during the savage attack. Ian Bennett flew into a blind rage after he suspected his girlfriend of sleeping with another woman.

The court heard how the killer was driven to a Solihull canal by his mother where he dumped one of the knives used in the murder after he had committed his heinous crime.

The body of the tragic victim, Ms Woolley, was discovered on 12 July 2020 in the bedroom of her flat off Warwick Road, Solihull. Her body was found a day after Ian Bennett went to stay at her flat.

Bennett telephoned police and told officers he had found the mother-of-two with “catastrophic wounds to her neck” at her flat in Warwick Road, Solihull.

Although initially no weapon could be located at the scene of the savage killing, Ian Bennett was arrested on suspicion of murder.

Police later discovered that Bennett had become “jealous and possessive” of Ms Woolley and had conducted online research for the “best way to get revenge on a woman”.

Officers analysed text messages between the couple, who had only met a few weeks before, and they suggested that there had been a falling out a couple of days earlier.

Bennett appeared to be angry, accusing Ms Woolley of cheating on him, although this was groundless, and that she was also messaging a former partner.

Mobile phone data also revealed that both Bennett’s and Ms Woolley’s phones went ‘silent’ around 11.30pm on 11 July, which was unusual as Ms Woolley was regularly on her phone into the early hours.

Bennett’s phone become active again at 3.54am, when he made attempts to contact her, before continuing to try to call and message her throughout the following day, whilst knowing full-well that she was in fact already dead.

After the brutal murder of Ms Woolley the killer was then helped by his mother Lynda Bennett to “cover up” the horrific crime.

A dashcam in Lynda Bennett’s car indicated that the car had left the address Bennett shared with his parents in Moordown Avenue and took a 40 minute journey round the Solihull area.

Cell site data retrieved from Lynda Bennett’s phone was consistent with the 63-year-old being the driver.

There were two significant stops, firstly at Damson Lane, where CCTV footage retrieved by police clearly showed Ian Bennett throwing a bundle into the canal. A large knife with a bent blade was later recovered during a search of the water.

The car then stopped near shops at Prospect Lane, and again CCTV picked up Ian Bennett, this time carrying a plastic bag into parkland nearby before returning to the car without the bag.

A police search of the park land resulted in a bag being recovered and inside were blood-stained women’s jogging bottoms and a pair of oven gloves.

Forensic examinations later matched Ms Woolley’s DNA to both the knife from the canal and the blood-stained items found in the park.

A post mortem revealed that Ms Woolley had suffered “54 sharp-force injuries” with most of the wounds inflicted on her neck. Two knives had been used, one with a serrated blade, the second with a smooth blade.

Today at Birmingham Crown Court Ian Bennett was sentenced to life, with a minimum term of 25 years, for the murder of Kerry Woolley.

Lynda Bennett was jailed for three years for assisting an offender and perverting the course of justice.

Both Bennett and his mother failed to show any remorse during the trial.

Detective Sergeant Rory Juss, said: “Ian Bennett unleashed a vicious and brutal attack on Kerry Woolley, a woman he had only been in a relationship with for a matter of a few short weeks.

“He then chose to blatantly lie about what had happened but quickly became unstuck as the evidence mounted up against him.

“Neither Ian Bennett nor his mother Lynda have once shown any remorse for their part in this terrible crime.

“Our thoughts have always been with Kerry’s family, and we hope that Bennett’s conviction, and also that of his mother, can now bring them some comfort.”

In a statement read to the court the family of Kerry Woolley described her as a “beautiful, bubbly lady who had a heart of gold”. They went on to say that it is “unbearable to think that she will not get to see her children grow up”.

The children, aged 10 and 14, said family events such as birthdays, holidays, and family gatherings will never be the same again, and the chance to say “I love you” have been taken away by Ian Bennett’s heartless killing of their beloved mother.

In a shared statement they said: “Mother’s Day this year was the first time we did not send or make a card. It was a very difficult day for us to get through.”

They added: “You left us beautiful memories. Your love is still our guide. Although we can’t see you, we know you will always be by our side.”