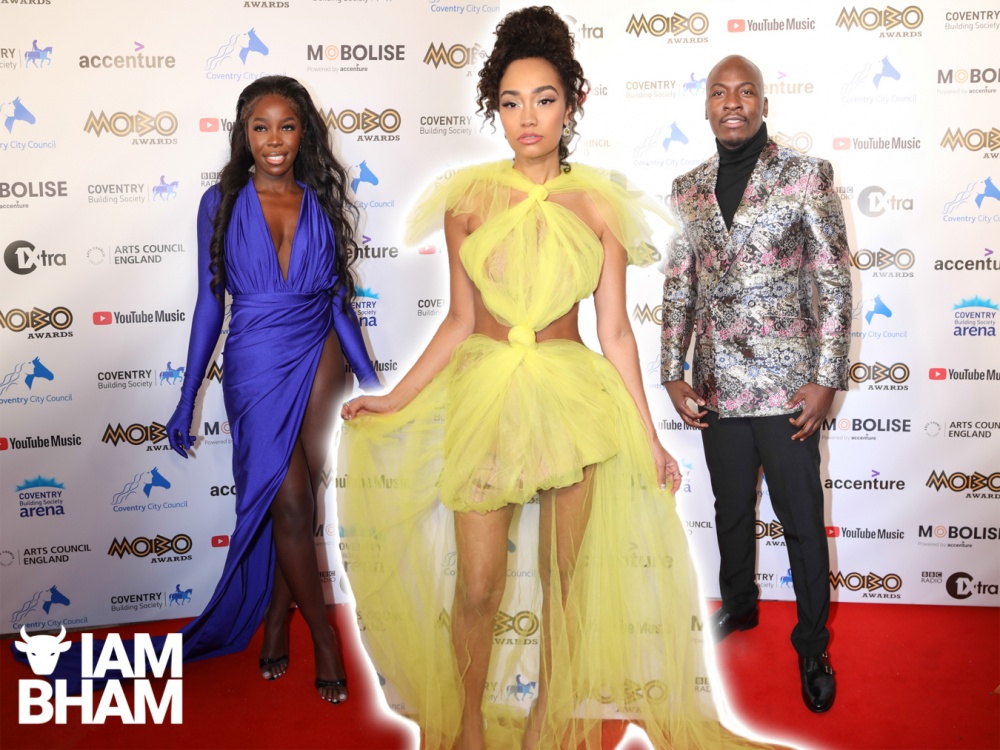 The MOBO Awards 2021 were held in Coventry over the weekend, once again showcasing the best music of black origin in the UK and internationally.

Those who took away a prestigious awards this year include Wizkid and Ghetts, at a ceremony where previous years’ winners have included Sam Smith, So Solid Crew, Tina Turner, Destiny’s Child and Stormzy.

Sunday’s ceremony was held in Coventry Arena and marked the first in-person MOBO awards since 2017, after the show took a two-year break in 2018, and then last year’s awards were distributed virtually due to the ongoing pandemic.

The highly anticipated music event was hosted by Little Mix star Leigh-Anne Pinnock and comedian Munya Chawawa. For Pinnock, this was one of her first presenting gigs after announcing her Little Mix break.

Birmingham-born rapper Steflon Don and Nigerian musician Tems performed live on stage as the national awards show was held in the Midlands for the first time.

While there were some stunning outfits on show throughout the ceremony, award winners were not the only ones who stole the limelight at the prestigious event. Here’s some of the celebrity guests who brought glamour and glitz to the MOBO awards red carpet this year.

Singer Leigh-Anne Pinnock – who has just become a mother to twins – changed her outfit three times over the course of the night. She started off the night in a barely there yellow tulle dress.

Comedian Eddie Kadi came dressed head-to-toe in the designs of David Wej, a Nigerian designer who has stores in London and Lagos. Kadi sported a floral patterned jacquard jacket complimented by all black trousers and polo neck.

Speaking at the awards, Little Simz said: “I’m in the dream I always dreamed about. [So] anyone that’s watching this and has a dream to pursue – this is yours, always. Go and get it.”

Both Tiana Major9 and Zeze Mills looked stunning at the MOBO Awards 2021 in their beautifully shimmering emerald outifts.

According to her Instagram post, Tiana Major9  seemed to surprise even herself by wearing heels to the reception, which she complimented with green wide leg trousers with zips on the thighs; and a green embellished shirt with puff sleeves.

Zeze Mills was styled by Alizé Demange with a green floor length gown from Retrofete, accessorised with shoes by Tom Ford and jewellery by Vashi.

Looking all slick and dapper in his suave get-up, comedian and musician Munya Chawawa attended the MOBO Awards ceremony as co-host alongside Little Mix’s Leigh-Anne Pinnock.

28-year-old Derby lad Chawawa delighted fans and guests who recognise the British-Zimbabwean comic from his online comedy skits, which have thrusted him to national fame over the last 12 months.

The Man Like Mobeen and Army of Thieves star was joined on stage by sports presenter Alex Scott MBE to present the MOBO’s ‘Best R&B/Soul Act’ award to Cleo Sol.

Sharing his gratitude on Twitter, he shared, “Big thanks to the voting committee of  the MOBOs.  I was delighted to win a MOBO inspiration award last night.

“To be in a room with so many talented music makers was truly inspiring. As I love my music so much this is truly an honour.”

Morning Big thanks to the voting committee of the Mobo's. I was delighted to win a Mobo Inspiration award last night. To be in a room with so many talented music makers was truly inspiring. As I love my music so much this is truly an honour. pic.twitter.com/Zk2xWnWGxx