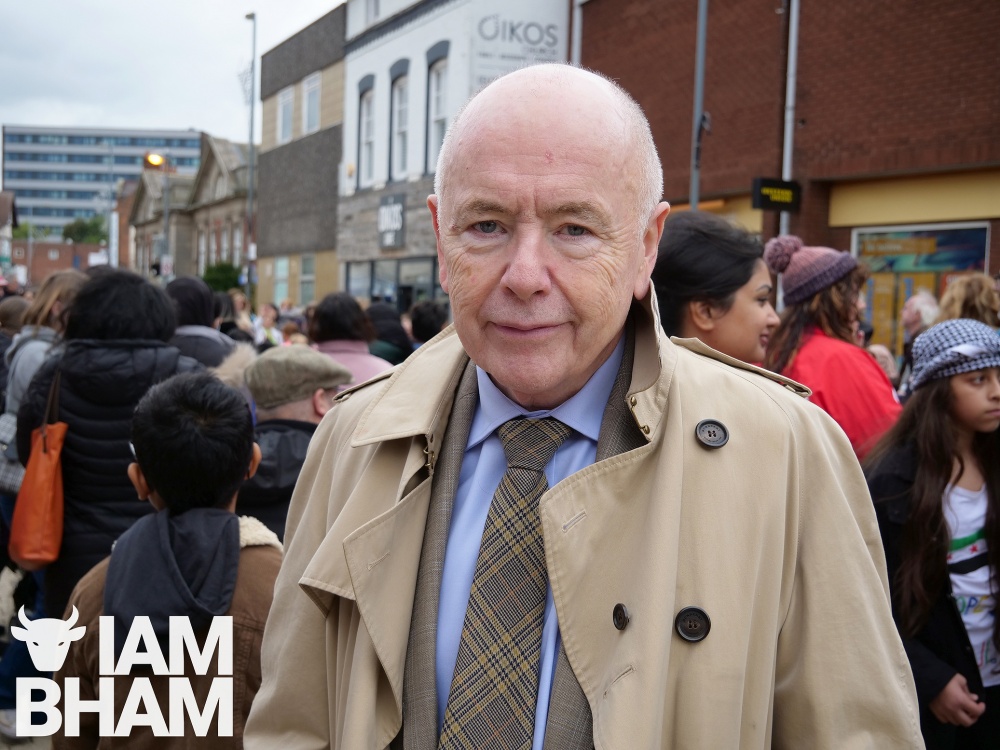 The shadow minister, who had been a Member of Parliament since 2010, passed away in his constituency on Friday morning, his family has confirmed.

According to reports, Dromey was found dead at his constituency flat early on Friday (7 January).

According to Erdington Local, “police were alerted after the Erdington MP had not attended scheduled meetings, gaining entry to his flat when concerns were raised by colleagues in his constituency office.”

Born in London in 1948, Dromey was a staunch trade unionist, working as Deputy General Secretary of the Transport and General Workers’ Union (which later became Unite) from 2003 to 2010 and was Treasurer of the Labour Party.

Dromey remained in post under Jeremy Corbyn’s leadership in September 2015 but resigned in June 2016, returning to Corbyn’s frontbench as Shadow Minister for Pensions in October 2016. He continued to serve in this role under Keir Starmer until December 2021, when he became the Shadow Minister for Immigration.

He spoke in a Commons debate on Afghan refugees only 24 hours before his death, and was an active campaigner for equality and human rights, championing the UK resettlement of refugees fleeing persecution from countries including Afghanistan and Syria.

Dromey was married to long-serving MP Harriet Harman, former deputy Labour Party leader and cabinet minister, with whom he had three children.

His family described him as a “much loved husband, father and grandfather”, saying he would be “greatly missed”. Confirming Dromey had died suddenly, his son Joe added “We loved him so, so much. Rest in peace big man.”

Following news of Dromey’s passing, Prime Minister Boris Johnson said he was “deeply saddened” by the news while former Labour PM Tony Blair described Dromey as a “stalwart of the Labour and trade union movement”.

Former Prime Minister Gordon Brown said he had lost “a friend, colleague and great humanitarian who never stopped fighting for social justice”; and House of Commons Speaker Lindsay Hoyle said MPs were “all in disbelief that the life-force that was Jack Dromey has died”. Flags were also lowered to half-mast at New Palace Yard in parliament on Friday evening as a mark of respect.

Leader of the Opposition Keir Starmer said Dromey had “dedicated his life to standing up for working people through the Labour movement,” adding “Jack was recognised for his determination to stand up for his constituents and he was highly respected and warmly regarded across Parliament.

“My thoughts and those of the whole Labour movement are with Harriet, their children and all those who knew and loved Jack.”

Labour Deputy Leader Angela Rayner described him as a “great mentor and supporter to me, but above all a friend for many years” while Shadow Foreign Secretary David Lammy said Dromey was a “Labour man to his bones and proud champion for his constituents and for working people.”

Conservative politician and Culture Secretary Nadine Dorries called him “a kind gentleman” whose politics “never stood in the way of his gentle nature, kind words and good manners with his always, always happy smile”.

In the West Midlands, tributes came flooding in from fellow MPs, councillors and constituents.

Birmingham Edgbaston MP Preet Gill said Dromey’s death was a huge loss for a city to which he “had given so much”, adding: “The one thing I loved about Jack, regardless of his age, is he would always be talking passionately about what he was going to do next.”

Former Labour MP for Birmingham Northfield, Richard Burden, said he was “struggling to take in the heartbreaking news that my good friend, Jack Dromey, has died.”

“I knew Jack for the best part of half a century. I first came across him back in the 1970s when I was a student activist. He was leading action in support of women striking for trade union recognition at the Grunwick film processing company in London.

“It summed up Jack’s outlook and work ever since. Principled and totally committed to fight for equality and against injustice wherever he saw it. Solidarity was a word he lived.”

Birmingham City Council cabinet member Sharon Thompson wrote she was “shocked and saddened” by the “terrible loss” of a “true Labour man and trade unionist who served this city well.”

Olly Armstrong, a Labour councillor for Birmingham Northfield, described Dromey’s death as “sad news”, saying “Jack was a champion in the West Midlands and a strong trade unionist who was secretary of the Brent Trades Council and a member of the Grunwick strike committee throughout the dispute helping low paid mainly Asian women. Rest in peace.”

Birmingham has lost a dedicated servant. Parliament has lost a true believer. And we have all lost a generous, inclusive friend who set a fine example.

West Midland’s Conservative mayor Andy Street paid special tribute to Dromey, writing “Birmingham has lost a dedicated servant. Parliament has lost a true believer. And we have all lost a generous, inclusive friend who set a fine example.
Rest in peace Jack.”

Tributes also came from the trade union movement, with the TUC’s general secretary Frances O’Grady saying it was “devastating to lose such a champion of working people.”

A by-election will be held in Dromey’s Birmingham Erdington seat, held by Labour since it was established in 1974.

WATCH | Jack Dromey MP has died in his home in Birmingham:

(Visited 112 times, 1 visits today)
https://www.iambirmingham.co.uk/2022/01/07/birmingham-erdington-labour-mp-jack-dromey-dies-aged-73/https://www.iambirmingham.co.uk/wp-content/uploads/2022/01/Jack-Dromey-MP-at-the-Walk-with-Amal-event-in-Birmingham-Erdington-on-28.10.2021-2-800x600.jpghttps://www.iambirmingham.co.uk/wp-content/uploads/2022/01/Jack-Dromey-MP-at-the-Walk-with-Amal-event-in-Birmingham-Erdington-on-28.10.2021-2-300x225.jpg2022-01-07T18:00:59+00:00Staff ReporterNewsPoliticsB'ham,Birmingham,Birmingham Erdington,Brum,constituency,Death,Died,Dies,England,Erdington,Harriet Harman,Jack Dromey,Jack Dromey death,Member of Parliament,MP,news,Politics,Tributes,UK,West Midlands,WestminsterVeteran Labour politician Jack Dromey, who represented the constituency of Birmingham Erdington, has died aged 73. The shadow minister, who had been a Member of Parliament since 2010, passed away in his constituency on Friday morning, his family has confirmed. According to reports, Dromey was found dead at his constituency flat early on Friday (7...Staff ReporterStaff Reporter[email protected]AdministratorI Am Birmingham
« Heartbreak as Dudley Zoo penguins killed by outbreak of avian malaria
Cannabis crop worth £3-million found in disused Birmingham warehouse »