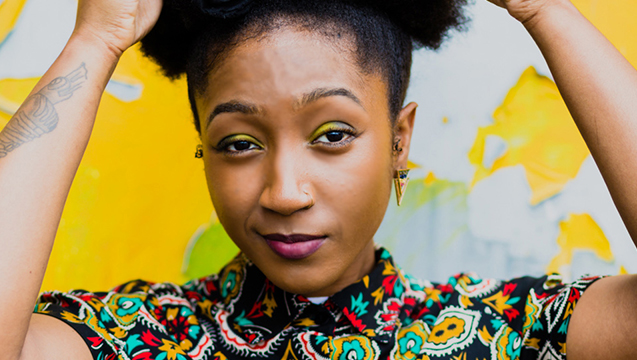 A national tour celebrating music as a means of bringing communities together and fighting racism is coming to Birmingham tonight.

The ‘Rebel Music Tour’ – which is touring around the UK including in London, Manchester, Glasgow and Swansea – lands in Digbeth this evening, making its mark on the West Midlands with local musical talent.

Launched by Love Music Hate Racism (LMHR), the series of gigs aim “to give a platform to aspiring musicians at a time of huge difficulties for artists looking to find paid live music events,” according to organisers.

Birmingham’s upcoming event, showcasing emerging artists from the city, will be held at the Mama Roux’s venue in Lower Trinity Street in Digbeth from 7pm.

Among the performers hoping to spread a message of unity through music and song are DJ Zeyla, young MC Lady Sanity, reggae band KIOKO and musician Indigo Marshall.

“Love Music Hate Racism has always sought to use music as a platform to bring people together against bigotry and hatred,” a spokesperson for LMHR said.

The Rebel Music Tour has been produced in partnership with fashion company ASOS, who have created a collection of new garments to support the campaign. Donations from the snazzy tees will help develop Love Music Hate Racism develop local talent and host a fortnightly #SpeakUpThursday radio show.

“Love Music Hate Racism uses the energy and vibrancy of the music scene to promote unity and celebrate diversity through education and events. Our message is simple, there is more that unites us than divides us; and nothing demonstrates this more than music,” reads a statement on the LMHR website.

“Whatever the genre, music is living testimony to the fact that cultures can and do mix. Music has the power to unite, to give strength and to effect positive social change.

“Racism, on the other hand, weakens us; it creates barriers and turns friends and neighbours against one another. Sadly, racism is on the rise in the UK and internationally. We believe that if we work together we can harness the power of music to stop this destructive force in its tracks.

Our aim is to use the power of music to bring together individuals and communities in a beautiful resistance against bigotry and hatred. Join the movement!”

LMHR’s campaign to fight bigotry will also be joining a national demonstration against racism being held in London on UN international anti-racism day. Held annually on 21 March, the United Nations’ International Day for the Elimination of Racial Discrimination aims “to foster a global culture of tolerance, equality and anti-discrimination and calls on people to stand up against racial prejudice and intolerant attitudes.”

Co-organised by Stand Up To Racism (SUTR), students groups and trade unions, the national UK demonstration to mark this day will take place on Saturday 19 March in central London. Several West Midlands groups are expected to join this demonstration, including SUTR’s Birmingham chapter.

Love Music Hate Racism’s ‘Rebel Music Tour’ is on at Mama Roux’s in Digbeth, Birmingham from 7pm-midnight on Thursday 24 February 2022. Tickets can be purchased here in advance or on the door tonight.