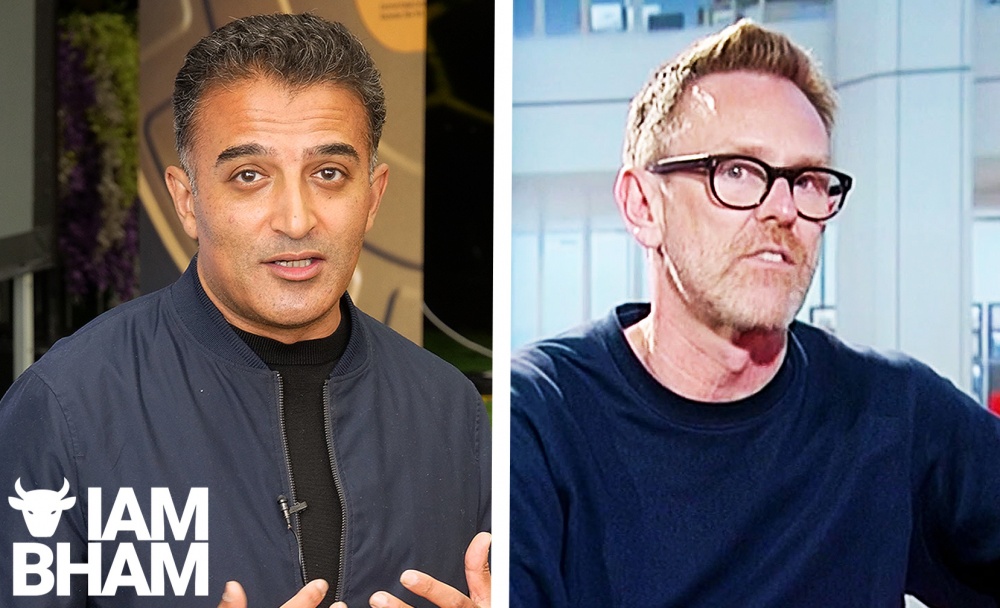 Award-winning Birmingham actor, comedian and television presenter Adil Ray has described the Commonwealth Games as an “embarrassment” for his home city, as a race row over diversity and inclusivity continues to mar the sporting event.

The Good Morning Britain presenter added his voice to a chorus of concerned creatives and community leaders who have already expressed their anger and outrage at Birmingham 2022 official Martin Green suggesting the city didn’t “have enough large ethnically-led creative organisations” to help facilitate community outreach.

Responding to what some critics have described as a “car crash” BBC interview – in which Green also appeared to dismiss an open letter of complaint as “misinformation” scraped off the internet – several music artists, cultural festival organisers and political activists have lambasted the Games for allegedly failing to engage ethnic minority communities.

Frustrated by Green’s views, Ray has suggested Birmingham 2022 is “sabotaging” established Black and Asian creative industries in the city by sidestepping them for opportunities, funding and engagement.

“The Commonwealth Games are becoming an embarrassment for Birmingham, sabotaging the city’s communities,” he said.

The Commonwealth Games are becoming an embarrassment for Birmingham, sabotaging the city’s communities. Statements like this are demoralising Europe’s most diverse city who run some of Europe’s biggest Melas. How do small companies grow if they don’t get large contracts? https://t.co/0m380dgYO1

Many of Birmingham’s largest festivals and community events have for decades been organised and run by people of Black and Asian heritage. These include several melas in Birmingham and Smethwick, Handsworth Carnival and Simmer Down Festival.

Green, the Chief Creative Officer for the Games’ organising committee, came under fire from community leaders after responding to a question about whether recent concerns from members of the city’s South Asian community, about a lack of engagement in inner city areas, had any merit.

During a BBC News interview, he suggested there was less Birmingham 2022 engagement with ethnic minority communities partly due to an absence of any substantial ethnic minority creative organisations, a viewpoint that has been chastised by Black and Asian organisations working in the city, with some describing it as “a bare faced lie”.

Reacting to two open letters criticising the upcoming sporting event’s diversity targets, Green – who is also creative head of the ‘Brexit Festival’ – told Midlands Today: “There is some truth in it in the sense that we don’t have enough large ethnically-led creative organisations in the city and one of the things the festival’s seeking to do is address that, and so that’s why from the outset we said we would particularly lean into younger emerging artists so we can feed the pipeline and hopefully in the end get more established businesses.”

How can you be a leading Creative Officer in Birmingham and not acknowledge the groundbreaking work of organisations like @yardarthouse @CIVIC_SQUARE @thelegacycoe? KMT https://t.co/c4eoO7OxKe

But organisers of the Birmingham Mela derided Green’s comments, stating: “This is total disrespect to organisations like us and loads more who have produced large creative events!”

Creatives including arts organisations, musicians and poets from across the city were quick to condemn Green, with Legacy WM director Aftab Rahman describing the response as “shameful” and Saathi House chair Mashkura Begum calling it a “car crash interview”.

City creative Nat Adele Edward-Yesufu was angered by the claim, tweeting: “Is he joking! He has got to be joking? Surely the amount of meetings and pitches his team had from me. The amount of conversations that went no where. The time my organisation wasted. To sit there and him to say this. I’m deeply disappointed. And it’s time for me to speak up!”

A number of community leaders working in Handsworth, Lozells, Aston and Perry Barr claimed they had previously approached Green in a bid to work with them to reach ethnically diverse and economically deprived communities, but said their offers were rejected.

Birmingham-born Adil Ray, 47, described Green’s opinions as “demoralising” and suggested the committee behind Birmingham 2022 need to additionally invest into communities in order to see growth.

The Citizen Khan and Ackley Bridge actor said: “Statements like this are demoralising Europe’s most diverse city who run some of Europe’s biggest Melas. How do small companies grow if they don’t get large contracts?”

Responding to the furore, Donna Fraser OBE, Head of Inclusion and Engagement for Birmingham 2022, said: “It is difficult to touch every single person in the entire West Midlands.”

She also blamed some of the problems on the coronavirus pandemic, and also not having enough time for preparation, for the failure in reaching out to Birmingham’s diverse communities.

However, despite the complications and problems, Fraser stated that the organisers of the games would endeavour to involve more people from across the various communities in Birmingham.