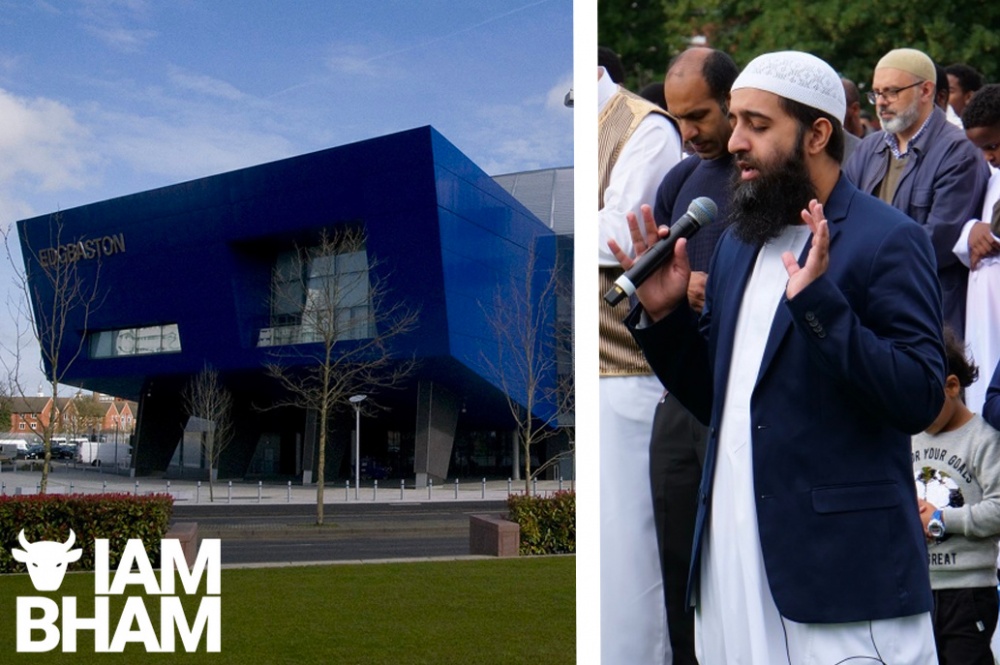 A Birmingham mosque getting ready to host two mega Eid al-Fitr celebrations as the Muslim community prepares to mark the end of Ramadan, has announced that one venue is now fully booked.

Small Heath Park and Edgbaston Stadium are the locations selected by organisers Green Lane Masjid for the two Eid al-Fitr events but the cricket ground has proved too popular and no more spaces are available.

As Birmingham’s Muslim community says farewell to four spiritual weeks of fasting during the holy month of Ramadan, thousands of people across the city are preparing for Eid al-Fitr, announced for Monday 2 May.

To start the day, prayer services will be held at religious and community venues all around the region, including several large-scale gathering in Birmingham. Green Lane Masjid is hosting mass prayer congregations at two city locations to usher in a day of fun-filled community celebrations.

While Small Heath Park is open to the public on a first-come first-served basis, Eid prayers at Edgbaston Stadium were available via booking but have proved so popular, all spaces have now been fully booked, say organisers.

Despite the cricket ground being fully booked, there are plenty of spaces available in Small Heath Park, where the mosque’s traditionally mega Eid gathering takes place.

“If you missed out on registering for Eid at Edgbaston, don’t worry, Eid prayers in Small Heath Park will take place at 9.30am sharp with no registration or booking required.”

This is the first time the mosque has held large outdoor celebrations since the start of the pandemic, and the first time it has utilised two different locations simultaneously. Over 75,000 people have taken part in the past, with men, women and children enjoying the open Eid prayers and celebrations.

However, Unlike previous years, worshippers have been asked to bring along their own prayer mats this time around, as plastic sheeting will not be placed on the park grounds, due to the day expected to be very dry.

Organisers said the celebration events are open to all communities and everyone is welcome to attend and take part, observe, or enjoy the festivities, regardless of faith and background.

They also issued details regarding prayer service timings and have requested worshippers begin arriving from 8am to allow plenty of time to find a comfortable space within the grounds of Small Heath Park.

Speeches by community leaders and guests will be followed by the main prayers at 9:30am with a further translated prayer pencilled in for 11:30am.

Attendees are encouraged to travel by foot or use public transport, and to opt for venues closer to home. This measure ensures less congestion as parking around both venues will be very limited.

A wet weather contingency plan is also in operation and indoor prayers at Green Lane Masjid will be arranged in the event of rain. Attendees are asked to check the Green Lane Masjid website for updates regarding any last minute changes.

Where else can Muslims join Eid prayers?

Green Lane Masjid is once again leading the largest Eid gathering in Birmingham, with around 100,000 people expected to attend services and celebrations in Small Heath Park and Edgbaston Stadium.

Additionally, the 5000-capacity Central Jamia Mosque Ghamkol Sharif – located nearby in Golden Hillock Road – is holding five morning Eid prayer services. The first at 7am, followed by 8am, 9am, 10am and then finally at 11am.

Birmingham Central Mosque in Highgate – often identified at the city’s main mosque with a capacity of 6,000 – will begin Eid prayer services starting from 7am and then on every hour until 11am.