Where are Eid prayers taking place in Birmingham today? 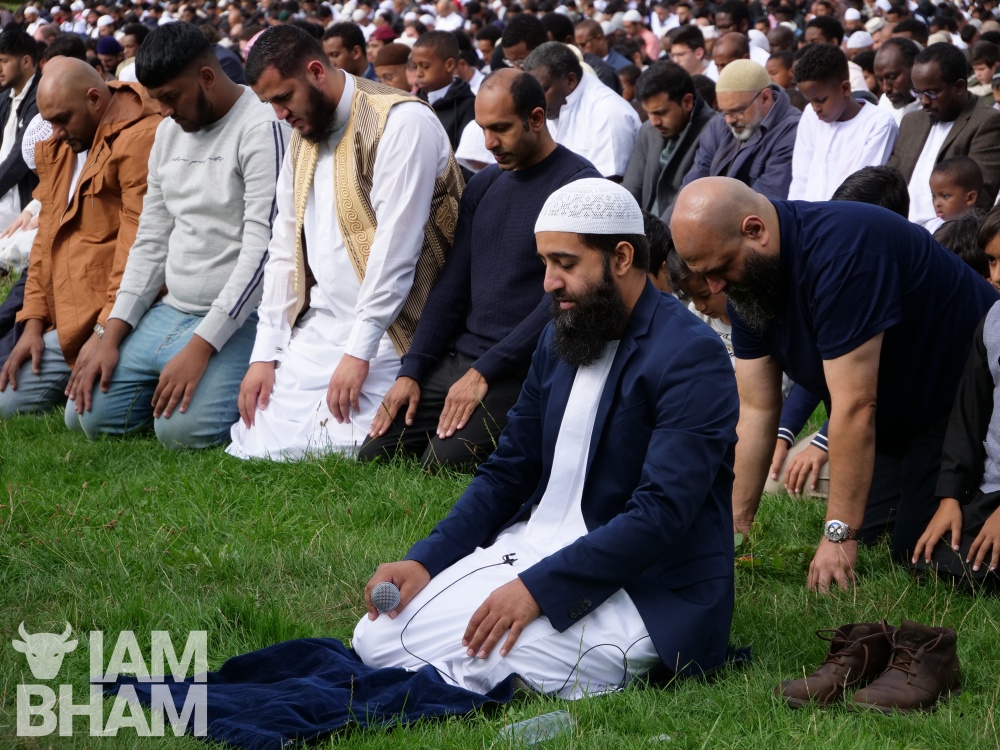 As thousands of Muslims across the city begin Eid celebrations, many will be starting the day with special religious prayer services to mark the end of Ramadan and to ring in Eid al-Fitr festivities.

This morning, mosques all across the city and region will be hosting these services, with hundreds of thousands of people congregating in each of the city’s 200 major masajid, madrassahs, and community Islamic centres and halls.

Due to the number of people attending, some mosques are holding open air services, such as Green Lane Masjid, combining the congregations of their main mosque and smaller houses of worship from the same denomination. They will be holding Eid prayers and celebrations in Edgbaston Stadium (cricket ground) and at Small Heath Park, weather permitting.

What are the current mosque timings and plans?

Due to the cloudy and mildly wet weather, outdoor services may change but indoor services will continue as normal. As of 6.00am on Monday 2 May, the following are latest Eid prayer service updates from the city’s main mosques:

Green Lane Masjid is once again leading the largest Eid gathering in Birmingham, with over 75,000 people expected to attend services and celebrations in Small Heath Park and Edgbaston Stadium.

With the most recent update from mosque officials last night, they said, “We have had our first inspections of the Small Heath Park and Edgbaston grounds for Eid tomorrow.

“The ground is wet but if there is no further rain, we will be continuing with Eid outdoors at both venues inshAllah.”

Event organisers strongly advise everyone to:

3. Come with wudhu. There are no wudhu facilities at the park.

4. Come on time. Prayer will start at the scheduled times (8.30am for Edgbaston and 9.30am for Small Heath Park)

The mosque team added: “There will be one final inspection at 6am tomorrow. If the water is heavily wet, we will be cancelling Eid outdoors and diverting people back to their masajid.

More details on Eid celebrations at Small Heath Park and at Edgbaston Stadium can be found here.

Birmingham Central Mosque in Highgate – often identified at the city’s main mosque with a capacity of 5,000 – will begin Eid prayer services starting from 7am and then on every hour until 11am.

“After detailed consideration of observatory reports and moon sighting evidence from different locations Birmingham Central Mosque have decided that Eid-ul-Fitr will take place on Monday 2nd May 2022,” said the mosque management.

The mosque’s scheduled Eid prayer times are as follows:

The 5000-capacity Central Jamia Mosque Ghamkol Sharif – located in Golden Hillock Road – is holding three morning Eid prayer services. The first at 8am, followed by 9.30am and then finally at 11am.

A tweet confirming and displaying these times was published on the mosque’s Twitter account yesterday but since appears to have been deleted. At the time of writing, there is no new information for Eid prayer times on the mosque’s website or social media.