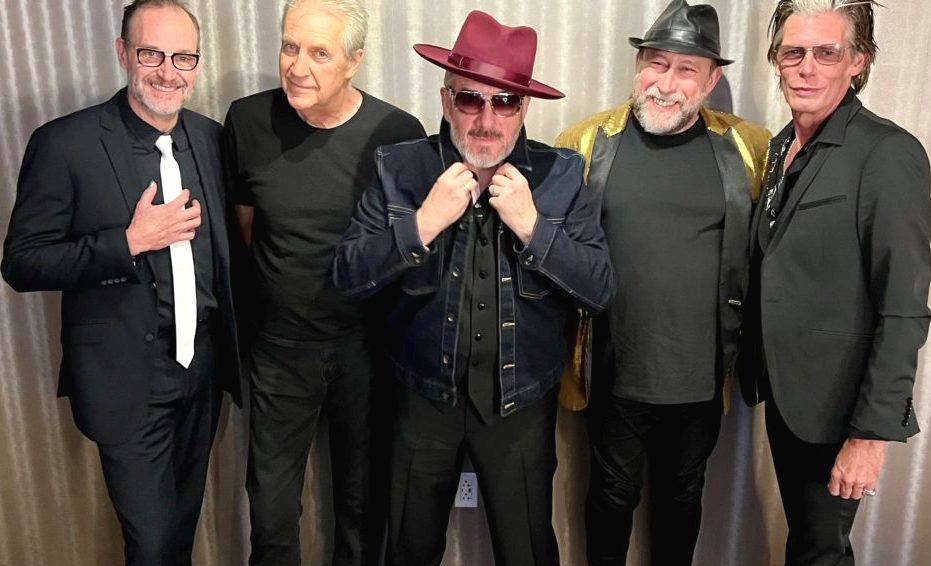 Elvis Costello’s The Boy Named If & Other Favourites tour stopped off at Symphony Hall last night (13 June) with a show that brought the crowds to their feet.

Regarded as one of the major acts of the British punk and new wave scene from the 1970’s and into the 80’s, Costello has been entertaining fans for decades and he shows no sign of stopping anytime soon judging by his exciting and pulsating performance in Birmingham.

His new tour – with his band The Imposters – stopped off at Symphony Hall with a show that delighted the audience and had people getting up and dancing.

The night started off with supporting act Ian Prowse – a singer whose music was championed by the late John Peel. Prowse paired down songs had elements of folk music woven into them.

The Symphony Hall crowd was very receptive to Prowse’s music and his performance laid the foundation for Elvis Costello and The Imposters to take to the stage.

The audience clapped with appreciation as Costello and the band (Davey Faragher, Steve Nieve, Charlie Sexton and Pete Thomas) emerged into the spotlight and took up their positions to unleash a show of such extraordinary musical energy that the auditorium reverberated with applause and members of the audience rose to their feet and started dancing and clapping in tune with the songs.

Costello is a musical chameleon who has successfully ploughed through various musical styles over his long career. This talented and highly-respected singer-songwriter has composed songs in musical genres such as modern classical, soul, jazz, country and folk.

Costello’s new show is peppered with songs from a long and varied career and also includes tracks from his critically-acclaimed new album The Boy Named If & Other Favourites.

Despite nearing 70-years – Costello turns 68 this August – he showed absolutely no sign at all of slowing down or taking things easy as he leaped from song to song with barely a second to draw breath before the end of one song faded and the intro to the next track kicked in.

He seemed to be full of beans, all energy and swagger, and constantly changed guitars as he journeyed through his vast catalogue of songs. His natural charisma was infectious and the crowd responded with pleasure whenever Costello spoke to the Birmingham audience as the epic show worked towards a thrilling climax.

Despite running for almost two hours the show moved along at breakneck speed with barely an idle moment or . The lighting for the show was spectacular with brilliant use of strobes that dazzled and bounced off the stage and zipped around the vast auditorium. Beautiful green glows wrapped around Costello, glittering and shining, with lights merging into various colours and then dancing around the stage in tune with the music being played by the band.

The legendary and much-admired acoustics at Symphony Hall did justice to Costello’s superlative vocals, and every guitar string and drumbeat was distinctly audible.

The level of energy displayed by the elegantly dressed Costello on the Symphony Hall stage would test the strength of a musician decades younger yet Costello carried on with perfect ease. This was a suave Don Giovanni who easily seduced and wowed the audience with his natural charm. The thunderous and rapturous applause that erupted around Symphony Hall as the concert ended was evidence that this was a very special night of live music.

Peace, love and understanding were themes that flowed through the music and they reflected the powerful and potent message that Costello conveyed to the Birmingham audience.