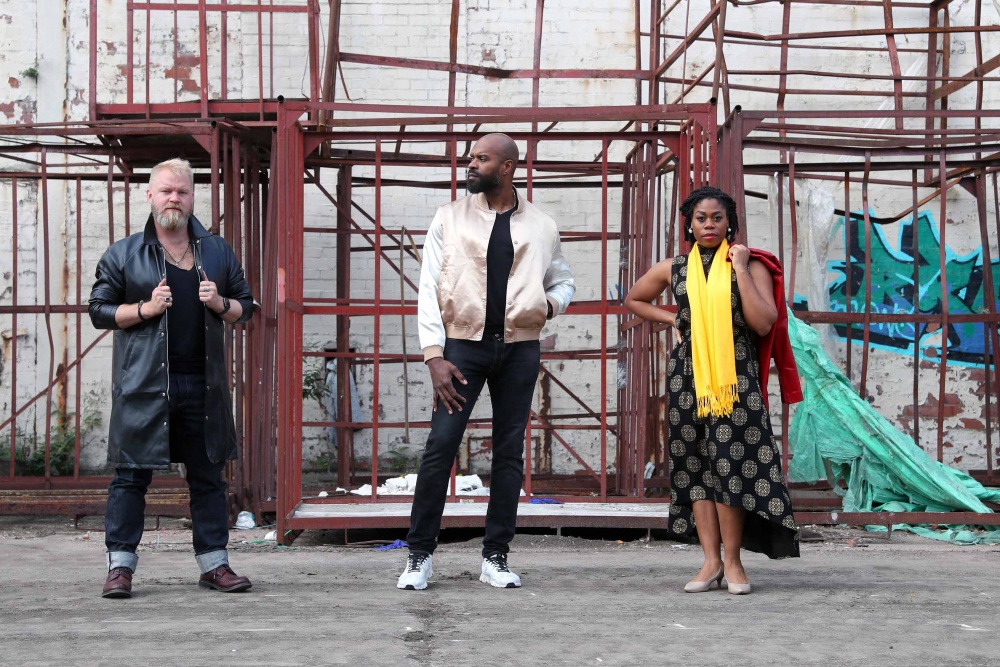 Sir Graham Vick, artistic director of Birmingham Opera Company, tragically passed away this month while working on the new production. The decision was taken by the company to go ahead with the opera as a tribute to the much-loved director.

Birmingham Opera Company is showcasing its annual opera production at a new venue after plans were changed to move the production to Symphony Hall in light of the government’s COVID-19 roadmap.

The eagerly awaited production of ‘Wagner’s RhineGold’ will be performed in English, with its full musical forces which includes an orchestra of 82 players from the City of Birmingham Symphony Orchestra (CBSO), a stellar international cast plus local volunteers.

The company is normally known for staging productions in large warehouses and former factories in which the cast, volunteers and audience freely mingle in ways which have become impractical under current conditions.

Due to uncertainties over the pandemic road map throughout rehearsals, the company decided to move the production from its intended location at Port Loop in Ladywood to Symphony Hall.

Coming together after a year of isolation, the performances have been in planning for two years and take place a full thirty years after the newly formed Birmingham Opera Company first staged the Ring Cycle.

“Whilst it’s not business ‘as usual’, you can always expect the unexpected from us and it promises to be as dynamic as ever.

“Forging ahead, we will share this great opportunity to experience this masterpiece, in its English translation by Jeremy Sams, with its full musical forces, an orchestra of 82 players from the City of Birmingham Symphony Orchestra, a stellar international cast and local volunteers.”

Mr Willacy also added: “In these uncertain times, the only certainty is purpose and ours will always be to bring great opera to as wide an audience as possible.

“We have been collaborating with local networks to extend access to communities across the city whom we’ve touched during this year of isolation.

“We’re still rehearsing in a warehouse space at Port Loop and we guarantee audiences our unique and radical Birmingham Opera Company take on the original myth of the forging of the golden ring. As ever it is an opera for our times.”

“I’m very excited that 30 years on from ‘The Ring Saga’ we can now plan full scale Wagner in Birmingham – and cast Gods, Dwarves and Giants largely from the diverse group of singers whom we have been nurturing.

“This revolutionary political satire is also a great show piece for our new Music Director and for the marvellous CBSO.

“From the murky depths of the unconscious to self-serving promises of castles in the air and the voice of a planet facing its own destruction – it could’ve been written now.”

Continuing the company’s ongoing collaboration with the City of Birmingham Symphony Orchestra, the cast will be accompanied on stage by CBSO musicians, enjoying the world-renowned acoustics at the orchestra’s home venue.

The CBSO will be conducted by Music Director and winner of the 2021 International Opera Award (Newcomer of the Year), Alpesh Chauhan.

Alpesh Chauhan spoke about the new production and said: “I’m delighted that ‘RhineGold’ is my first production as Music Director following my 2019 debut with the company with ‘Lady Macbeth of Mtsensk’.

“We have a stellar international line-up of soloists, boosted by the incredible forces of the CBSO and the people of Birmingham who volunteer to be a part of our creativity, all alongside the BOC team which is a hugely exciting prospect to make this opera come to life.

“This work is a staple of the core operatic repertoire, and I look forward to bringing Wagner’s masterpiece to life.”

The exciting new production will include the searing social-political themes which the late director Graham Vick explored in his previous productions with an emphasis on love being the redeeming factor in a world where darkness, paranoia and greed have taken hold.

Performances will now take place at Symphony Hall Birmingham on Saturday 31st July and Monday 2nd August at 7.30pm. Priced at £12.50 and £19.99 with concessions (10% discount for unwaged, under 16 and over 60), there will be both traditional seating as well as a section of socially distanced seating. Box Office: 0121 780 3333 (phone lines are open between 10am – 2pm Monday – Saturday) or book via the Symphony Hall’s online box office.