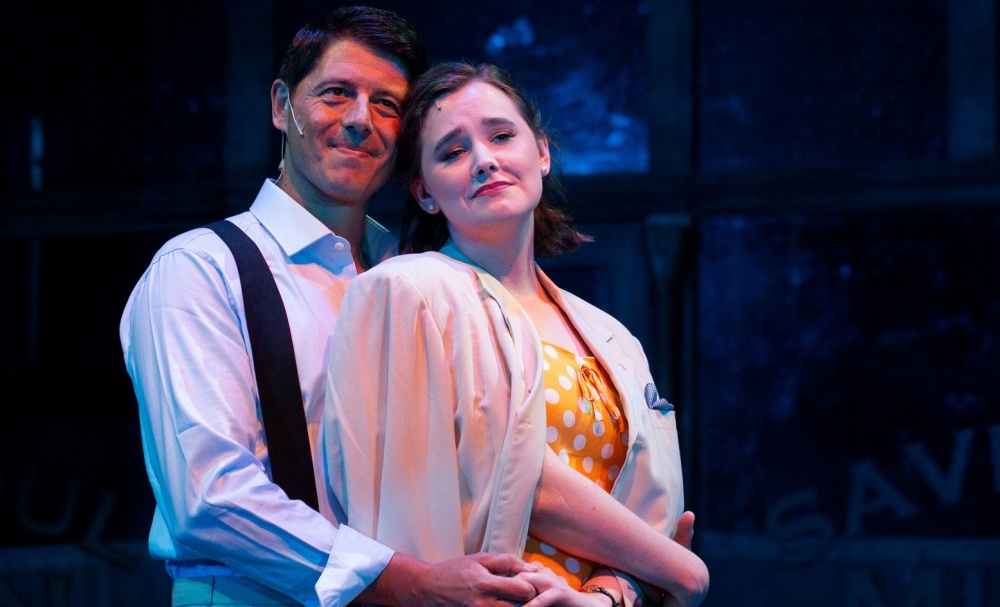 The witty Broadway musical Guys and Dolls comes to The Alexandra theatre in a bright and sizzling new production by a 136-year-old Birmingham musical theatre company.

The show – often listed as one of the all-time great musicals – lit up the stage with memorable songs that still have the power and magic to entertain the audience.

Guys and Dolls, which originally premiered on Broadway in 1950 and later went on to be adapted into an Oscar-winning Hollywood musical starring Marlon Brando and Frank Sinatra, is now running at The Alexandra theatre in the heart of Birmingham.

Throughout World War II members of the group entertained the troops in barracks and hospitals to boost morale and give people a beacon of light during a time of darkness by using the magical power of music to lift and inspire the human spirit.

Despite being set in another era, Guys and Dolls has stood the test of time and the new production bubbles and fizzes along with comedy, drama, singing and dancing.

The plot, based upon a series of overlapping stories by Damon Runyon, revolves around a couple of lovable rogues and their sweethearts.

The charismatic characters shamble their way through a heady dose of mix-ups, with lots of mischievous tricks and mind games played on the journey of love.

The music and lyrics by Frank Loesser, and book by Abe Burrows and Jo Swerling, remain as fresh as the day they were penned in the last century.

The comedy and drama elements are balanced beautifully, and the show delivers a night of memorable music and dancing.

The stage is decorated with advertising billboards, posters and banners of familiar brands of soft drinks, cars and cigarettes with their original fonts and styles from the 1950’s.

This nostalgic art and set design transports the audience to the era in which the story unfolds.

Director Stephen Duckham revitalises the show for a modern audience by his choice of pacing which leaves zero room for boredom in any of the scenes.

The sweet natured love shared between the cast and crew peppers Duckham’s vision of Guys and Dolls.

Aaron Gibson’s choreography is richly crafted with every dancer fully committed to the spirit of the show. Whether ensemble or solos, the dance sequences are unique and full of fiery energy.

The lighting design by Jonathan Simpson is absolutely gorgeous and is used to layer scenes with atmospheric hues that reflect the emotional subtext of the scenes.

The gambling scenes are lit in cold dark blues and noir shadows while the sensual scenes glow with pulsating reds.

The performances are first-rate throughout and none of the singers or dancers disappoint.

These talented artists danced, acted, and sang out their hearts for the sake of art rather than for fame or fortune. The integrity and passion which they each invested into their roles shone through bright and clear.

Birmingham and Midland Operatic Society delighted The Alexandra audience with a memorable night of romantic music and delirious dancing.

May this musical group – who’ve been delighting and inspiring audiences for over a century – continue entertaining people for another hundred years to come.

Guys and Dolls runs at The Alexandra, Birmingham, until Saturday 2 July