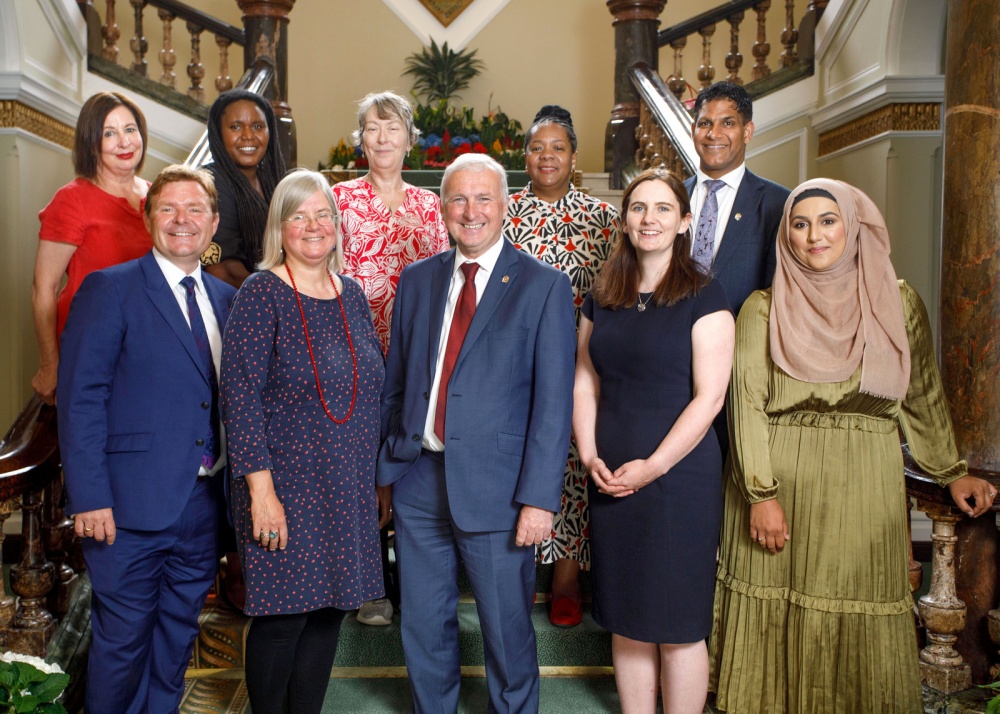 The Birmingham City Council cabinet has more women then men for the first time (Photo: BCC)

The Leader of Birmingham City Council announced his new cabinet this spring, with women in the majority of seats for the first time, and now new images have been released of the new dream team.

Cllr Ian Ward initially revealed the nine members who would be joining him in making the big decisions for Birmingham in May (Monday 16) after being re-elected as Leader following a challenge from councillors Waseem Zaffar and Liz Clements.

While Liz Clements was embraced into Ward’s new cabinet, former cabinet member for transport and the environment, Cllr Zaffar, was unceremoniously booted out.

What does the cabinet do?

The Leader, together with the Cabinet, takes all of the significant decisions within the council (excluding planning and licensing issues) through their Cabinet meetings or individual decision making process.

The Forward Plans are available to see that gives advance notice of all the “key decisions” which the Executive is likely to take over the next 4 month period. The Leader and Cabinet work towards fulfilling policies and priorities as outlined in the Leader’s Policy Statement.

The aim of the Cabinet is to enable political accountability for the Directorates in developing the projects to underpin and carry forward the policies set by the Leader and the Cabinet.

Cabinet Members are councillors with special responsibility for a part of the council’s activities, for example Health. Their area of responsibility is known as their portfolio. Cabinet members work with council officers and others to develop policy within their portfolio, and work together on particular cross cutting portfolio areas. The cabinet also produces the council’s budget.