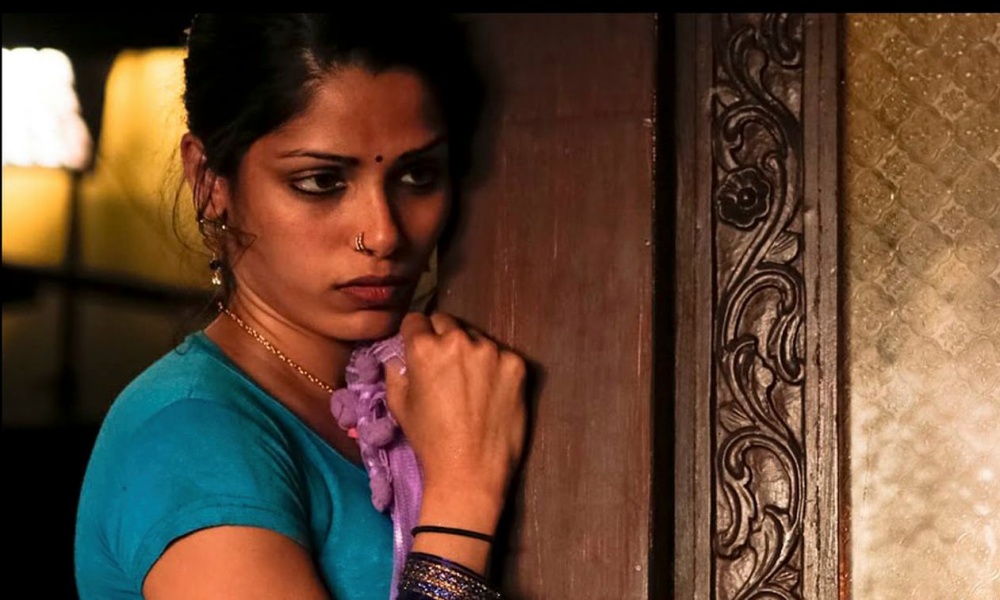 Love Sonia will stay with the viewer for hours after the film has finished (Photo: Womark/Noorani Productions)

Love Sonia is a hard-hitting, harrowing film that succinctly highlights the untold story of young girls who are sexually trafficked internationally and their journey from innocence to desolation.

The film follows the story of Sonia (Mrunal Thakur) and Preeti (Riya Sisodiya) as two sisters who are daughters of a desperately poor farmer in the desert-like outskirts of Mumbai.

After finding that her older sister Preeti has been sold to go to Mumbai to ‘work’ – Sonia desperately attempts to find her sister, however she is forced into the brutal world of sex work.

Their lives are at the hands of their abusers and Sonia finds herself being trafficked across the world in shipping containers and ends up in Los Angeles via Hong Kong.

Love Sonia will stay with the viewer for hours after the film has finished. The story and authentic performances leave much to contemplate. The directional debut by Tabrez Noorani is first-class and it is partly because of his attention to detail. The close up shots to reveal the bond between the sisters, the cut-away to the filth that can be on the floors of brothels and unconventional use of the camera in flash-back scenes.

The story is based on true events and has a fascinating backstory. Noorani first came to know about human trafficking from India to USA whilst being a resident of Los Angeles. A friend had asked him for a help after a South Asian woman had been rescued and they later found she had been forcibly trafficked from India.

He then precariously researched the issue and whilst filming for Slumdog Millionaire, became involved in helping NGO’s and with brothel raids – saving multiple minors from forced sex trade in the process. A vigilante director, if there ever was one.

The movie has taken over ten years to make and Noorani has successfully created an inspiring cast consisting of relative newcomers like Mrunal Thakur and Riya Sisosidya whilst relying on experienced actresses such as Richa Chadha.

Freida Pinto delivers an amazing performance as a disconsolate veteran prostitute who has a rocky relationship with Sonia in the Mumbai brothel.

Manoj Bajpayee’s enactment of a vile pimp is brutal as he attempts to keep his girls in check and break new arrivals into submission. Other notable performances include that of household names such as Anupham Kher and Demi Moore, who if anything, help raise the profile of the film with their cameo appearances.

It is unfortunate that the film was shunned by the Cannes and Sundance film festivals and has had a somewhat limited-release. The story is one that must be told and happens to hundreds of thousands of girls each year.

Be sure to check out Love Sonia wherever you can to experience the untold stories of the voiceless.

The Birmingham Indian Film Festival (BIFF) is on at venues across the city until July 1. For more details, visit: www.birminghamindianfilmfestival.co.uk