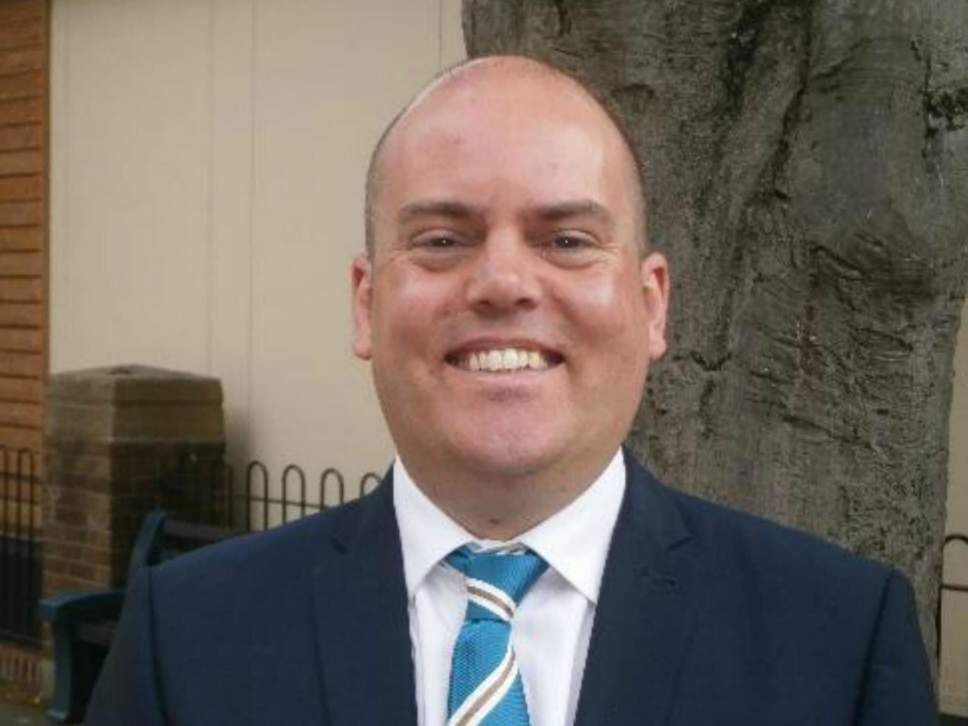 Andrew Moffat, the teacher at the centre of the ‘No Outsiders’ protests, will be leading this year’s Birmingham Pride parade, organisers have confirmed.

The openly gay teacher authored ‘No Outsiders’, an educational resource which aims to educate children on tolerance to those of all genders and sexualities. The use of this book in the classroom at Parkfield Community School in Saltley, where he sits as Assistant Headteacher, caused a storm of ongoing protests earlier this year.

After navigating the widely publicised protests, Moffat has now been invited by Birmingham Pride organisers to lead this year’s parade. Fittingly, the theme for this year’s event is ‘Love out Loud’, and despite criticism, this is what Moffat’s peers have praised him for promoting through ‘No Outsiders’.

Speaking of his happiness of leading this years parade, Moffat said in a statement: “I’m overjoyed that Birmingham Pride have asked me.

“My role is to stand up there and say that ‘No Outsiders’ needs to be taught in schools because this is how you help end homophobia – by teaching children about different people from an early age.

Continuing, he stated, “The message that I want to give is that it’s not a case of Muslims versus LGBT or different cultures not getting along. It’s about bigotry and fear, and the great thing about Birmingham is its diversity and that we can all get along.

“Birmingham is a great place. There are no no-go areas for LGBT people – but we can’t be complacent. We have to be out there, we have to talk about it and we have to work together.”

Birmingham Pride Director Lawrence Barton said, “Our theme this year is Love Out Loud – it’s a celebration of our right to love, no matter our gender, sexuality, personal identity, colour, religion or race – and given the division which the controversy over ‘No Outsiders’ lessons has created, I can think of no better or more inspiring person than Andrew Moffat to lead our parade.

“Andrew’s ‘No Outsiders’ programme is doing excellent work in helping children to learn about and understand the world around them.

“He is very much a man of the moment, and we’re delighted to be able to offer him our support as he works to educate youngsters about equality and diversity.

“Back in 2015, Birmingham Pride awarded a grant of £5,000 to the ‘No Outsiders’ programme, and it’s wonderful to once again be playing a part in promoting such an incredible initiative.”

Subsequently, Andrew Moffat MBE will be front and centre of the vibrant Birmingham Pride parade starting from Victoria Square on May 25th. The parade will snake its way through the city ending up at the city’s iconic Gay Village where the two day event will be held.

Moffat will be joined by charities, human rights organisations and trade unions made up of LGBTQ+ identifying individuals and their allies. Inclusive education group SEEDS, which was formed in defence of Andrew Moffat and LGBT+ education, will also be marching alongside the celebrated teacher.

In February, Moffat was one of ten teachers from around the world to make the final shortlist for the $1m Varkey Foundation Global Teacher Prize 2019.

(Visited 1,153 times, 1 visits today)
https://www.iambirmingham.co.uk/2019/05/04/parkfield-no-outsiders-teacher-andrew-moffat-overjoyed-lead-years-birmingham-pride-parade/https://www.iambirmingham.co.uk/wp-content/uploads/2019/05/AndrewMoffat-800x600.jpghttps://www.iambirmingham.co.uk/wp-content/uploads/2019/05/AndrewMoffat-300x225.jpg2019-05-04T21:05:49+00:00Joshua WilliamsCommunityEducationEventsLGBT+NewsWhat's Onactivism,Andrew MOffat,Andrew Moffat MBE,Birmingham Pride,Birmingham Pride 2019,Birmingham Pride Parade,Education,England,I Am Bham,I Am Birmingham,inclusive education,Lawrence Barton,LGBT,LGBTQ,love out loud,No Outsiders,No Outsiders Education,Parade,Parkfield Community School,Parkfield protests,Parkfield School,Saltley,Teacher,uk prideAndrew Moffat, the teacher at the centre of the ‘No Outsiders’ protests, will be leading this year’s Birmingham Pride parade, organisers have confirmed. The openly gay teacher authored ‘No Outsiders’, an educational resource which aims to educate children on tolerance to those of all genders and sexualities. The use of this book in the classroom at...Joshua WilliamsJoshua Williams[email protected]AuthorJoshua Williams is the former Mr Birmingham 2015-2017. He is a young ambassador, politics student and mental health and LGBTQ+ rights campaigner.I Am Birmingham
« What’s on in Birmingham for international Star Wars Day?
National Express gets city transport rainbow-ready ahead of Birmingham Pride »