PRIDE GUIDE 2019: What to expect at this year’s Birmingham Pride! 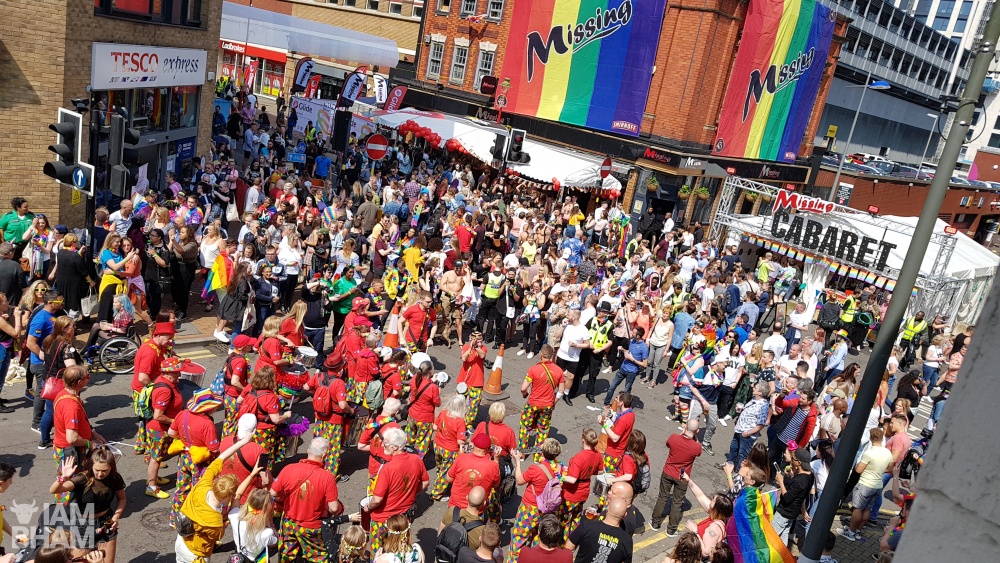 As May Bank Holiday weekend fast approaches, it can mean only one thing: the UK’s biggest two-day pride festival is returning!

With a celebration of the second city’s LGBTQ+ community and heritage, Birmingham Pride is taking place over Saturday 25th and Sunday 26th May.

Known for its celebration of LGBTQ+ identities with the entertainment factor to match, Birmingham Pride is set to, once again, welcome tens of thousands of visitors to the iconic Gay Village.

Putting the ‘community’ into the LGBTQ+ community, Birmingham Pride will again see the annual Pride Parade snake through Birmingham city centre. Beginning from 10am, the rainbow train, supported by local charities, businesses and community initiatives, will dance its way through the city.

Starting at Victoria Square, the ‘Love Out Loud’ spectacular will end in Southside where the main event will officially launch!

The festival itself features the Virgin Trains Main Stage where artists such as Years and Years and the Human League will be entertaining visitors. In addition, the Mixmag Arena, Los Angeles Cabaret Stage, The Future Stage with Spindle Mag and the Women’s Arena will leave visitors spoiled for choice!

With community being at the heart of Birmingham Pride, organisers have this year announced the launch of the Lip Sync Stage giving a platform to queer entertainers in the city. Be sure to watch Drag Punk and Tanja McKenzie on the stage who are set to bring the house down with their lip sync extravaganza.

If you’re worried about missing your favourite artists, don’t worry – we’ve got you covered! Check out our guide below to see who’s performing and where…

1pm to 4pm: Sandra, Drag With No Name and Miss Thunderpussy

Be sure to check out the Missing Bar Cabaret Stage – from 6pm both nights outside of missing –  where you can see legends such as Donna Trump, Twiggy, House of Allure Burlesque and Jenna Davinci.

The NEW Lip-Sync Stage is located on the middle floor of the Nightingale Club.

With Birmingham Pride being a ticketed event, the Birmingham LGBT Centre is also hosting several cultural and entertainment-based activities to ensure everyone can participate in Pride!

2pm to 5pm: Zara Sykes, Esther Turner and More. There will also be a pride open area with food, music and badge making. A quiet area is also available upstairs.

9pm to Midnight: Marsha Mellow, The Viviene and Vicky Jackson

1pm to 4pm: DragPunk, The Clause, Sophie Lou and Abisha

6pm to 9pm: Hungama, Call Me Loop and Ashnikko