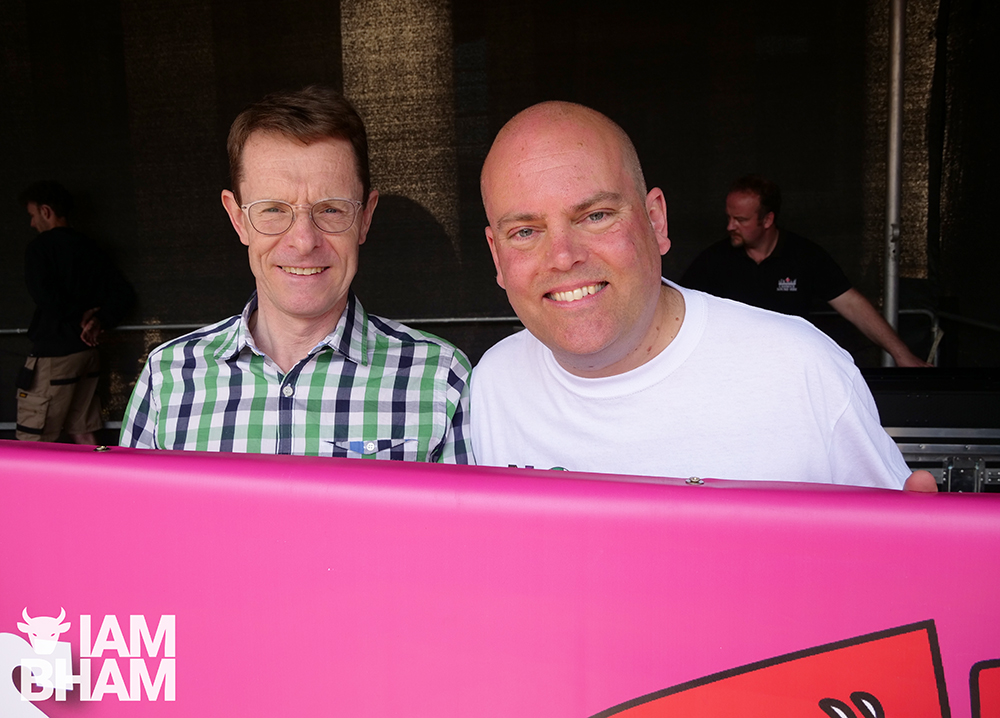 In a historic Birmingham Pride, thousands of revellers lined the streets of Birmingham city centre to watch Andrew Moffat, and local Muslim community groups, lead the Pride parade. At its launch, Andy Street condemned the ongoing protests happening in schools such as Parkfield Community School and gave the city’s support to the programme and to the promotion of equality through education.

Launching from Victoria Square at 12 noon, the start of the parade saw speeches from Andy Street and Andrew Moffat – the teacher at the centre of the ‘No Outsiders’ protests in schools around Birmingham. Before being launched by Moffat, Andy Street reaffirmed the city’s commitment to protecting LGBTQ+ individuals in line with the equality act.

Speaking of the protests occurring in Birmingham at present, Andy stated, “This teaching is a right, and a requirement, under the equalities requirement of central government and nothing inappropriate is being done.

“We have to move to a point where young people going to school do not do so against really intolerant protests that we are seeing”.

Though the array of colourful floats from an array of community groups, business partners and trade unions are a marvellous sight, historically, the parade is about protest. Andy Street spoke to the revellers below about supporting protests as a right, but, fundamentally, these protests are based in ignorance and intolerance.

In inviting Andrew Moffat to lead this year’s parade, it can be viewed that Birmingham Pride is returning to this sentiment.

The openly gay teacher authored ‘No Outsiders’, an educational resource which aims to educate children on tolerance to those of all genders and sexualities. In using this resource in the classroom at Parkfield Community School in Saltley, where he sits as Assistant Headteacher, Andrew faced fierce backlash from parents sparking mass protests.

Joined by inclusive education group SEEDS, which was formed in defence of Andrew Moffat and LGBT+ education, as well as charities and human rights organisations, Andrew was visibly emotional at the response and support he had received.

In an aim to promote knowledge of LGBTQ+ individuals in education, Birmingham Pride Director Lawrence Barton stated, “I can think of no better or more inspiring person than Andrew Moffat to lead our parade”.