4 years on: Remembering how Birmingham responded to the Orlando mass shooting 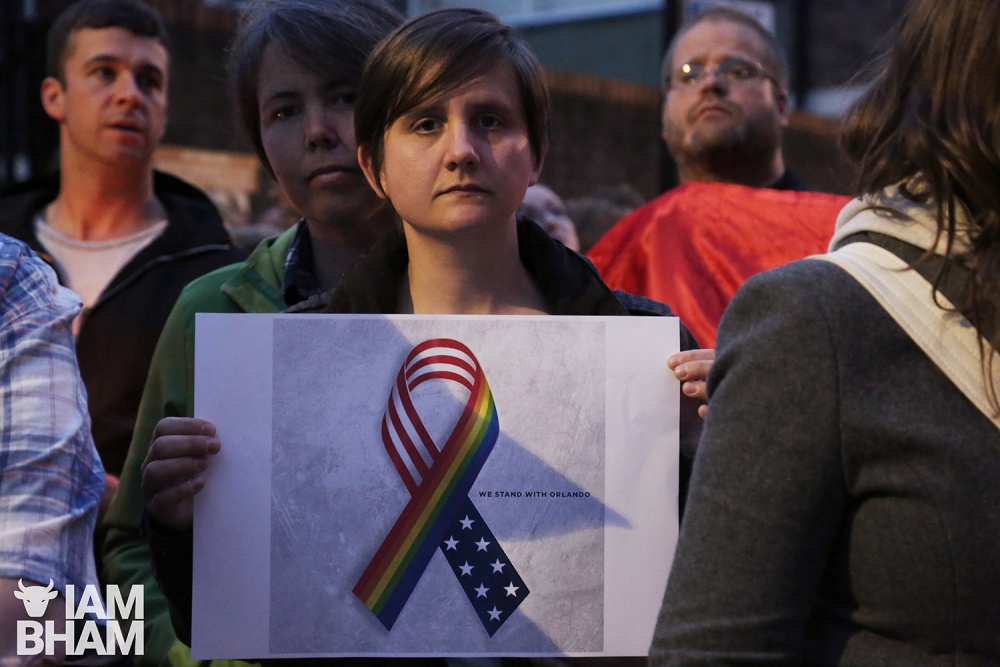 Brummies came out in force to mourn and share solidarity with the victims of the Orlando shooting in 2016 (Photo: Adam Yosef)

Four years ago on June 12th 2016, a mass shooting in Florida, sent shockwaves around the world as 49 innocent people were shot dead at an Orlando nightclub.

Gunman Omar Mateen murdered 49 and left another 50 people injured at Pulse nightclub, a popular LGBTQ+ venue, before himself dying in a shootout with police in the same night.

At the time, the incident was the deadliest mass shooting in the US. Taking place during the club’s Latin Night, many of those killed were Latino and LGBTQ+, making it the deadliest act of violence against LGBTQ+ people in the United States.

In the aftermath of the attack, LGBTQ+ individuals, communities and their allies came together across the world to stand in solidarity with the victims and their families, and to show strength in numbers against homophobia, transphobia racism and hate.

Across UK cities, similar displays of unity were expressed, with hundreds gathering outside the Admiral Duncan pub in London – an LGBTQ+ venue which was the site of a neo-Nazi bombing in 1999 that left people 3 dead and dozens injured – armed with flags, candles and tributes.

Similarly, hundreds congregated in the rain outside Birmingham’s Nightingale club, the city’s oldest LGBTQ+ venue. Grieving for the loss of life in Orlando but also defiant and united against any attempt to harm or create disunity. Holding rainbow balloons and flags, and lighting candles and leaving flowers; tributes were led by community leaders, local politicians and activists.

In Orlando, the date has since been declared “Pulse Remembrance Day”, on which all flags in the city are lowered to half-mast and Floridians mark the tragedy with a moment of silence.

The names and ages of the 49 victims killed were confirmed by the City of Orlando:

Birmingham responds to shooting in solidarity

Hundreds gathered outside the Nightingale Club in Birmingham to express their grief, sorrow and solidarity following the Pulse nightclub shooting in Orlando.