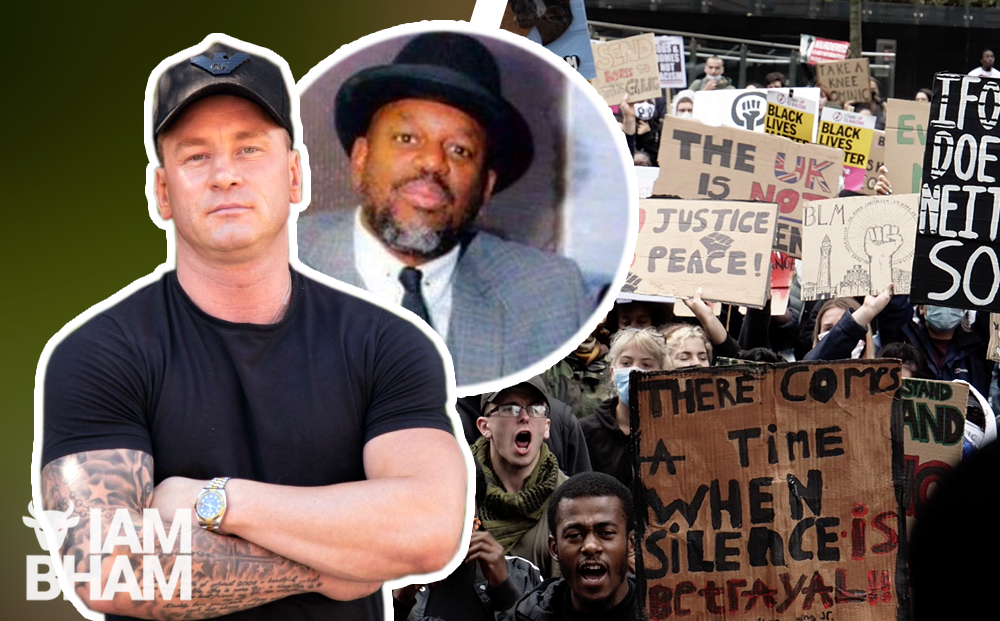 A former football hooligan from Birmingham is organising an anti-racist march to show solidarity with Black Lives Matter in honour of his friend who was tragically shot dead by armed police last year.

Marc Gauntlett, who was active in The Zulu Warriors hooligan firm which supported Birmingham City Football Club, was devastated to lose his close friend Trevor Smith in March and wants to show that football fans must rise beyond racist attitudes and challenge racism head-on.

In the wake of peaceful global Black Lives Matter protests and violent far-right riots in London, Marc has organised his own anti-racism march to bring together football fans and former ‘hooligans’ in the hope of uniting people of all backgrounds against hate.

Speaking to I Am Birmingham, Gauntlett was keen to explain that while there are lots of hooligan firms that are racist, he did not feel the Zulus were one of them, and is proud of their multicultural and multiracial membership.

“Many of the football firms, there’s s till a lot of racism going on. Some of the [Black Live Matter] protests have been really good, really great, all mixed races… but it’d good to show that Black lives do matter as well as every other life, I fully agree with it to be honest with you.”

Following scenes of various hooligan firms recently going to London to “protect the statues” during a Black Lives Matter protest, Gauntlett said he wanted to show not all hooligans were racist or violent. Explaining that “most of the people who went to London went to cause trouble”, he felt it gave football fans a bad name.

In response, he has organised a peaceful march to highlight racial inequality and injustices which he hopes will be dominated by football fans and former ‘hooligans’.

The march is expected to begin from outside the Birmingham City Football Club in Small Heath on Saturday, and make its way to Birmingham city centre.

Who was Trevor Smith?

One of the main reasons Marc Gauntlett has organised his upcoming anti-racism march is because his good friend Trevor Smith was one of the names added to the list of 1700 black people who have died at the hands of the police.

The 52-year-old was shot by police during an ‘intelligence- led operation’ at his flat in Lee Bank on Friday 15 March 2019.

Smith was killed by an armed officer who fired a single shot in a flat in Lee Bank, Wheeleys Lane. Following his murder, tributes poured in calling him a ‘Birmingham Legend’.

Known to most as “Big Trev”, the father-of-two had been having mental health struggles at the time of the incident, according to Gauntlett, who also believes police were responding to an altercation between Smith and an ex-girlfriend.

Smith’s family and friends have criticised West Midlands Police for excessive use of force. The Independent Office for Police Conduct (IOPC) are currently investigating the incident.

In the statement at the time, the body wrote: “Our investigation is progressing after a man was fatally shot by West Midlands Police in Lee Bank, Birmingham. We have established that during an intelligence-led operation concerning possession of firearms, police officers with an arrest warrant attended a flat in Wheeleys Lane at around 5 am.

“After police had entered the property, a 52 year-old man, Trevor Alton Smith, was shot by an armed officer within the flat. Officers attempted resuscitation and an ambulance attended, but Mr Smith was pronounced dead at the scene.

“We have so far verified that one officer fired one shot. No-one else was present in the flat. A non-police issue firearm was recovered from the property.

“After being notified by West Midlands Police, our investigators were sent to the scene to gather evidence and oversee forensic examinations. We also attended the post incident procedures where officers involved have provided their initial accounts.”

The ongoing investigation has involved authorities reviewing body-worn video footage from the officers involved in the armed raid.

Gauntlett was an active member of The Zulu Warriors, a football hooligan firm associated with Birmingham City.

The Zulu Warriors first appeared in the late 1980s and the name reportedly  came from a chant of “Zulu, Zulu” which Manchester City fans aimed at Birmingham in 1982, due to their multicultural following.

Unlike many British hooligan firms which were universally white and where racism festered as a primary feature, The Zulu Warriors have always had members from a cross-section of ethnic backgrounds. This made it harder for the “Zulus” to be infiltrated by members of the far-right and the National Front over the decades.

“When I left school, I started meeting a few lads from down the football, started going to a few games, got myself into a bit of trouble a few times, done a bit of prison, which I ain’t really proud of.”

While the Zulu Warriors are still active as a hooligan firm, their focus is no longer violence in sport and many of their members want to spread city pride and positivity, including a strong challenge to rising racism and far-right hate associated with football fans across the UK.

Now reformed, Marc aims to use his experiences to bring football fans from all backgrounds and loyalties together for help the younger generation.