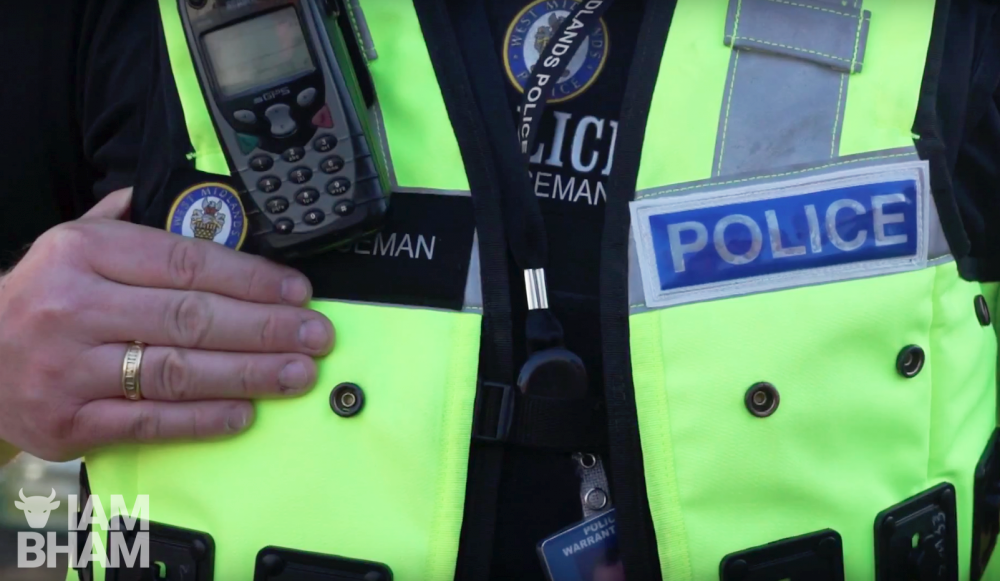 West Midlands Police have had a "high level" of emergency calls after pubs reopened, including reports of fights and domestic abuse (Photo: Adam Yosef)

West Midlands Police have confirmed a “high level” of emergency calls were made last night following the reopening of pubs and bars yesterday, although only four arrests were connected to pub activity.

The calls – which were logged throughout the night – included concerns about fights, domestic abuse, anti-social behaviour and loud parties, resulting in several arrests. However, officers said they had limited trouble from bars and public houses.

The announcement comes after hospitality venues were given the go-ahead to begin trading again yesterday (July 4) while still maintaining social distancing measures.

This meant that pubs and bars across the country and in the West Midlands could successfully and safely reopen following an extended period of closure due to the coronavirus pandemic and subsequent lockdown.

With many rejoicing at the prospect of enjoying going out again, yesterday’s celebrations were dubbed as “Super Saturday”. After three months of closures, Government guidance permitted bars and restaurants to reopen yesterday, so long as they adhered to social and physical distancing with safety measures to protect both staff, customers and the public.

While these measures were officially in place, dozens of photos and videos from entertainment quarters and venues across the country showed scenes of close contacts, revellers not wearing masks and spaces so cramped, it was near impossible to maintain safe distance.

Confusion has also been voiced on social media by individuals unsure of the difference between the one-metre and two-metre distancing rules.

In a statement released today, West Midlands Police revealed they had “received a high level of 999 calls during the early hours of this morning, reporting fights, house/street parties and loud music” and “also saw an increase in reports of domestic abuse.”

However, they highlighted that “only four arrests” has been made “connected to pubs and bars across the entire force area last night and very few calls regarding any trouble.”

Chief Superintendent Steve Graham, police commander said: “It’s been difficult for many businesses recently, it was great to see them open again and people out having a good time, while being sensible and observing the social distancing measures that are in place.

“We saw people taking great personal responsibility for their actions and behaviour and the evening ran smoothly with only a handful of incidents at pubs and bars reported to us.

“Three arrests were made following reports of a disorder at a pub in Sandwell and one person was arrested to prevent a breach of the peace in Birmingham.

“Our officers were on hand to assist designated premises supervisors and security teams. We were impressed with the compliance of the majority of people who came out to enjoy the eagerly awaited reopening of pubs and bars within our vibrant cities and towns, thank you to everyone who played their part in keeping us all safe.

“It was a busy evening, with lots of people deciding to host house or street parties or visit their locals pubs instead of heading into those in our larger cities and towns. Sadly some of these resulted in police being called following complaints about drunken behaviour, noise nuisance and fighting.

“Lockdown has been tough for everyone; while we understand that people were excited about the easing of restrictions, it’s a shame we saw some pockets of disorder and violence on our streets. This is not acceptable and we’re doing all we can to find and deal with those responsible.”

Infuriating seeing this in Soho 😡

Yet gyms & the leisure industry are still closed!! 🤷🏼‍♂️

Meanwhile, in London, a senior police officer declared that drunk people are incapable of maintaining correct social distancing, after thousands flocked to reopened pubs to celebrate a possible premature ‘end to lockdown’.

The streets in Soho in central London were swarming with people well into the early hours of Sunday, as drinkers let their hair down. As photos of the evening’s activities were shared across Twitter, one social media user described the scenes as a “petri dish” for coronavirus, while a store manager on Old Compton Street said the area was “out of control”.

John Apter, the chair of the Police Federation of England and Wales, said he ended up dealing with “naked men, happy drunks, angry drunks, fights and more angry drunks” while on shift.

“What was crystal clear is that drunk people can’t or won’t socially distance,” he told London radio.

England’s chief medical officer Professor Chris Whitty has warned the pandemic “is a long way from gone” and urged the public to follow social-distancing rules as pubs and restaurants reopened.

Speaking on Friday, Prof Whitty said: “None of us believe, and I’m sure nobody watching this believes, this is a risk-free next step. It is absolutely not, that is why we have to be really serious about it.

“There’s no doubt these are environments whose principal job it is to bring people together, that’s a great thing to do socially but it’s also a great thing from the virus’s point of view.

“Therefore, we do have to have a really clear and really disciplined approach to try and maintain social distancing whilst also enjoying pubs.”

The unsurprising but disturbing revelations comes as 52% of voters believe the hospitality sector has gone back into business too early, according to a survey by pollster Opinium.

The survey reveals that 73% expect a second outbreak of COVID-19 this year, with the Government’s disapproval rating at 49% – with just 30% approving of its performance.

The survey also finds that 53% of people think easing of the lockdown is happening too fast, and more than 55% of voters are braced to go back into full lockdown before a vaccine becomes available.