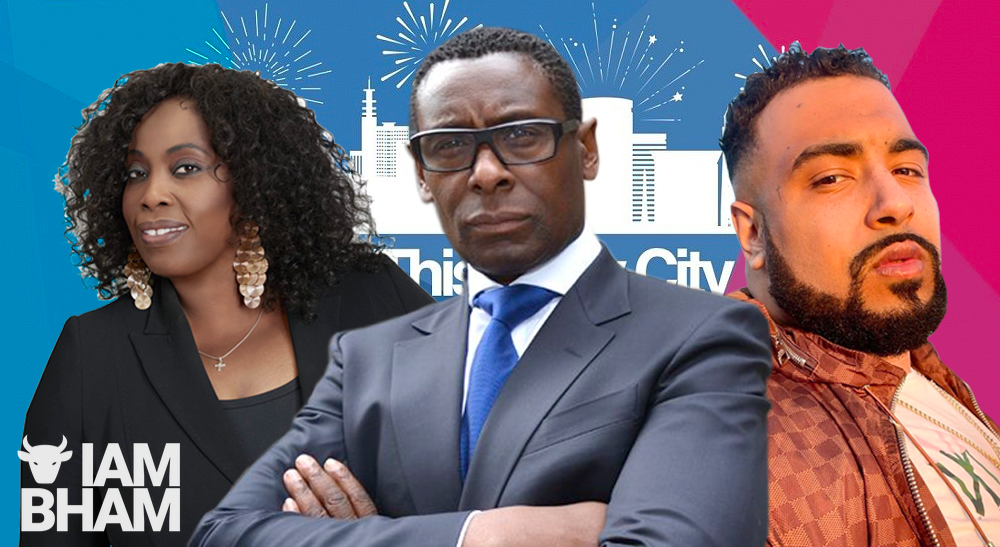 Celebrities Ruby Turner, David Harewood and Raurie Williams will be joining the online This Is My City festival

An annual festival celebrating diverse communities across Birmingham is set to take place this month and will be delivered both digitally and at a physical venue.

Being held on select days between 12-26 June, ‘This is My City’ will bring together Birmingham residents to celebrate the rich cultures of the UK’s second city, with a strong focus on spotlighting health and wellbeing.

Now in its third year, the festival’s main two-day online event (12-13 June) will explore the cultures and flavours of Europe, Asia, Africa and the Caribbean, through what organisers have described as “the universal components of world food, music, arts, culture and sport”.

The festival’s jam-packed itinerary –  coordinated by United Community Activity Network (UCAN) and officially endorsed by United by Birmingham 2022 – will primarily be launched online.

“The ‘This Is My City’ (TIMC) programme and festival in particular is something that Birmingham needs, not only celebrating the culture and achievements of the diverse community of the second city but addressing issues around black health,” said UCAN Director Mark Jeffreys.

“As a member of the TIMC team and also as a director for UCAN, the charity that has developed the initiative, this is something we all need to support and embrace.”

The second day of the festival will include the first ever global summit for black health, in conjunction with with American partners Black Health Matters, host of the largest virtual U.S. health summits for people of colour.

A host of medical presenters will attend the summit, discussing various topics around black health inequalities faced by ethnic minority communities in Birmingham.

Roslyn Y. Daniels, publisher of Black Health Matters, said: “As a group, people of the diaspora experience significant disparities with chronic conditions, access to care, preventive screenings, and mental health. This new collaboration will have global impact and is the first of many that will encourage thousands to become more proactive and knowledgeable about their health.”

“Birmingham inspired my life and career and took me on a journey across the globe. I take my city to the world and bring back the world to my city to inspire a new generation,” explained Apache Indian.

“It’s an absolute honour to be an Ambassador for a city that gave me identity and freedom.”

Following the easing of COVID restrictions, a third day of celebrations has also been announced for June 26 and will take place at Edgbaston Stadium alongside a T20 Cricket fixture for the resident men and women’s team.

The ticketed event will provide an opportunity for attendees to enjoy live entertainment, foo, try out some fun sports and embrace the electric atmosphere of the T20 showdown.

UCAN community outreach lead Dawn Carr said: “Birmingham had identified disproportionate health inequalities that have made a considerable impact on the lives of  Black and migrant communities, long before COVID-19.

“As a result, we have teamed up with local academics, sport organisations, food foundations, corporate and community partners to raise awareness and developed our solution focused programme ‘This Is My City’.”

WATCH | Rebecca Hemmings presents ‘This Is My City’ trailer:

For more information about This Is My City, please visit www.festival.thisismycitybham.org.