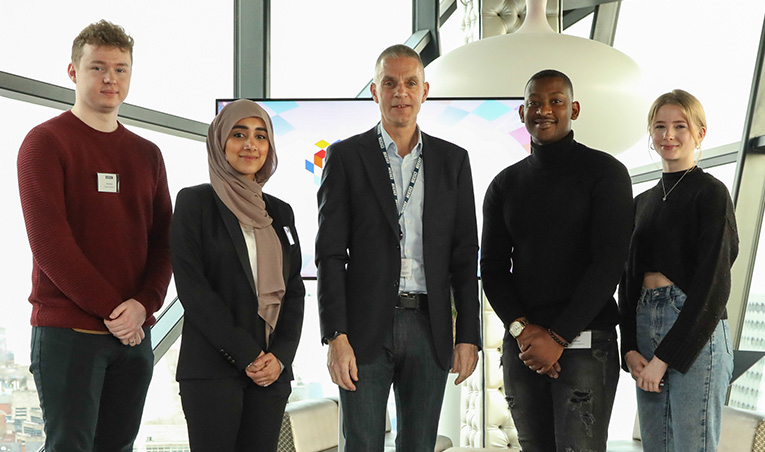 Birmingham will be “home to the future of the BBC” following the launch of a new apprentice hub, BBC Director-General Tim Davie has said.

Mr Davie made the comments while addressing creative sector employers from across the West Midlands at an event today (Friday 18 February).

The apprentice hub will be based in Birmingham and will place up to 50 apprentices in its first year with employers in the region’s creative industries.

Addressing employers to mark the launch of the new Apprentice Hub, Mr Davie said: “Together with our partners in the region, we want to build a talent pipeline. We want to produce the skills that will support and sustain the BBC for years to come while developing the growing creative sector in the West Midlands.

“It is a pilot for now and if successful we will roll it out around the country. But where better to test it than Europe’s youngest and most diverse city.”

The BBC recruit the apprentices and manage their learning while partner Google will pay other training costs through the Apprentice Levy Transfer Donation scheme.

Eight employers have so far signed up to the scheme including Covatic and also Ubisoft, which was the first gaming organisation to commit.

“Being part of this network of creative businesses, and working alongside them to find the brightest new talent across the region, is a great opportunity.

“This scheme will help us to continue to connect with our local communities and open doors into the videogames industry for a wide range of people.”

Tim Campbell, best known as the winner of the first series of BBC One’s The Apprentice, is supporting the scheme.

He said: “I’m fully supporting the new BBC Apprentice Hub which gives you the chance to find and develop new local talent who will bring fresh ideas to your business.

“And making sure that local young people get the opportunity to work with the best creative, digital and cultural businesses in the Midlands, a place dear to my heart.

“I would urge you to get involved and to say you’re hired to the great diverse talent that we know is in the Midlands. It makes good business sense.”

The Apprentice Hub will be based in Birmingham and is part of the BBC’s Across the UK plan, which was announced in March 2021. It is the biggest transformation of the BBC in decades; moving power, production and investment out of London.

Through the plan, the BBC is aiming for 1,000 apprentices in the organisation each year by 2026. Birmingham has been earmarked as a youth hub with Radio 1’s Newsbeat and the Asian Network relocating to the city alongside BBC Three, which already has a base in Birmingham.