Birmingham 2022 Festival launches with a six-month celebration of creativity 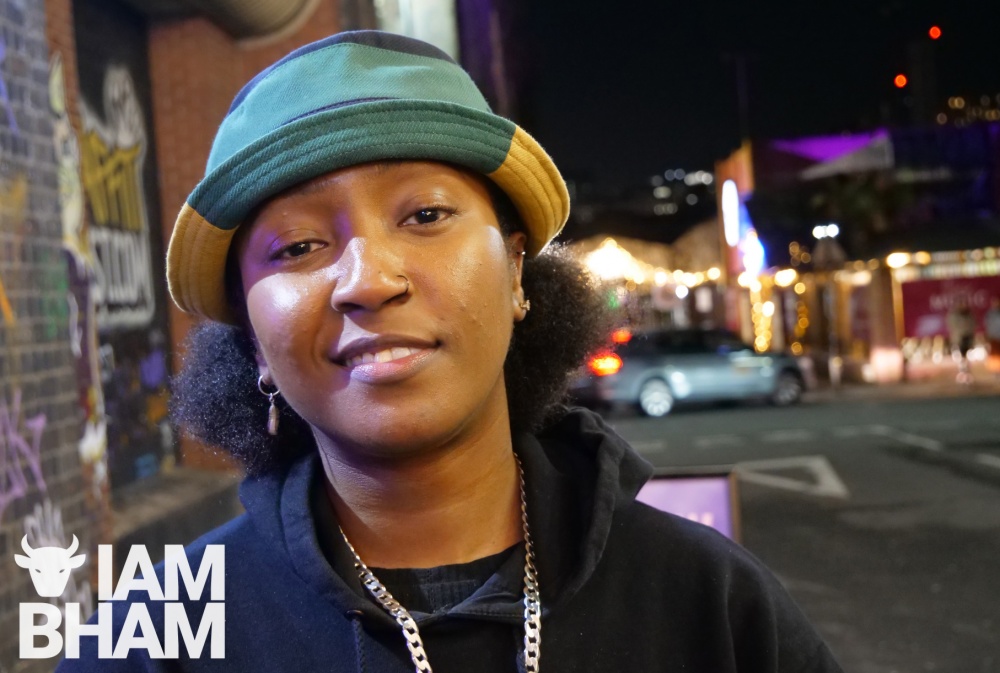 The Birmingham 2022 Festival has announced its six-month long cultural programme taking place across Birmingham and the West Midlands.

Organisers have revealed it will be the biggest celebration of creativity ever seen in the region and one of the largest ever cultural programmes to surround the Commonwealth Games.

There will be over 200 events including a spectacular open-air show, a brand-new Birmingham inspired album, an immersive 3D experience on public transport and a photography exhibitions across billboards.

But that’s not all, a city centre forest of magical proportions is also expected to open while visitors can enjoy stunning visual arts including a mass tap-dancing extravaganza.

With events running from March to September, the festival will put Birmingham and the West Midlands’ creativity, ambition, heritage and diversity on a global stage.

A brand-new album, On Record, featuring eleven original songs about Birmingham offers a sonic love letter to the city. Featuring new songs by Birmingham artists – including SANITY, UB40 and Dapz on the Map – On Record has been created and produced by Jez Collins of Birmingham Music Archive and Grammy-nominated producer Simon Duggal.

The multi-genre work will be available via a limited vinyl release and across all streaming platforms from Saturday 18 June. A new podcast and live event programme, In Conversations, will complement the album.

City rapper SANITY (formerly Lady Sanity) performed to around a billion viewers during the Commonwealth Games handover from the Gold Coast in Australia to Birmingham in 2018.

Ahead of the unveiling, Sanity told I Am Birmingham, “I can’t really say in too many ways how I’m involved but you will definitely see me about for the Commonwealth Games stuff. Anything to do with representing Birmingham, you know I’m down.

“There’ll be a number of stuff, incredible stuff, including the festivals that are happening around town and I’ll defo be included in some of them, so yeah, I can’t wait for this summer. Defo looking forward to it, it’s gonna be a great summer for Birmingham.”

Passengers on board a West Midlands Metro tram between Wolverhampton and Birmingham will be taken back in time while experiencing the world’s first immersive digital art powered by 5G.

Time Travel Tram, created by immersive storytellers Surfing Light Beams and Crossover Labs, launches living history into the 21st century by transforming the view from the tram windows into a 3D visual extravaganza of people and places from the region’s past.

Running throughout the duration of the festival, from 21 March – 30 September, Time Travel Tram will be accompanied by a contemporary soundtrack created by some of the West Midlands’ most exciting musicians and performers.

As the Commonwealth Games arrive in Birmingham, 10 festival commissions celebrate and explore sport.

In Coventry and Leamington Spa a new outdoor theatre show, by the Coventry group of artists Talking Birds, takes a loving and comedic look at the sport of Lawn Bowls. Come Bowl with Me takes place in the War Memorial Park, Coventry 16 – 17 July and in the Pump Room Gardens, Leamington Spa 23 – 25 July.

Elsewhere Outside the Box, by Untied Artists and The Play House, brings the story of Squash to life on the courts at University of Birmingham from 21 May, with a guest appearance from current Commonwealth Games Gold medallist, James Willstrop.

Artist Jaskirt Boora explores the role of gender and ethnicity in sport through a series of photographic portraits and recorded conversations.

People, Place and Sport – a collaboration with West Bromwich based community arts organisation Multistory – is a celebration of local communities and grassroots sport in the West Midlands and will take place from April to August in leisure centres across the region, as well as outdoors at Sandwell Valley Country Park.

A mass participation tap dancing and storytelling extravaganza will take to the streets of Birmingham on 18 June for the city’s biggest outdoor tap lesson and ‘shim-sham’.

Tappin’ In will bring people together to get the region tap dancing and chatting. This project will take place right across the region in Birmingham, Coventry, Stoke, Rugby, Cannock, Solihull, Tamworth and Telford.

Over 100 creative community projects will also take place across Birmingham. The Creative City Grants, generously supported by Birmingham City Council, have enabled 107 community groups to stage their own festival events.

Highlights include a large-scale mural created by the residents of Druids Heath working with the award-winning Birmingham artist, Mohammed Ali and in Small Heath Muslim teenagers will gather stories from their family histories to create a theatre show.

In the final month of the festival from 2 – 18 September, giant fabricated trees and thousands of plants will take over Birmingham’s Victoria Square in celebration of the cross-pollination which has shaped UK culture.

PoliNations – produced by Trigger Collective and part of UNBOXED: Creativity in the UK – will see a festival of free events including spoken word, music, and drag take place under the trees’ canopy, culminating in the Ballistic Seed Party – a day exploding with colour and creativity.

“The festival brings together diverse artists from across the region who are working in a huge range of art forms and community participation and inclusion is crucial to so many of the events. Above all, this is a festival made in the West Midlands for the Commonwealth and everyone is invited.”

Raidene Carter, Executive Producer for the Birmingham 2022 Festival, adds: “This will be a fantastic moment for Birmingham and the West Midlands. The Birmingham 2022 Festival will throw a spotlight on the wonderful creativity of the region across many communities. The breadth of open, free and accessible work in the programme is so inspiring and exciting. I think the festival is going to bring so much joy and entertainment to audiences and participants alike.”

The £12million festival has been supported by a range of funders with the aim of animating the entire West Midlands with ambitious creative works, this includes major support dedicated by Arts Council England, The National Lottery Heritage Fund, Birmingham City Council and Spirit of 2012.

The Birmingham 2022 Festival programme goes live at 10am on 28 February, visit birmingham2022.com/festival to find out more.

(Visited 711 times, 1 visits today)
https://www.iambirmingham.co.uk/2022/02/28/birmingham-2022-festival-launches-six-month-celebration-creativity/https://www.iambirmingham.co.uk/wp-content/uploads/2022/02/Lady-Sanity-the-MC-cropped-800x538.jpghttps://www.iambirmingham.co.uk/wp-content/uploads/2022/02/Lady-Sanity-the-MC-cropped-300x202.jpg2022-02-28T09:25:32+00:00Staff ReporterArtsCommonwealth Games 2022CommunityEntertainmentEventsMusicNewsSportsWhat's OnWorldYoung peoplealbum,Arts,B'ham,B2022,Birmingham,Birmingham 2022,Birmingham 2022 Festival,Brum,Brummies,Commonwealth Games,Commonwealth Games Festival,Dapz on the Map,games,I Am Birmingham,Lady Sanity,music,music album,Oc Record album,On Record,Sanity,summer,UB40The Birmingham 2022 Festival has announced its six-month long cultural programme taking place across Birmingham and the West Midlands. Organisers have revealed it will be the biggest celebration of creativity ever seen in the region and one of the largest ever cultural programmes to surround the Commonwealth Games. There will be...Staff ReporterStaff Reporter[email protected]AdministratorI Am Birmingham
« Hundreds of excited fans attend Peaky Blinders red carpet premiere in Birmingham
Commonwealth Games all-star album to showcase Birmingham music talent on global stage »