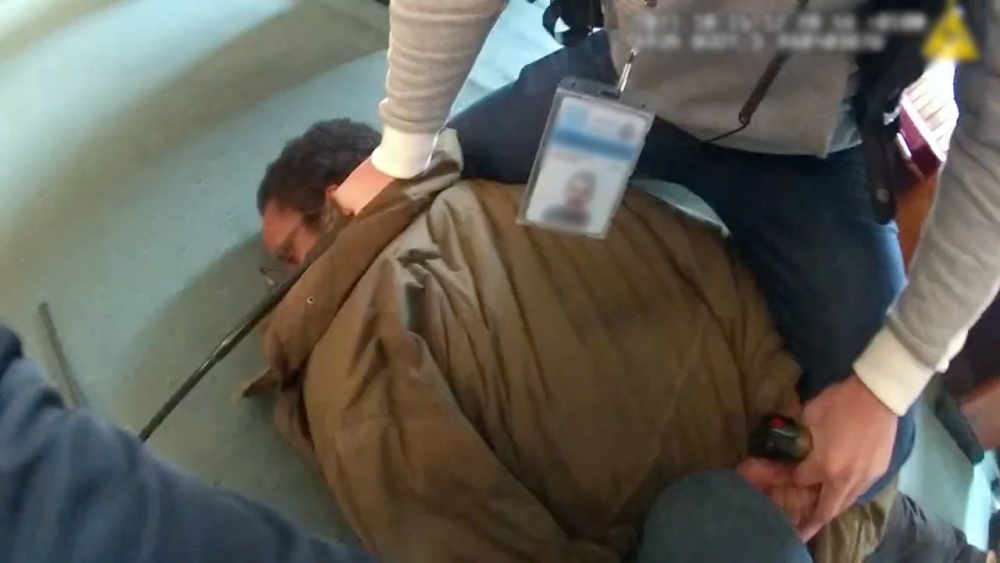 Monday’s edition of Dispatches on Channel 4 exposed shocking revelations about the failure of the government’s controversial de-radicalisation Prevent programme which is allowing some perpetrators, including far right terrorists who want to ignite a “holy race war”, to evade justice.

Dispatches: Are We Losing the War on Terror? (18 April) revealed the disturbing truth about the Government’s de-radicalisation programme, which is supposed to tackle extremism and engage with those believed to be at risk of radicalisation.

Reporter Darshna Soni investigated a broken system and heard how in some cases early warning signs are being missed and extremists are slipping through the net.

In the first segment of the documentary, Soni outlined the failure of Prevent to effectively tackle and root out Islamist extremism in the UK which has led to some shocking cases of terrorism, such as the brutal murder of Conservative MP Sir David Amess who was tragically killed at his Southend West constituency surgery last April.

25-year-old Ali Harbi Ali was last week given a whole life sentence after being convicted of the brutal murder.

She revealed startling details about the rise of far right extremism in the UK and how Prevent officials have failed to address this alarming issue.

Despite Prevent failing to fully register the threat posed by far right extremists, Soni explained that 18 far right sympathisers were convicted of terror related offences in 2021, and for the first time there were more prevent referrals for far right extremism than Islamist extremism. This is a 50% increase on the figures for 2020 according to Dispatches.

Soni said: “The nature of the terrorist threat in Britain is changing. Last year, for the first time, there were more Prevent referrals for far right extremism than Islamist extremism.”

To illustrate this disturbing trend Soni threw a revelatory spotlight on the threat posed by far right terrorists which Prevent has failed to tackle in a robust and serious manner. Some of these dangerous individuals are slipping through the net.

Soni explored disturbing examples where Prevent failed to address the threat of far right extremism in the UK.

Ben John, a far right sympathiser, was jailed in 2021 for terrorism related offences after police discovered he had amassed tens of thousands of white supremacist, satanic, and antisemitic documents. Officers also found a book containing instructions for the manufacture of explosives and rudimentary weapons.

Dispatches revealed alarming details about the failure of prevent to address John’s activities and officials closed his case rather than pursuing the matter more robustly. It took another year before John was investigated and arrested by police.

Another dangerous individual who fell through the Prevent net was Oliver Bells who was later jailed for possession of a terrorism handbook. Prevent were reportedly aware that Bells believed a racial holy war was looming but officials felt that he posed no threat. Despite being referred to Prevent, Bells remained at large for two years before he was arrested for posting anti-Semitic content on social media platforms by police.

Nazir Afzal, a former Chief Crown Prosecutor who has experience in dealing with cases of radicalisation, shared his concerns about the failure of Prevent to address serious cases of extremism and the threat posed to public safety by individuals who are on the security risk radar yet are able to carry out attacks.

Speaking about his frustration with Prevent, Afzal said: “The terrorists only have to be lucky once, the state has to be lucky all the time. I despair whenever I hear somebody say ‘lessons will be learnt’. Well, when are we going to learn the lessons?”

Soni also highlighted a loophole in the Prevent programme which gives potential referral candidates the option to decline to take part in the programme or leave at any time when taking part in the scheme.

This has allowed a number of British neo-Nazis who shared inflammatory anti-Semitic, racist and Islamophobic material to blatantly refuse to take part in the Prevent programme, potentially allowing them to continue their nefarious activities.

According to figures highlighted in Dispatches, the numbers of terror suspects refusing to take part in Prevent has increased. “We found that over the last 6 years, 1 in 10 people who Prevent have tried to engage with have refused to take part,” said Soni.

Mashkura Begum, a community leader from Birmingham who heads community empowerment organisation Saathi House in Aston, also appeared in the Dispatches documentary to discuss the negative exposure Prevent has had on the Muslim community in Britain which has resulted in an increase in Islamophobia.

Begum feels “toxic” strategy Prevent should to be scrapped for its “total failure”, which has created tension and suspicion towards Muslims, and and also for fracturing community relations in Britain.

She added: “Although Prevent was to tackle all forms of extremism, it felt like it targeted the Muslim community and isolated an entire generation.  Mainstream media and general optics was that Prevent was to ‘stop’ Islamist terror. We rarely heard about far right extremism in the same breath as Prevent and therein lies the issue.”

The Government says Prevent has deradicalised 3,000 individuals since 2006. But Jonathan Hall, its independent reviewer of terrorism legislation, told the programme: “There is no evidence that our deradicalisation programmes work.”

Channel 4’s ‘Dispatches: Are We Losing the War on Terror?’ is available to watch on All4 here.