NINE YEARS ON: How the racist murder of pensioner Mohammed Saleem by a Ukrainian neo-Nazi terrorist shook Birmingham 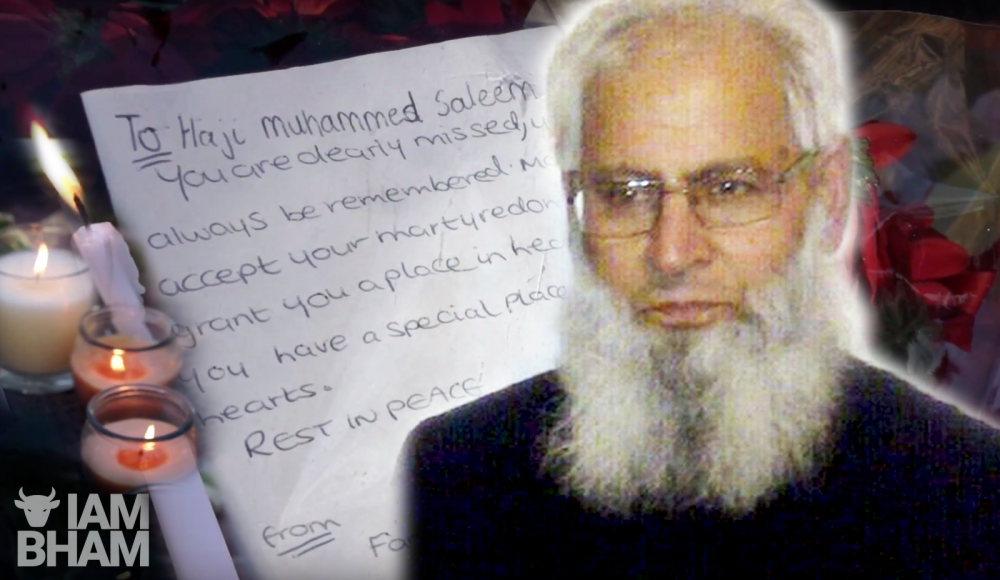 Today marks the ninth anniversary of one of the worst terror incidents in the recent history of Birmingham when an elderly and fragile Muslim man from Small Heath was knifed to death by a neo-Nazi terrorist.

The savage terror attack was the climax to a planned operation during which Lapshyn had planted bombs in three different mosques across the West Midlands, within five days of arriving in the country.

Lapshyn was a PhD student from Dnipropetrovsk in Ukraine, in the UK on a work placement with software company Delcam, yet he concocted and executed a racist plot to target the Muslim community which led to the horrific murder of Mohammed Saleem who lived in Small Heath.

Lapshyn was known for racist and neo-Nazi activity in Ukraine which included taking part in terror camps, and was later found guilty of attempting to blow up mosques in Wolverhampton, Tipton and Walsall during his brief stay in the UK. If these terror attacks had been successful the number of casualties would have been in the hundreds.

His vicious and fatal assault on Saleem was carried out not long after he settled in Birmingham where he enrolled into university and was accepted on a work placement.

Saleem had been walking alone near his Small Heath home when he was spotted by Lapshyn, who was carrying a knife. The neo-Nazi terrorist brutally stabbed Saleem three times in the back.

Lapshyn later told detectives that he decided to kill Saleem because he “was a Muslim and there were no witnesses.”

In statements during sentencing, Lapshyn said that his reasoning behind the murder and bombings was that “they are not white – and I am white”.

82-year-old Saleem was a grandfather and a respected member of the community in Birmingham’s Small Heath and Bordesley Green areas. Saleem was a much-loved figure and was known for his charity and community work over the years.

The callous slaughter of the pensioner left his loved ones devastated and, after a lengthy investigation, Lapshyn was caught, tried and imprisoned.

In 2020 the convicted killer pleaded guilty to making an explosive substance while serving his sentence in HMP Wakefield.  Laphysn admitted to prison officers he had been preparing chemicals. The terrorist is known to the authorities to be an experienced chemical engineer. Laphysn used several ingredients including salt, copper wire and a pencil to produce an explosive substance according to a professional expert.

Judge Tom Bayliss described Lapshyn as a “highly intelligent man” and shockingly did not add time to his sentence following Laphysn’s nefarious work on producing an explosive cocktail in prison.

Following the murder of Saleem in 2013, an initial police investigation was criticised by family members for failing to identify the attack as a hate crime.

Community vigils in the city added pressure and eventually the attack was viewed from a racially and religiously motivated perspective. This led to the discovery of the failed mosque bomb attacks which were designed to ignite a “race war”.

Maz Saleem, daughter of the late Mohammed Saleem, is an anti-racism campaigner. She has vocally campaigned against racism, Islamophobia, xenophobia and the far-right since 2013.

In an interview with I Am Birmingham, Maz Saleem said: “It just seems like yesterday, I mean everything comes back. We relive it most days because we live on the street where it happened, we walk past the scene everyday, so it is very raw.

“We always feel like we wish we were there, we wish we could’ve stopped it. It was literally a stone’s throw away from our house, you don’t expect this to happen, here in the UK on our streets.

“Lee Rigby was murdered three weeks after my father’s brutal terrorist murder, and Theresa May [the Home Secretary] went out with a Cobra meeting, Muslims were condemning the attack, there were meetings across the country, the media went crazy… we has Muslims had to apologise for this.

“But when my father’s terrorist murder [happened] in a similar attack on our streets in the UK – and also, Pavlo [Lapshyn] went on a bombing campaign… he put nail bombs outside three mosques – and yet, we didn’t get the same publicity, it was very quiet on the media front; and we need to challenge the media because this constant Islamophobic rhetoric that they keep putting out is not on.

“When Muslims are being murdered on our streets, when mosques are being bombed and graffitied, these are not being reported, so we really need to challenge the media and our politicians.”

She added: “When my father, Mohammed Saleem, first came to Britain as a young, handsome Pakistani man, he worked at the steelwork’s factory in Aston, Birmingham. Dad loved and respected this country and was so proud to be British. He never had a bad word to say about this nation.

“Devastatingly, at the delicate age of 82, my father was singled out on his way home from the local mosque after Ishaa prayers. He was targeted on the road he lived for most of his life, by a terrorist who had only been in the country for five days.

“He was singled out by a known Ukrainian neo-Nazi terrorist who was still allowed to come to the UK. A man who had shaken the hand of the British ambassador in Ukraine and then stabbed my fragile father to death and continued his violent terrorism over three months, placing nail bombs outside three mosques in Walsall, Wolverhampton and Tipton.

“And after his arrest, Lapshyn told police he wanted to start a race war in the UK.”

On the ninth anniversary of her beloved father’s death she is still seeking answers and demanding justice.  She is frustrated at the “double standards and hypocrisy by the British state” and says things have gotten worse rather than better since the death of her father in 2013.

“Increasingly racist and Islamophobic laws and policies are being pushed through by Boris Johnson’s Conservative government.

The shocking rise in Islamophobia and hate crime has caused fear within the British Muslim community and the threat posed by far right extremists and their ideologies are not being taken seriously either by police or government departments according to Saleem.

“My family found out the hard way that we cannot stop ideologies crossing borders. The UK allowed someone with a known history of neo-Nazism and bomb making skills to travel to Britain and cause devastation and destruction in the West Midlands,” said Saleem.

“It’s not good enough to condemn the murder of my father – the government and media have to recognise the role they play in the toxic climate that facilitated his murder; one that continues to downplay, and sometimes support, far-right ideology and demonise ordinary Muslims and minorities.”