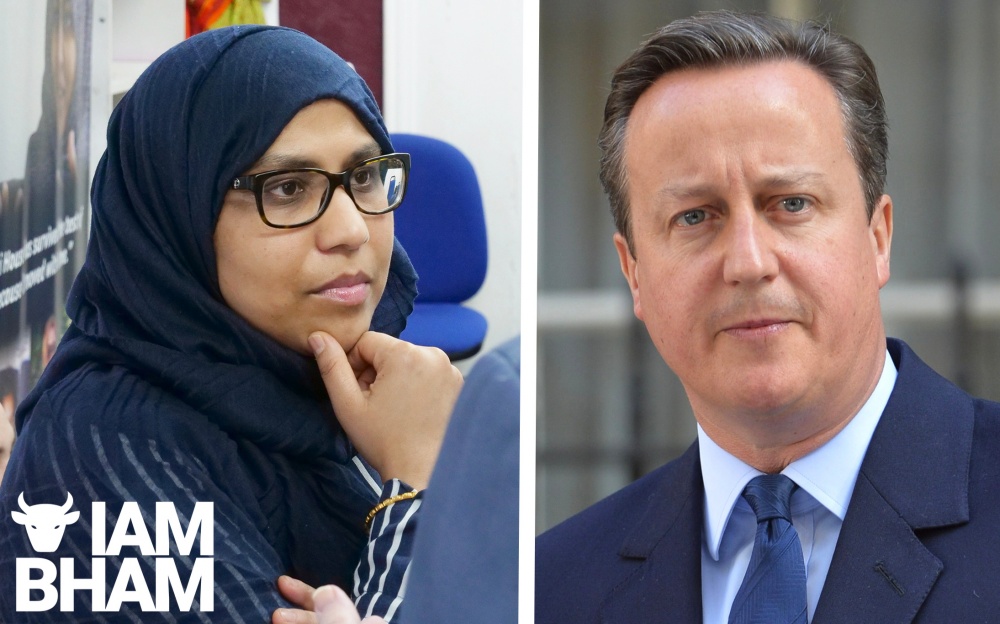 In a new report published this week, former PM David Cameron has claimed people who oppose controversial de-radicalisation strategy Prevent are fuelling terrorism, but Mashkura Begum – who is openly critical of Prevent – feels Cameron’s views are part of the problem, adding to a climate of demonising ordinary Muslims who challenge problematic strategies used to deal with extremism.

Standing against extremist violence and terrorism, Begum believes the government’s anti-terror Prevent programme has failed to stop radicalisation, but has instead sown the seeds of suspicion and hate towards ordinary Muslims.

“The Prevent counter terrorism programme has always been seen as a divisive initiative. In recent years it would be fair to say Prevent is seen as a toxic brand and has done far more damage in tarnishing the reputation of the Muslim community than good.

“British Muslim citizens widely feel the programme has mainstreamed discrimination and has disproportionately impacted the community. Since the programme was introduced, it was perceived that it was solely targeting ordinary Muslims, the media’s messaging was assigned to that common view.

“This has not helped with social cohesion and has further alienated Muslim groups.”

In their important report published today, @Policy_Exchange has lifted the lid on how a vocal minority is attempting to undermine efforts to prevent such radicalisation. We can't let the Prevent strategy be defeated by extremists. My article in @TheTimes: https://t.co/UldQcLaRuz

In an outspoken attack on opponents of Prevent, Cameron said organisations attempting to “delegitimise” counter-terrorism work were “enabling terrorism”.

In a foreword to the new report from right wing think tank Policy Exchange, he said: “In a country where everyone feels at home, there is no place for extremism. It sows division and hatred and threatens our very way of life.”

He continued: “I believe those who refuse to challenge the falsehood surrounding Prevent are guilty of a form of ‘passive tolerance’, whereby society fails to interfere in minority communities for fear of appearing racist.

His comments come as Home Secretary Priti Patel prepares to unveil an overhaul of the Prevent strategy which will strip local councils of control in an attempt to refocus on national security. The move comes in the wake of the murder of the Conservative MP Sir David Amess, whose killer was said to have carried no risk by Prevent officials.

A part of the government’s Counter Terrorism body, the aim of the initiaitve is to “prevent vulnerable people from being drawn into extremism”. According to the policing unit, “the government-led, multi-agency Prevent programme aims to stop individuals becoming terrorists and police play a key role.”

Last week, Begum appeared on Channel 4 Dispatches programme ‘Are We Losing The War On Terror?’ which explored failures within Prevent.

Chair of social empowerment organisation Saathi House, based in the predominantly Muslim neighbourhood of Aston, Begum said she understood the need for a programme to tackle extremism and radicalisation, whether rooted in religion or far right ideology. However, she feels Prevent is not fit for purpose and needs to be replaced with a fairer initiative.

“David Cameron is wrong. Our communities have always been eager and engaged to work with the government and authority in countering extremism and find alternatives that are more transparent, effective, and equitable; rather than the existing Prevent programme which is perceived as a government funded spy programme and has placed our teachers, lecturers, doctors and other professionals in a position to report on individual Muslims and groups. This has led to breakdown of trust and ‘othering’ of the community.

“The solution to tackling extremism is no longer the Prevent programme; unfortunately, it never has been, and the Government have been toned deaf to the Muslim communities’ concerns.

“The Government could do vey little to build trust now and it would be ill advised to continue with Prevent in its current guise, the optics around it are too negative and in reality, statistics clearly demonstrate the programme has had very limited impact on countering terrorism and far right behaviour, hence is there an legitimate argument to continue with it?”

She’s not alone in her outspoken views. The Muslim Council of Britain (MCB) is one of the organisations named in the report.

A spokesperson for MCB said it was “laughable” that Policy Exchange should claim proactive Muslim groups were an obstacle when the think tank had consistently led efforts to discourage cooperation between the authorities and the Muslim Council of Britain.

“We are exercising our democratic responsibility to scrutinise bad policy,” she said. “The MCB has always repeatedly and loudly opposed all forms of terrorism, but the Policy Exchange’s amnesia fails to acknowledge this.”

Amnesty International UK said Cameron’s defence of the Prevent programme was “shockingly misplaced” and “does more to demonise Muslim organisations”.

“Policy Exchange’s report should have instead focussed on the host of human rights violations committed by Prevent – and not just been another excuse to make scathing attacks on Muslim organisations.

“The former prime minister’s comments fail to address the real cases of Prevent referrals and the traumatic consequences it has on children. There is mounting evidence that the controversial counter-terrorism strategy discriminates and disproportionately targets British Muslims – specifically children and young people.

“Thousands of children are routinely referred each year to Prevent but have not been suspected of a crime, yet they are criminalised by having their data retained on secret databases with little transparency on how these are monitored and who has access to them.”

According to data shared by Amnesty, 39% of children referred under Prevent between 2014 and 2016 were recorded as Muslim and 38% were Asian.

“This is vastly disproportionate to these groups’ representation in the UK population,” stated Amnesty.

“Several cases of children referred to Prevent confirms the significant stereotypes on their racial and religious background.”

Controversial conservative think tank Policy Exchange has also been previously criticised. In 2007, a BBC Newsnight investigation revealed the group fabricated evidence in a report claiming to have uncovered extremist literature on sale at dozens of British mosques.

The Government says Prevent has deradicalised 3,000 individuals since 2006. But Jonathan Hall, its independent reviewer of terrorism legislation, told Channel 4 Dispatches: “There is no evidence that our deradicalisation programmes work.”

The strategy includes a statutory duty for NHS trusts, schools, prisons and local authorities to report concerns they might have about people who may be at risk of turning to extremism. Some of these reports have led to teachers reporting primary school children to police for having toy guns or talking about video games.

An ongoing independent review of Prevent by William Shawcross has been delayed, but is expected to report its findings later this year. But Amnesty has joined a coalition of 17 human rights and community groups in a boycott of the Shawcross-led review, citing “serious concerns about bias and a pattern of behaviour which demonstrated the Government’s unwillingness to seriously interrogate the Prevent Duty.”

Additionally, more than 450 Islamic organisations, including 350 mosques and imams, boycotted the review in protest against Shawcross being appointed to the role, following remarks he had made about Islam in 2012. As a director at the conservative Henry Jackson Society, he claimed “Europe and Islam is one of the greatest, most terrifying problems of our future.