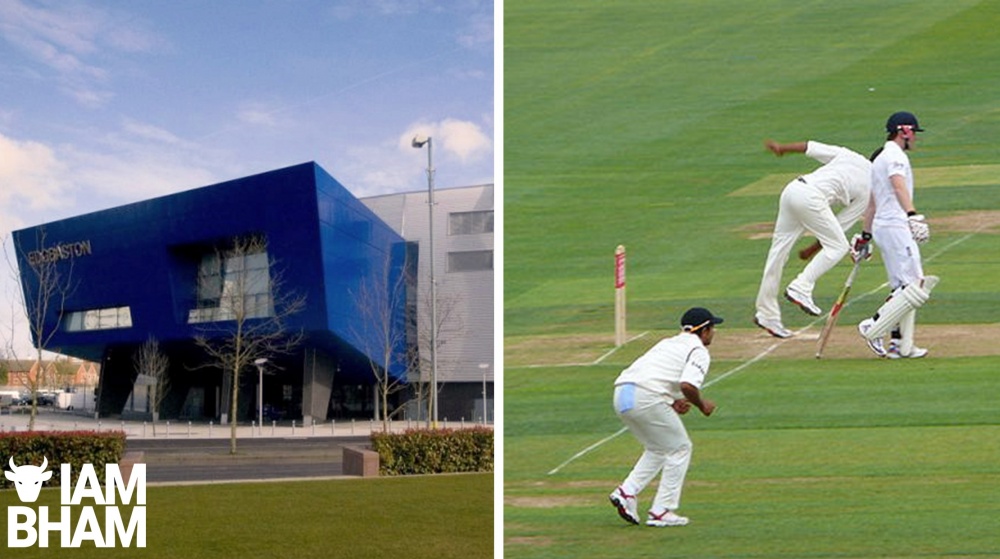 The England and Wales Cricket Board (ECB) and police have responded to shocking allegations of racist abuse in the crowd during the England vs India test match at Edgbaston Cricket Ground on Monday.

An investigation has been launched by West Midlands Police after Indian fans were racially abused and referred to as “P**i bastards” during the fifth test match in Birmingham.

Day four of the fifth test match between England and India has been “marred by the cancer of racism” according to people who witnessed the racial abuse which was targeted at Indian fans.

Tearful Indian cricketing fans said it was the “worst racist abuse they’d ever suffered at a cricket ground” and hope police arrest the offenders.

A police spokesperson confirmed that the force has launched a criminal investigation after reports were made about “racist and abusive” behaviour at the test match which took place in the world famous cricket ground on Monday 4 July.

West Midlands police issued an appeal for people to come forward, also for any video footage of the distressing abuse to be made available to investigating officers, so that any offenders can be identified and taken into custody.

The abuse reportedly started in block 22 of the Eric Hollies Stand. Indian fans were allegedly referred to as “P**i bastards” and “c**ts”.

The horrific racist abuse was reported at least 10 times to Edgbaston stewards who apparently failed to take action and instead asked the traumatised victims to get back to their seats.

Other Indian fans highlighted the shocking treatment at the hands of England fans who first started the abuse under the guise of “banter” before escalating it to offensive and intimidating gestures. The threatening behaviour by the racists left Indian fans fearful for their personal safety.

Other racist incidents during the match included Islamophobia levelled at a Muslim woman wearing a hijab who was with journalist Matthew Stadlen.

Mr Stadlen, said: “I was with my friend who wears a hijab, and an England ‘fan’ whispered the P word to me when we asked him and his mates for directions outside the ground.”

Edgbaston officials promised to look into the disturbing series of racist incidents at the cricket ground.

Chief executive at Edgbaston, Stuart Cain, said: “I’m gutted by these reports as we’re working hard to make Edgbaston a safe, welcoming environment for all.”

The ECB also commented on the hate crimes and said: ‘There is no room for racism in cricket.”

(Visited 594 times, 1 visits today)
https://www.iambirmingham.co.uk/2022/07/05/racism-rears-ugly-head-edgbaston-cricket-ground-indian-fans-abused/https://www.iambirmingham.co.uk/wp-content/uploads/2022/07/Edgbaston-Cricket-800x447.jpghttps://www.iambirmingham.co.uk/wp-content/uploads/2022/07/Edgbaston-Cricket-300x168.jpg2022-07-05T13:57:03+00:00Rangzeb HussainCrimeNewsRacismSportsabuse,B'ham,Birmingham,Brum,cricket,ECB,Edgbaston,Edgbaston Cricket Ground,England and Wales Cricket Board,Eric Hollies,Hate Crime,hijab,I Am Birmingham,India,Investigation,Islamophobia,Matthew Stadlen,Midlands,news,Police,Racism,Rangzeb Hussain,Stuart Cain,UK,West Midlands,West Midlands Police,WMPThe England and Wales Cricket Board (ECB) and police have responded to shocking allegations of racist abuse in the crowd during the England vs India test match at Edgbaston Cricket Ground on Monday. An investigation has been launched by West Midlands Police after Indian fans were racially abused and referred...Rangzeb HussainRangzeb Hussain[email protected]AuthorI Am Birmingham
« REVIEW: We Will Rock You – a truly magical kind of show
Teenager Vaughn Dolphin charged with ten terror offences in the West Midlands »