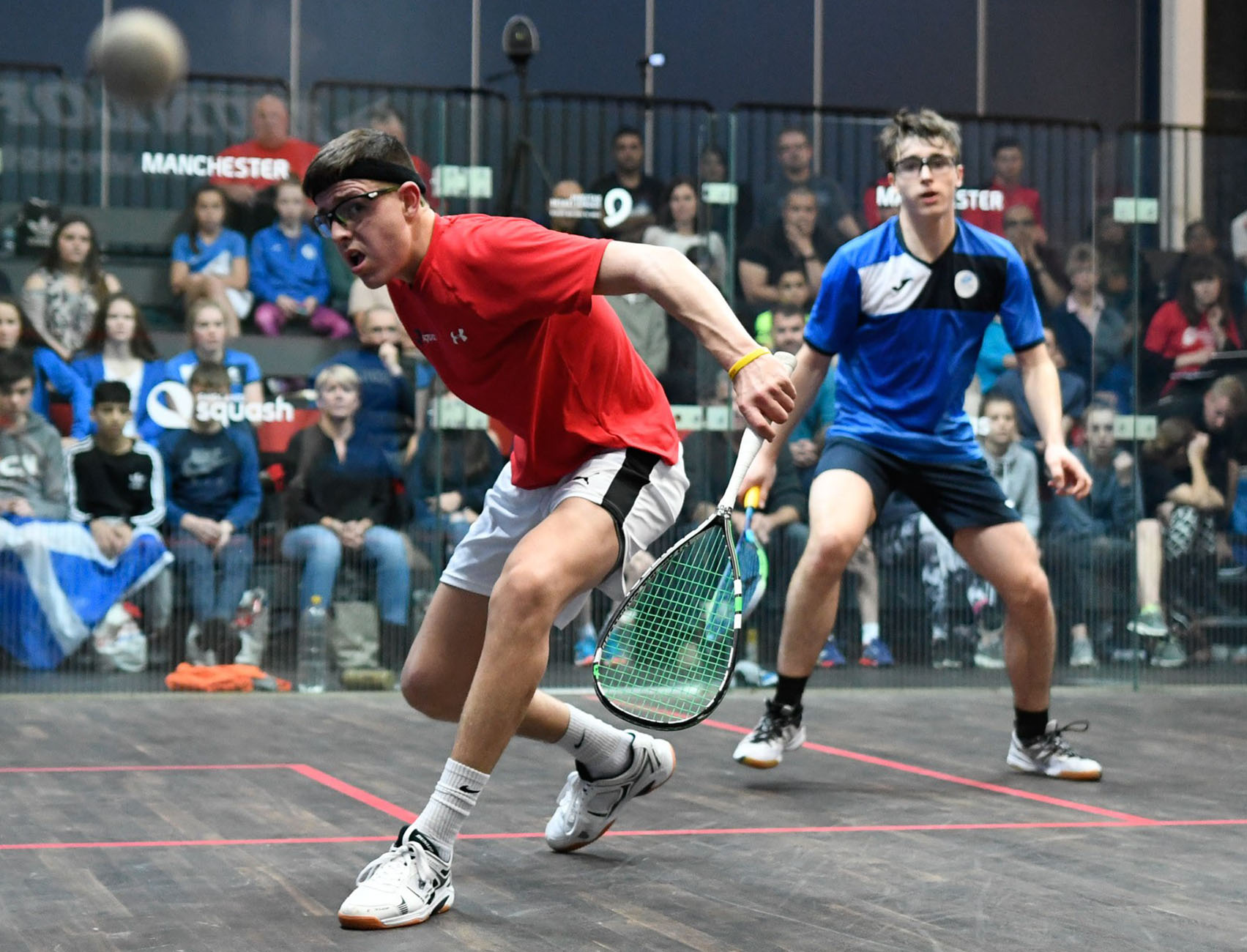 Local West Midlands hope Lewis Anderson will be gunning for glory when he competes in the prestigious Dunlop British Junior Open in Birmingham this weekend.

The 16-year-old from Warwickshire will be one of 220 English players and 650 overall in action at the biggest event in junior world squash, which features over 30 nations up to under-19 level.

Solihull-based Anderson heads into the event in top form after claiming his maiden title at the British under-17 national title in October, which has seen him seeded for the under-17 category at the Dunlop British Junior Open.

His win also saw him become the first Warwickshire male in over three decades to taste success at the British Junior Championships.

Anderson said: “I hope to play the best squash I can at the BJO and ultimately I would love to win. But I realise that there is tough competition from other countries.

“It made me realise that I can compete against the top players and beat them which has given me confidence since then.”

Anderson says it is the backing of two local coaches which has been the catalyst for his rise through the junior ranks.

He said: “Mike Edwards, the head coach at Edgbaston Priory, initially involved me as an eight-year-old junior to start playing for fun. He then coached me to start playing seriously and Mike Harris, the assistant head coach, became involved with my training around the age of 10.

“At 11 I felt that I had to choose between squash and football as I could not commit to both sports. Thankfully, squash won as I just love to play this fast-paced game.

“While other juniors then changed coaches and clubs I have remained loyal to both and I feel that it is now starting to pay off.”

Anderson is currently studying at Solihull Sixth Form College and recently returned from the US Squash Open where he finished in a credible seventh position.

“I am hoping to study at one of the Ivy League Universities and had discussions with various coaches while I was out there. It is great that the Commonwealth Games are coming to my local city in 2022 as it will be a great environment for me to see how the athletes at the top of the sporting game train, manage time and play. I am hopeful that squash will then become an Olympic Sport in the future.”

Lee Drew, England Squash national junior coach, said: “Lewis has improved massively over the last six months. He is a deceptive player, likes to hold the ball and express himself on the court.”

Due to the size of the event, the tournament will be played over four venues between Wednesday and Sunday, with the finals being played at the University of Birmingham, which will host squash and hockey at the 2022 Commonwealth Games.

The other West Midlands venues will be the Edgbaston Priory Club, Solihull Arden Club and the West Warwickshire Club.

Dunlop is a proud sponsor of the British Junior Open and Official Ball Partner of England Squash.

(Visited 320 times, 1 visits today)
https://www.iambirmingham.co.uk/2018/01/04/10795/https://www.iambirmingham.co.uk/wp-content/uploads/2018/01/4570b53f-b65a-4dea-9912-cd214985f84c-1024x782.jpghttps://www.iambirmingham.co.uk/wp-content/uploads/2018/01/4570b53f-b65a-4dea-9912-cd214985f84c-220x140.jpg2018-01-07T02:26:16+00:00Staff ReporterEventsInterviewsNewsSportsWhat's On2018,B'ham,Birmingham,BJO,Britain,British,British Junior Championships,Brum,Dunlop,England,England Squash,I Am Birmingham,Lewis Anderson,player,Solihull,Sport,Sportsman,sportsperson,Squash,teenager,University of Birmingham,Warwickshire,West MidlandsLocal West Midlands hope Lewis Anderson will be gunning for glory when he competes in the prestigious Dunlop British Junior Open in Birmingham this weekend. The 16-year-old from Warwickshire will be one of 220 English players and 650 overall in action at the biggest event in junior world squash, which features...Staff ReporterStaff Reporter[email protected]AdministratorI Am Birmingham
« Public meeting opposing Trump’s UK visit to be held in Birmingham
How a Birmingham lad used Calisthenics to shape up within months »