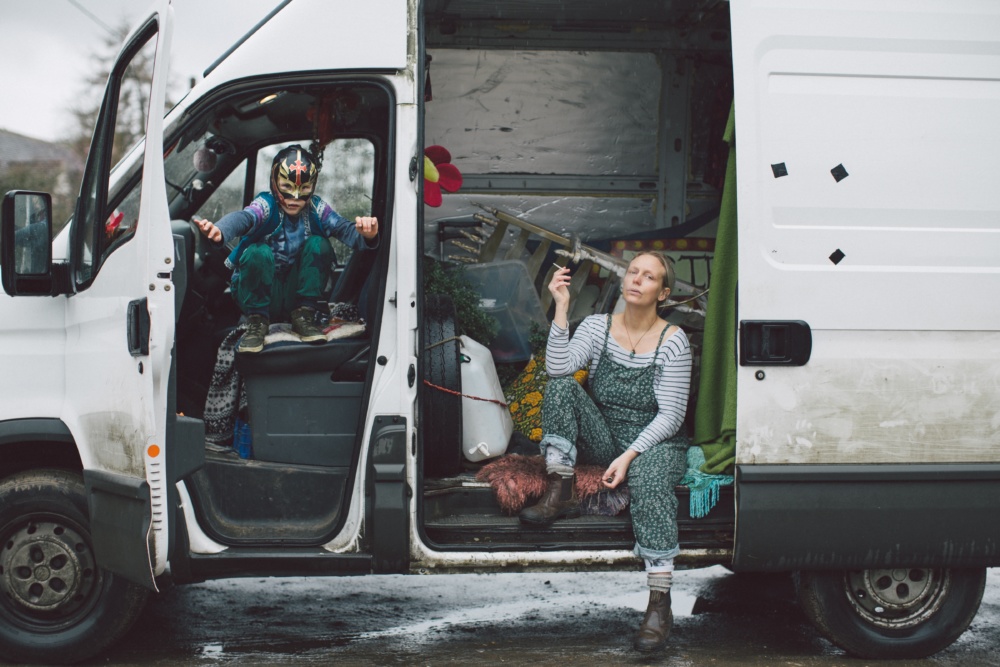 'Emily' by Polly Alderton is one of the photographs featured in new book 'Invisible Britain: Portraits of Hope and Resilience' by Paul Sng

A brand new book of powerful portrait photography is set for release in November, documenting real stories of people “left behind” by media narratives and isolated by the affects of austerity in today’s Britain.

Invisible Britain: Portraits of Hope and Resilience is a series of 40 stories and portraits spanning 120 pages, carefully curated by writer and film director Paul Sng, recently behind the critically acclaimed documentary Dispossession: The Great Social Housing Swindle; which focuses on the failures and deception behind the social housing crisis.

Sng worked with 42 photographers across the country, each photographing one portrait, with personal stories about each subject written beside the individuals in the photographs.

The book covers many intersections of modern British society and is not afraid to include a variety of views, from pro Brexit Craig Dodds through to Emily Green, a performance artist who feels that the current government’s policies work against her.

Each page is as powerful as the one before, and offers a 360 degree view of a Britain that is often difficult to see, hidden behind the overwhelming flurry of information presented by mainstream media outlets.

One thing to note is that Invisible Britain includes work from both established, award-winning documentary photographers, as well as newcomers. These include Birmingham-based photographers Inès Elsa Dalal and Andrew Jackson.

What impresses is the balance that is seen not only in the stories presented, but in the way the project was produced; and it’s that fairness across the board that really gives Invisible Britain its power.

It’s hard not to be moved by the combination of incredible portraiture and potent words in the book, and the team working with Sng have done an excellent job of creating a real artefact of history, documenting a difficult time in the country.

The publication has been praised by several high profile creatives and activists, with Nuneaton-born filmmaker Ken Loach, an outspoken critic of austerity, backing the book.

“This book illustrates a truth we cannot ignore,” he said.

“Class conflict is at the heart of our society, the inevitable consequence of this economic system. This should be the first principle of our politics. Paul Sng also shows another eternal truth: in the end, people always fight back. Our task is to ensure that their resistance is not in vain.”

Aditya Chakrabortty described the work as containing “Stories of defiance, of fight and of faith that a better country awaits us all.”

The book release has a U.K tour and stops in Birmingham on Sunday November 4th at Centrala Gallery. It will feature a screening of Sngs first feature documentary Sleaford Mods – Invisible Britain.

Following the screening there will be a panel Q&A with director/editor Paul Sng, curator/photographer Laura Dicken, photographers Andrew Jackson and Inès Elsa Dalal, plus Myles Evans-Reid and Aysha Iqbal, whose stories and portraits appear in the book.

(Visited 1,054 times, 1 visits today)
https://www.iambirmingham.co.uk/2018/10/31/striking-new-book-reveals-raw-portraits-invisible-britain/https://www.iambirmingham.co.uk/wp-content/uploads/2018/10/Emily-by-Polly-Alderton-800x534.jpghttps://www.iambirmingham.co.uk/wp-content/uploads/2018/10/Emily-by-Polly-Alderton-300x200.jpg2018-10-31T08:13:18+00:00Paul StringerBooksCommunityGalleryHomelessnessNewsPhotographyPoliticsStreet LifeWomxnYoung peopleAndrew Jackson,Art,Austerity,Aysha Iqbal,Birmingham photographers,Book,Britain,Centrala,Digbeth,Dispossession: The Great Social Housing Swindle,Diversity,Event,Hidden Britain,Hope,Inès Elsa Dalal,Inse Elsa Dalal,Invisible Britain,Invisible Britain: Portraits of hope and resilience,Ken Loach,Launch,Myles Evans-Reid,new book,Paul Sng,Photography,Portraits of hope and resilience,Poverty,Q&A,UKA brand new book of powerful portrait photography is set for release in November, documenting real stories of people 'left behind' by media narratives and isolated by the affects of austerity in today's Britain. Invisible Britain: Portraits of Hope and Resilience is a series of 40 stories and portraits spanning 120...Paul StringerPaul Stringer[email protected]AuthorI Am Birmingham
« What is the Halloween Twisted Carnival at the Bullring and how long is it there?
REVIEW: Halloween fright-fest ‘Drag! Me To Hell’ left me howling for more »