Police seize £1million worth of drugs, arrest 109 suspects and discover £20K cash and weapons in just one week 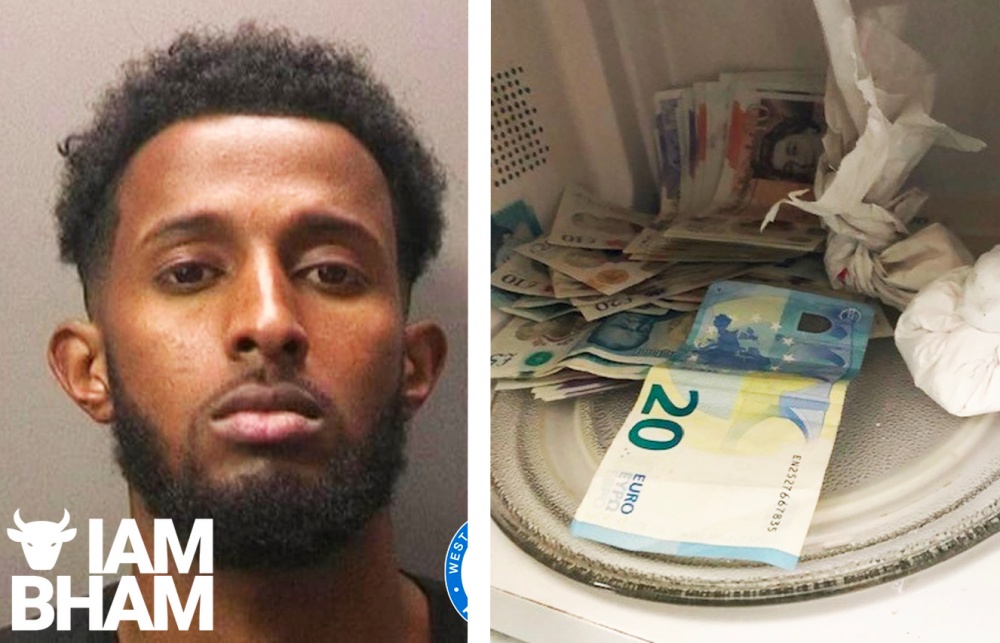 Police have seized around £1 million worth of drugs, over £20K of cash and weapons and arrested over 100 people suspected of running illegal narcotics supply chains – all within a one week period.

The action saw officers arrested 109 suspects and seize nearly £1 million in drugs along with £20,000 in cash and weapons.

While police forces across the country work together to run the offensive on drugs networks throughout the year, teaming up has meant West Midlands Police (WMP) have stopped many drug runners closer to home dead in their tracks.

County Lines offender Saed Ali was handed a long jail sentence after he was discovered to be behind the so called AA Line, which investigative officers found was Ali peddling Class A drugs from his Coventry home into Nuneaton.

Officers from Warwickshire Police uncovered the line when they raided a house in Nuneaton which had been “cuckooed” – that’s the term given to an address that’s been taken over by County Lines dealers as a local drugs den.

They passed the investigation to colleagues at WMP on 1 August last year, who traced the line to Ali’s home in Ventnor Close in Coventry.

After gathering evidence of the 27-year-old sending bulk marketing messages offering drugs for sale to more than 200 contacts on his drugs hotline – including messages which read “AA On” and another alerted users to “Deals n Drops” – cops executed a warrant at his home on 2 November and found Ali soaked in the bathroom as he tried desperately to flush drugs down the toilet.

“The toilet and floor were covered in white powder, while we also found drugs and bundles of cash in a microwave, cutting agents, dealer bags and a pan which he was using to ‘cook up’ crack cocaine,” said police.

Once caught, Ali went on to admit supplying heroin and crack cocaine and was jailed for five-and-a-half years at Warwick Crown Court on 14 March.

“We discovered the AA Line was active almost 24 hours a day with messages going out between 9am and 3am,” he said.

“Ali ran drugs up to the cuckooed address in Nuneaton and then got vulnerable people to sell the drugs and complete street deals on his behalf.

“It’s the classic County Lines model, he was exposing people to danger and the risk of attack from drugs rivals while he stayed at home and counted his proceeds, which we suspect ran into six figures.

What are ‘County Lines’?

The National Crime Agency defines County Lines as where illegal drugs are transported from one area to another, often across police and local authority boundaries (although not exclusively), usually by children or vulnerable people who are coerced into it by gangs.

The ‘County Line’ is the mobile phone line used to take the orders of drugs. Importing areas (areas where the drugs are taken to) are reporting increased levels of violence and weapons-related crimes as a result of this trend.

According to the National Police Chiefs Council (NPCC), a County Line is a term used to describe gangs and organised criminal networks involved in exporting illegal drugs into one or more importing areas (within the UK), using dedicated mobile phone lines or other form of “deal line”.

They are likely to exploit children and vulnerable adults to move and store the drugs and money and they will often use coercion, intimidation, violence (including sexual violence) and weapons.

Exploitation of young and vulnerable people

A common feature in county lines drug supply is the exploitation of young and vulnerable people. The dealers will frequently target children and adults – often with mental health or addiction problems – to act as drug runners or move cash so they can stay under the radar of law enforcement.

In some cases the dealers will take over a local property, normally belonging to a vulnerable person, and use it to operate their criminal activity from. This is known as cuckooing.

People exploited in this way will quite often be exposed to physical, mental and sexual abuse, and in some instances will be trafficked to areas a long way from home as part of the network’s drug dealing business.

The Children’s Society – who work with affected children from London, Birmingham and Greater Manchester – states County lines is “a form of criminal exploitation”.

“It is when criminals befriend children, either online of offline, and then manipulate them into drug dealing. The ‘lines’ refer to mobile phones that are used to control a young person who is delivering drugs, often to towns outside their home county.

“Children as young as seven are targeted. Young people aged 14-17 are most likely to be targeted by criminal groups but there are reports of seven year olds being groomed into county lines.

“Primary school children are seen as easy targets because they’re less likely to get caught. The grooming might start with them being asked to ‘keep watch’ but it soon escalates to them being forced to stash weapons, money, or become drug couriers.”

For more information from West Midlands Police on help to get away from gangs and for parents advice on how to spot the signs your child is being exploited, click here.