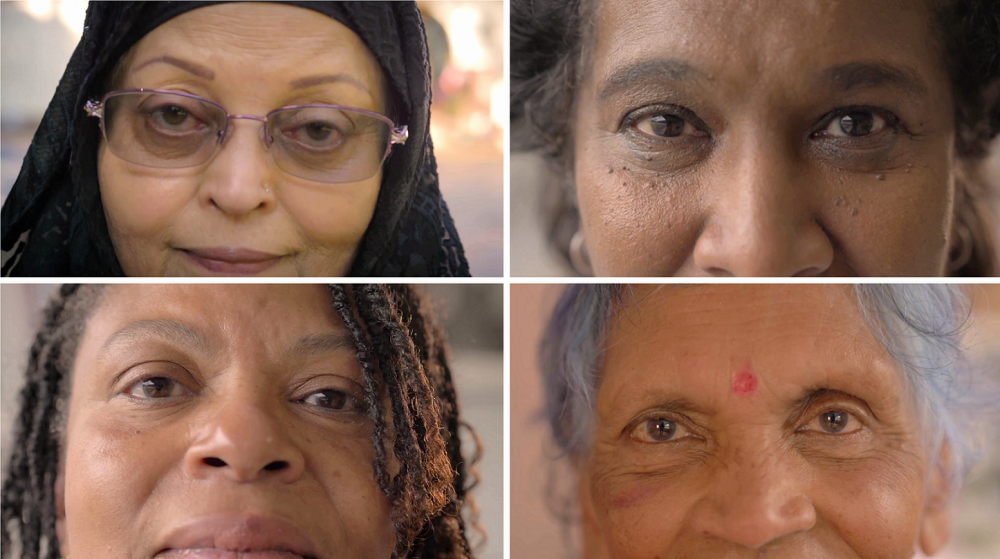 A powerful new documentary, which is to be screened during the Birmingham 2022 Festival, will showcase the untold stories of migrant women from the Commonwealth who made their home in Birmingham.

The deeply moving tales reveal the trials and tribulations – including the horrors of racism and sexism – suffered by the women as they settled in the Midlands.

Survival, inequality, a fear of failure and a sense of duty, these are the themes that run through a revelatory new documentary called Queens of the Commonwealth about migrant women who helped to rebuild this nation.

Twenty-two women from Commonwealth countries tell their heartbreaking migration stories for the first time, in the year that Birmingham hosts the Commonwealth Games.

Incredible women from across Commonwealth nations reveal what their journey was like, their impression of England, and the racism they encountered.

This courageous band of women relate their personal sacrifices – which included leaving behind their parents, some never to be seen again – and the shocking and hostile welcome meted out to them by racist bigots upon arriving to these shores.

They answered the call to help rebuild the UK after World War II, and they came from near and far, from the West Indies all the way to South Asia, these brave women left everything to come to this country.

The women reluctantly share tales of the daily abuses and challenges they suffered, and how they overcame these intense struggles, in a special documentary called Queens of the Commonwealth which forms a part of the This Is My City Festival 2022 Sports & Cultural Festival.

The documentary is produced and directed by Panikos Panayiotou of LGK Productions Ltd, and created by a team of Birmingham producers and researchers, with narration by TV presenter Suzanne Virdee.

The music in the film is created by Birmingham composers.

The documentary shines a vital light on the valuable contribution made by this collection of migrant women. Their hard work and effort put the UK back on its feet. Working long hours, often in unsafe conditions, and with less pay than their white colleagues, the women worked tirelessly to improve the lives of others.

They worked in the NHS, in textile mills, in warehouses and factories, in transport, even on farms. Sadly, much of their contribution has either been ignored, or airbrushed, out of the pages of history books.

Many of the remarkable stories in the documentary are being shared for the very first time, and one of the aims of this important film is to collect and preserve these life experiences before they are lost to time.

Twenty-two women, who travelled from far and wide from the Commonwealth, bravely relive and share their migrant journeys in the hope of inspiring migrants, refugees and asylum seekers who still continue to live under the horrors of racism, loss, betrayal, deprivation and alienation.

Beyond family circles of the migrant women who share their stories, their testimonies remain largely unheard in the wider community.

Queens of the Commonwealth documentary hopes to address and change that by highlighting this important collection of female voices.

The emotional and heartfelt testimonies in the documentary includes the story of Beverly Lindsay.

Hardworking and determined, Beverly arrived in Birmingham from Jamaica as a teenager in the 1960’s. She went on to become a hardworking community worker and midwife.

Like many people born in Commonwealth countries, Beverly grew up thinking that “UK streets were paved with milk, honey and gold”.

The reality couldn’t be more different.

Despite suffering racism, personal loss and grief, Beverly overcame the obstacles and found the courage to move forward just like the famous motto of Birmingham which forms a part of the crest in the city’s coat of arms.

Beverly has always found the time and energy to provide a selfless service to the development of her local community.

Over the years, this has been borne out by the many initiatives, organisations and events that Beverly has either been the founder of or has been instrumental in its creation. Many of the organisations still exist and provide vital services and support to the community.

Beverly became a member of the Rotary Club of Birmingham in 1997 and in 2012 became president.

Incredibly, she was the first African-Caribbean woman president in almost a hundred years history of the famous club.

Beverly also made landmark history in 2017 when she became the first black female in 500-years to become the Vice Lord-Lieutenant of the West Midlands.

When Beverly suffered personal tragedy – her son committed suicide – she found the courage to raise awareness about mental health issues.

This is a taboo topic in the community but Beverly continues to talk at events, and to individuals, about mental health issues and the support available to people.

Queens of the Commonwealth documentary also includes the stories of women from many countries including India, Cyprus, Pakistan and Malta.

Some of the inspirational and positive tales cross generations with children, and grandchildren, sharing their views about the strength and resilience of their mothers and grandmothers.

Each individual in the documentary shares a unique and gripping story about their journey to the UK and how they overcame the horrors of racism, misogyny, and intolerance by moving forward with hope, love and a shared community spirit.

A black-tie premiere screening of Queens of the Commonwealth documentary will take place on Saturday 9th July 2022 7pm at The Pavilion, Moor Pane, Perry Barr, Birmingham, B6 7AA. Tickets available at this link.