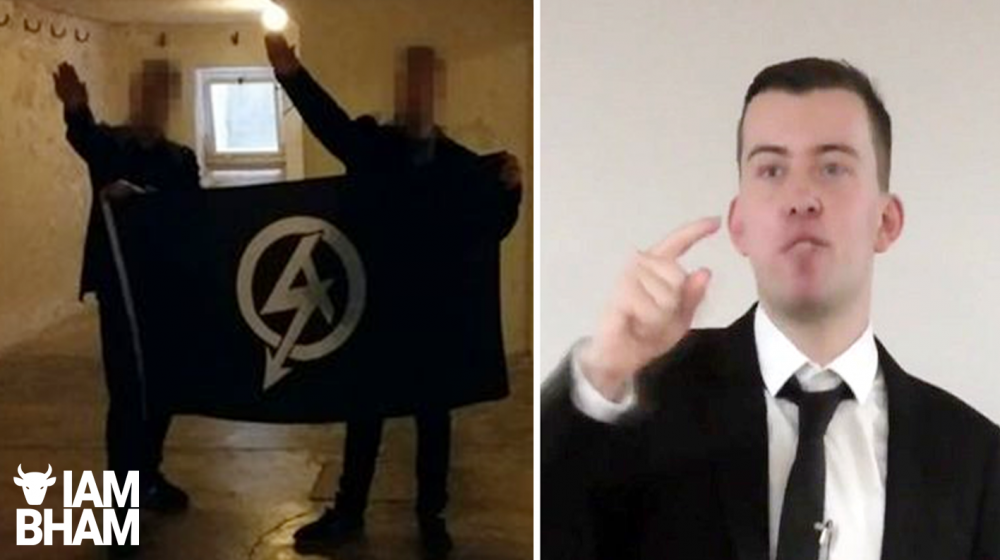 The co-founder of an extremist neo-Nazi group described as a “racist, anti-Semitic, Islamophobic and homophobic organisation” has been jailed today after a successful operation which involved officers from the West Midlands Counter-Terrorism Unit.

Alex Davis, aged 27, was convicted by a jury at Winchester Crown Court for being part of a violent white supremacist organisation called National Action which members described as a “white jihadist group”.

Davis, who hails from Swansea and was a student at Warwick University, set up the group with Ben Raymond in 2013. The pair began to recruit and radicalise fellow students and young people to their cause which included igniting a “white jihad” and spreading hatred against Muslims, Jews and LGBTQ+ people.

They aimed to create a National Socialist, or neo-Nazi, youth movement in the UK. The group organised “training camps” which included martial arts, street fighting, and using combat knives.

National Action advised members to enlist in the army or join the ranks of the police. “We need to be inside the institutions so that we can be in a position to influence things, and obviously you won’t last long if you’re too blatant about being a Nazi. It’s what Adolf did,” wrote Davis in 2017 as he groomed a new recruit.

Infamous members of the group included Ben Hannam (who joined the Metropolitan Police), Mikko Vehvilainen (a soldier who stockpiled weapons for the group), Jack Renshaw (who plotted to murder MP Rosie Cooper with a sword), Alice Cutter (a Miss Hitler beauty contestant who called herself the Buchenwald Princess) and Jack Coulson (who planned to “ethnic cleanse Muslims in Bradford” with a home-made bomb device).

The terror group modelled themselves on Nazi SS stormtroopers and toured the country joining flash demonstrations, which often turned violent.

Davis also visited Buchenwald – a former concentration camp in Germany – where he callously posed with the National Action flag and gave Nazi salutes in the execution chamber.

In York in May 2016 Davies was seen shouting into a megaphone in front of a banner containing the words “Refugees not welcome: Hitler was right.”

By December of the same year National Action became the first far-right organisation to be banned  by the government after the group had “terrorised” towns up and down the country and called for an “all-out race war”.

The group would target female Members of Parliament who offered support to refugees and advocated immigration. The terror group made headlines when members celebrated the murder of MP Jo Cox by a far-right terrorist.

However, despite being the first far-right group since the Second World War to be proscribed, members continued to meet in secret using encrypted messaging platforms to communicate.

Davies, a previous BNP Youth member, was known as a recruiter for the group and personally vetted people to establish how useful they could be. He was extremely careful around security and travelled hundreds of miles, preferring to meet in person rather than risk written communication.

During the court trial Davis was described by the prosecution as the “extremist’s extremist” and “a modern-day Heinrich Himmler” who headed the dreaded SS.

Outlining the core aims of Davis’ terror group, Barnaby Jameson QC said: “It advocated the same Nazi aims and ideals – the ethnic cleansing of anyone who did not fit the Aryan Nazi mould: Jews, Muslims, people of colour, people of Asian descent, people of gay orientation, and anyone remotely liberal.”

Davis was sentenced at the Old Bailey today (7 June), and will spend an extra year on licence after the eight-and-a-half year sentence finishes.

Detective Superintendent Anthony Tagg, from West Midlands Counter-Terrorism Unit, said: “National Action not only set out to spread fear and division, they also sought to carry out ethnic cleansing to establish a white homeland through the utilisation of violence.

“Our officers have worked tirelessly to secure convictions of men who posed a significant threat to communities across the country.

“They were not merely armchair terrorists, they actively planned a race war. They recruited from positions of trust – the military and the police.

“They stockpiled weapons, and researched explosives and bomb-making. They trained their members in boxing, martial arts and knife fighting.

“Extremists use this kind of ideology to create discord, distrust and fear among our communities and we strive to counter this. I would encourage people to report hate crime to us and it will be taken seriously.

“As a result of these investigations, we have seen a significant increase of right-wing referrals to our Prevent programme.”

Detective Superintendent Gareth Rees, the Extreme Right Wing Terrorism lead for the national Counter Terrorism Policing network, said: “The conviction of Alex Davies demonstrates policing’s commitment to pursue those who seek to spread fear and spark dissent in our communities.

“Since the proscription of National Action in 2016, officers across the country have worked tirelessly to identify individuals who continue to engage with, and further, the toxic and dangerous ideology of this terrorist group.

“The work of the Counter Terrorism Policing network has led to a significant number of convictions for membership of National Action, and I hope that the sentences served by the courts are a warning to those who may be tempted into such activity in the future.

“Today’s conviction is a significant moment in our efforts to dismantle National Action and ensure its founders, members, and those who support this proscribed group are brought to justice, however it does not signal the end of our work.