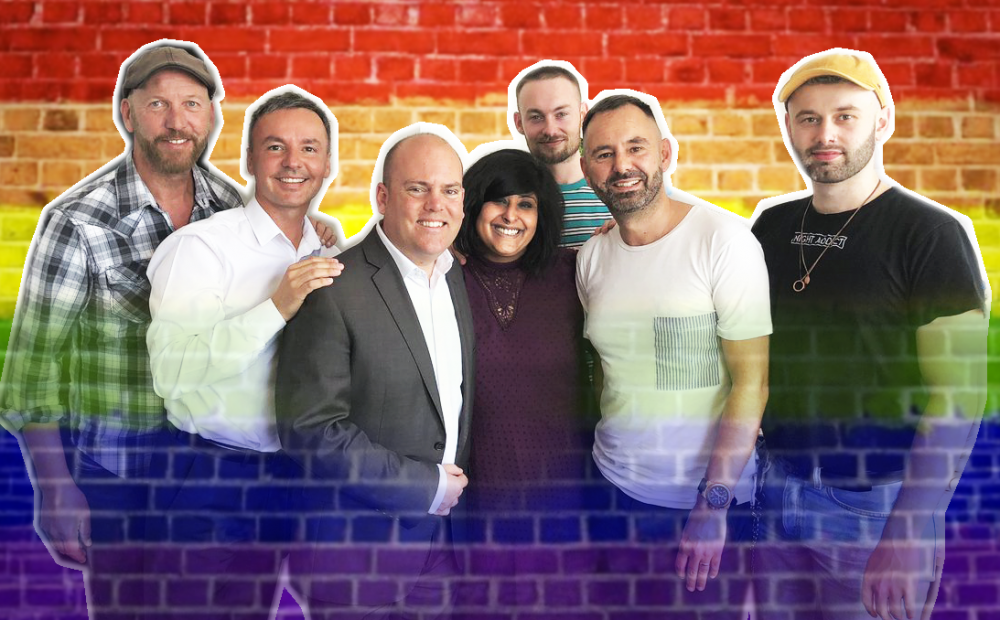 Muslims will be launching Birmingham Pride celebrations for the first time in the event’s history as they march alongside prominent gay school teacher Andrew Moffat at the very front of this year’s parade.

While Moffat has been selected to front the Pride parade this weekend, event organisers are adamant he will be flanked by LGBT+ Muslims and their allies as an expression of solidarity following anti-LGBT education protests outside Parkfield Community and Anderton Park primary schools in Birmingham this year.

The official theme for Pride festivities this year is Love Out Loud, allowing all participating to display their representations of equality, visibility and universal love.

However, recent protests outside schools in the city have put a national spotlight on Birmingham and its lesbian, gay, bi, trans and queer community. The protests began outside Parkfield Community School in Saltley earlier in the year after a parent expressed outrage at the teaching of LGBT equality as part of the national Equality Act, citing storybooks depicting children with two fathers and two mothers.

Several parents then launched a campaign against the educational materials, claiming it was an affront to their religious beliefs, specifically targeting the ‘No Outsiders’ programme and its creator Andrew Moffat.

This anger became a series of protests which were then hijacked by conservative Muslim, Christian and Jewish activists from Birmingham, London and Manchester. While some parents claimed they were not consulted about the materials and were happy with them being taught once their children were older, other activists demonstrated an outright intolerance for any teaching of LGBT education and several protesters were documented expressing homophobic sentiments.

In response, a number of LGBT+ Muslims and their allies from across the country have stood behind Andrew Moffat and LGBT equality being taught in schools as part of the Equality Act 2010, which covers disability, gender, race, religion and sexual orientation.

Supporting Education of Equality and Diversity in Schools, known as SEEDS, was set up to champion equality in education after the first wave of protests began in Birmingham. The organisation has been supporting the teachers at both schools where protests have been taking place, and have also met up with parents on several occasions to discuss mediation.

Members of SEEDS have also left messages of support outside Anderton Park School in Balsall Heath, where they were recently chased away by masked men who pelted them with eggs. Last month, they successfully campaigned against Warley MP John Spellar, encouraging him to do a full u-turn after he initially voted against LGBT inclusive education.

Group co-founder Saima Razzaq is one of the organisation’s many Muslim members, who have been leading dialogue to ensure the protests don’t become perceived as a conflict between the LGBT+ community and Muslims, inadvertently overlooking the existence of LGBT+ Muslims, whose experience she believes directly reflects the young people most affected by the school protests.

Razzaq will be marching alongside Moffat, SEEDS members, LGBT+ Muslims and their allies when Birmingham Pride kicks of on Saturday at noon with a parade from Victoria Square to Hurst Street in the city centre’s Southside district.

Together, they will front a rainbow parade made up of thousands of teachers, activists, families, drag artists, dancers and trade union officials; as well as students from local universities, sports groups, charities, politicians, police, business owners and lots of bright and colourful costumes and dressed up floats.

Speaking to I Am Birmingham, Razzaq said: “As a gay Muslim woman, visibility for me is more important than it’s ever been. Whilst the fanfare outside schools continues, protesters need to understand that their actions will have a devastating impact on children from all communities.

“At a time where the far-right are on the rise at home, across Europe and with Trump , the priorities of the protestors are dangerous and wrong. The toxic effect on community relations hinders our ability to unite and fight. The far-right would take away all equality and all rights for oppressed groups. United we stand, divided we fall.”

Speaking of his joy at leading this year’s parade, Andrew Moffat said:

“I’m overjoyed that Birmingham Pride have asked me. My role is to stand up there and say that ‘No Outsiders’ needs to be taught in schools because this is how you help end homophobia – by teaching children about different people from an early age.

“The message that I want to give is that it’s not a case of Muslims versus LGBT or different cultures not getting along. It’s about bigotry and fear, and the great thing about Birmingham is its diversity and that we can all get along.

“Birmingham is a great place. There are no no-go areas for LGBT people – but we can’t be complacent. We have to be out there, we have to talk about it and we have to work together.”

“We’re delighted that Andrew [Moffat] is going to be leading the carnival parade this year, joined by Muslim friends, in a space that celebrates equality, freedom, respect and tolerance for all communities.

“There’ll be many families from all different types of communities shoulder to shoulder with the LGBTQ community, and to have Andrew at the front of that with Muslim friends, that’s the message we’re sending out this year.”

This is expected to be the first time in history a British Pride parade has been actively led by members of the Muslim community.