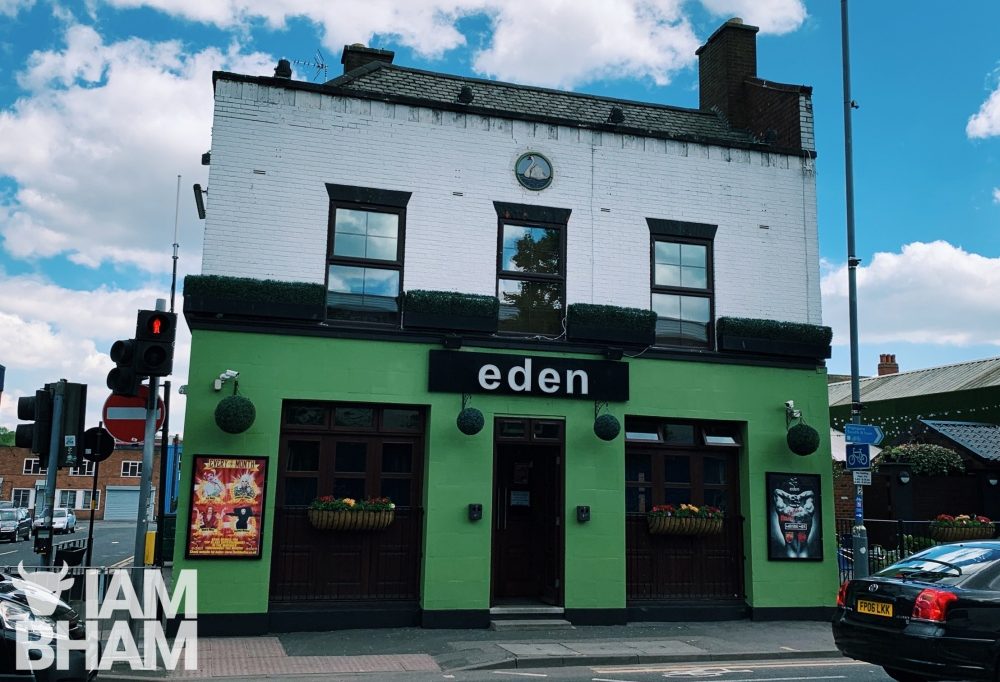 Should planning permission go ahead, owners have said it unlikely that their lease will be renewed in four years time (Photo: Joshua Williams)

In a devastating blow to Birmingham’s LGBTQ+ community, a recent planning draft has been released by Birmingham City Council showing popular venue Eden Bar locked in by new apartments.

As part of the Rea Valley Urban Quarter Masterplan, the new developments will see new apartments built on either side, and the rear, of the venue prohibiting the venue from making too much noise due to complaints.

Beginning its life as The White Swan, Eden was born in 2008 after undergoing extensive refurbishment. Featuring a large garden area and a beautifully presented marquee, Eden is known as a favourite amongst gay men and their friends whilst supporting Birmingham’s transgender community in as big a capacity as it is able.

Disappointingly, the prospects for Eden Bar, and the threat of closure due to developments, is not a new feat. Stemming from plans released at the end of 2018, the Nightingale Club, the region’s largest LGBTQ+ club, faced identical issues whereby planning permission was recommended in close proximity to the Nightingale Club.

This led to a wave of protests and direct political action towards Birmingham City Council in a bid to save the Nightingale Club from being restricted by residential developments.

In the case of Eden Bar, the development plans have been drafted as part of the Rea Valley Urban Quarter Masterplan which aims to create over 5,000 new homes in a series of mixed-use neighbourhoods. Though not officially approved, Birmingham City Council have stated that they will seek a public consultation over the coming weeks.

Should the developments go ahead, similar to Birmingham’s much loved Blackbox in Digbeth, noise complaints from residents have the possibility to inhibit Eden Bar and lead to a premature closure of the premises. This would be due to the venue’s lease not being renewed in the wake of noise complaints of residents bordering the bar.

Disappointingly, the news comes on the back of this year’s Birmingham Pride which saw the largest ever turn-out to support Andrew Moffat and the No Outsiders programme. In a display of solidarity between Moffat and Muslim community groups, over 100,000 revellers descended on the city centre.

At the Birmingham Pride Parade start in Victoria Square, Councillor Ian Ward, leader of Birmingham City Council, reaffirmed his commitment to the city’s LGBTQ+ community; promising equality regardless of background, ethnicity, religion and sexuality. However, on the back of the Pride festival, the development information has now bled into public knowledge.

Speaking to Midlands Zone, Garry Prentice, co-owner of Eden Bar alongside Cal Eden, said: “The gay village is very important to a lot of people – it’s a safe place where they can be themselves without looking over their shoulder, and Eden is a vital part of it.

“We need everyone to urgently lodge their concerns within the consultation period, which closes on 12 July, and help us try and protect Eden within this development”.

To make your voice heard on the topic, you can submit your opinions on the developments to: https://www.birminghambeheard.org.uk/economy/rea-valley-spd/consultation/intro/